In the past two weeks, our crew has testified, held press conferences, spoken with young people, presented on academic panels, sponsored a documentary, and broadcast our policy recommendations on the radio. 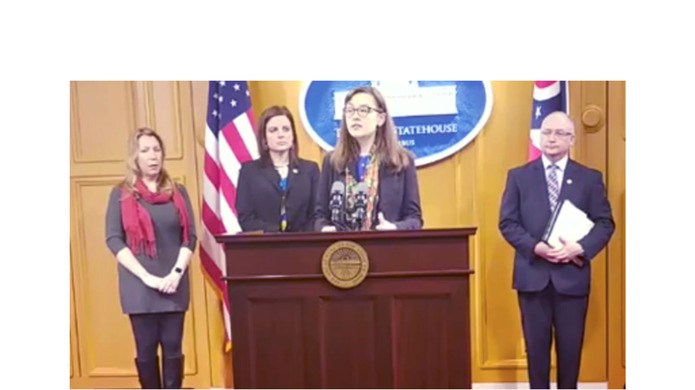 Restore the 40-hour week: Most full-time salaried workers in Ohio aren’t paid overtime, even when they work well over 40 hours. Ohio workers who make more than $23,660 a year (92 percent of us) aren’t eligible. In 2016, the Department of Labor tried to protect these workers, but the Trump administration blocked that move, costing Ohio workers more than $18 million so far. Our Hannah Halbert joined State Representatives Brigid Kelly and Kent Smith to call for intervention by state legislators. As recommended in our recent report, A new way forward: 10 ways to support Ohio’s working people, Hannah urged lawmakers to raise the overtime threshold to $47,476.

Work requirements don’t work: Governor John Kasich brought Medicaid expansion to Ohio, delivering health care to more than 700,000 of our neighbors. But his administration, as ordered by the legislature, intends to end health coverage for Medicaid beneficiaries if they don’t work at least 80 hours each month. The plan would jeopardize coverage for many Ohioans who already work. This week, the Center on Budget and Policy Priorities released a study of a Kentucky initiative similar to the one proposed here, finding that almost half of low-income workers nationwide could lose coverage, despite being employed. Workers could be knocked off because they get only 79 hours of work one month, because of administrative mistakes by their employers, or because of a missed deadline. Like work requirements for other assistance programs, this will penalize enrollees who do have jobs. You can help – tweet @JohnKasich using the hashtags #MedicaidWorks and #KasichDontSubmit. Let the governor know work requirements don’t work.

Too many tax breaks: Next year, Ohio will give away $9.4 billion in tax expenditures – money that could be spent on schools, infrastructure, and programs that protect kids, seniors, and people with disabilities. Until now, Ohio had no mechanism to assess whether these breaks are worth it. A new Tax Expenditure Review Committee is now set to meet three times in the coming weeks to evaluate 15 of the 129 tax breaks in Ohio’s tax expenditure budget. However, the committee hasn’t revealed how that process will work, the information it will require, or the criteria it will use. In testimony to the committee, Wendy Patton advocated a rigorous approach to evaluating these invisible entitlements.

…For example: Ohio’s Commercial Activity Tax gives special dispensation to grain handlers, who store and move grain to market. Ohio’s Department of Taxation estimates the break will cost Ohio almost $16 million in the next two years. Among the beneficiaries are five of the largest commercial grain handlers in the U.S., including Archer Daniels Midland, which netted a whopping $62.3 billion in 2016, in part thanks to taxes Ohio didn’t collect. Wendy’s recent Tax Break Take, notes that amount “could restore state funding to the Senior Community Services Block Grant,” which provides essentials like food and transportation to seniors. That’s just one of the programs that could benefit if the review committee uses the rigorous standards we advocate. 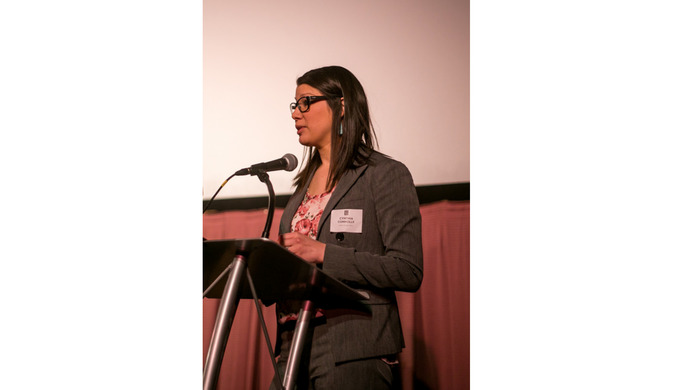 Policy night at the movies: Join us at the Cedar Lee Theater on April 26 to see the heart-wrenching, moving and smart documentary, Zero Weeks, about America’s paid leave crisis and its effect on working families. We got to see this amazing film, from director Ky Dickens, when we cosponsored it at the Cleveland International Film Festival last week. Backed with hard data and analysis from advocates, policymakers and legislators, Zero Weeks makes a compelling case for paid family leave at the state and federal levels. Ohio legislators want to fix this, with Representative Janine Boyd’s HB 550 in the house and Charleta Tavares’ companion bill in the State Senate, SB 261 – contact your legislator to sign on. And don’t forget to join us at the show.

Out and About: Last Saturday, Daniel spoke about policy and advocacy to the Impact 25 Youth Council of Empowering Youth Exploring Justice. He and Victoria attended Data Days CLE, where Victoria took part in a panel discussion about open data and public policy. Cynthia represented Policy Matters at the 42nd Cleveland Film Festival, delivering opening remarks at both showings of Zero Weeks. And Amy Hanauer joined Flash Ferenc on America’s Workforce Radio for a second conversation about Hannah’s report, A new way forward: 10 ways to support Ohio’s working people.

Countdown to the primary: A posse of amazing groups including the Northeast Ohio Young Black Democrats, the Cuyahoga County Progressive Caucus and the East Cleveland Democratic Club, along with many others, has invited all of the Democratic candidates for Governor to meet you at the Cleveland Heights Recreation Center, next Saturday April 21 from 5:00 to 7:30 p.m. Our Amy Hanauer will moderate the forum, alongside Ivan Conard of the Young Black Dems. Details are being finalized – like our Facebook page to make sure you get the latest.