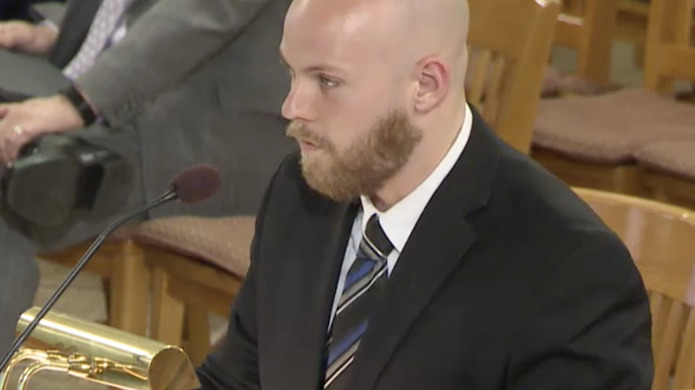 A great idea in the state Senate: Nearly 900,000 Ohioans still don’t have access to broadband. A new bill moving through the Ohio Senate could reduce that number, committing $50 million a year to build out the state’s broadband infrastructure. Rob Moore testified in support of the legislation, highlighting the economic benefits of high-speed internet access to rural consumers and businesses.

A terrible idea in the state Senate: When the General Assembly passes a law, state agencies write rules to enforce it. A lot of laws either prohibit or require something, so a lot of agency-written rules include words like “prohibit” or “require.” If this feels like the lead-in to a Schoolhouse Rock number, it’s because these are basic tenets of government. A group of Ohio state senators want to change that. Zach Schiller travelled to Columbus this week to testify against a bill that would require agencies to eliminate almost a third of the regulations that, for example, keep air breathable, soil arable, water potable, restaurants sanitary, hospitals licensed, streets free of debris, and politicians honest. 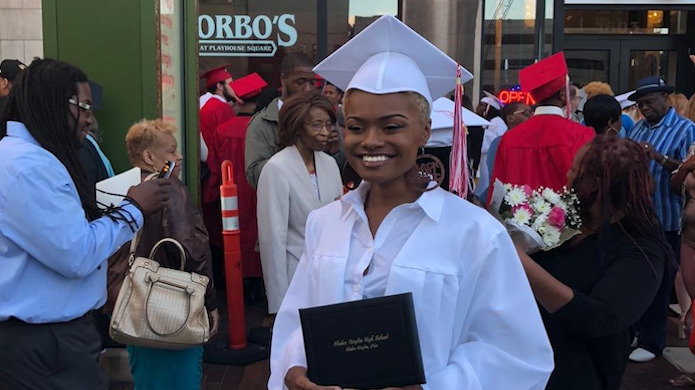 Graduation season: Like thousands of other Ohio teenagers, Brynn Williams graduated from high school last week. And like many of her peers, she’s psyched to start college in the fall. Less exciting is the prospect of crushing student debt, made all the more threatening by recent cuts to federal student aid. Brynn wrote about this mix of excitement and anxiety for our blog. We got to know Brynn when she did her senior project with Policy Matters this spring: She’s exactly the kind of person whose future we should invest in.

President greenlights racist car loans: Back when the Consumer Financial Protection Bureau (CFPB) actually engaged in consumer financial protection, it issued regulations that helped curb racist auto financing practices. Many car dealers and loan financers were in the habit of hitting people of color with especially high interest rates. The CFPB’s rules curtailed that practice, and helped thousands of borrowers recoup over $140 million in restitution. Last week, Congress and the President made it harder to enforce those rules. In a recent blog post Kalitha Williams explores the roots of financial Jim Crow, and its current forms.

Weak in review: The Tax Expenditure Review Committee wrapped up its first round of reviews last week. In three sessions lasting less than four hours in total, the unfunded, understaffed committee heard testimony on $5.5 billion in annual tax breaks. For most of the expenditures under review, no one appeared before the committee to explain why the tax breaks exist or whether the state sees any return on investment. Wendy and Zach have covered the proceedings from the beginning, and are not impressed with the weak results.

An embarrassment of riches: This week, Policy Matters welcomed our high-powered roster of summer interns! Brett, Grace, Leah, Michael, Kesia, Sonia, Trisha and Abby immediately put their shoulders to the wheel, gathering data, designing infographics, and getting even smarter about Ohio’s policy landscape. Stay tuned to our Facebook feed for personal introductions to each of these remarkable young people!

Getting to work: Investment in public transit is an investment in our workforce. People can’t work jobs they can’t get to. That’s why we’re joining with our friends at Clevelanders for Public Transit to sponsor a community roundtable on how to improve public transit in Northeast Ohio. The conversation will be at the Old Stone Church, on June 21 from 1:00pm-4:00pm. Get all the details here.

Out and about: Both Victoria and Daniel will present at Cleveland-Cuyahoga County Food Policy Coalition’s Farm Bill Community Forum this Wednesday. The forum will train advocates to take action for a just, equitable, healthy, and sustainable food system throughout Northeast Ohio. Interested? Register here! Last week, Zach spoke to the Lakewood Democratic Club about tax policy, reminding people of the amazing things we can accomplish when we invest in a vibrant, equitable, sustainable, inclusive Ohio.