Buyer beware: If you want to buy a house but can’t access a traditional mortgage, a land installment contract might look tempting. It’d allow you move in with little money down, and make payments directly to the seller without having to take out a loan. Sure, the seller holds onto the title until you’ve paid the entire cost of the home. And all the taxes. And any liens on the property. Oh, and you’re on the hook for all repairs and maintenance, even if the house wasn’t up to code when you bought it. And if you miss a payment, the seller can throw you out and keep every cent you’ve invested. Before you sign on the dotted line, take a look at Victoria Jackson’s new study, part of a grassroots effort supporting better regulation of these exploitative contracts. 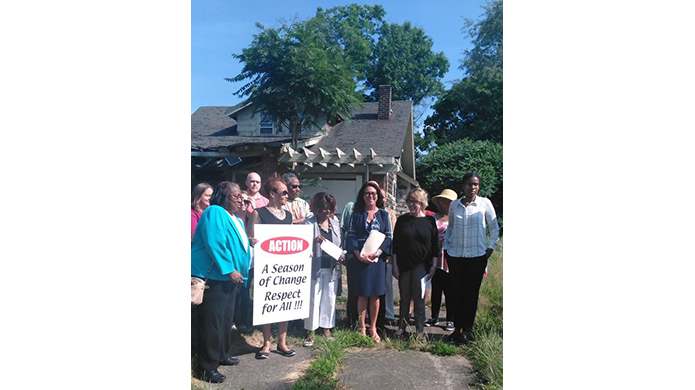 Another stab at the ACA: A coalition of conservative think tanks has concocted another plan to repeal the Affordable Care Act (ACA). This attempt looks eerily similar to last year’s Cassidy-Graham bill, which was shot down in Congress. That bill would have increased the number of uninsured Americans by 21 million according to the Brookings Institution. In a new brief, Wendy Patton details the effects this new repeal plan could have on Ohioans, 830,847 of whom would be at risk of losing coverage. Like previous attempts to sink the ACA, Congress should kick this one to the curb.

Rich getting richer: It’s never really a bad time to be colossally wealthy, but during the last decade, it’s been great, especially compared to regular people. In 2015, for instance, Ohio’s richest 1 percent of households earned on average $858,965 before taxes and transfers. Everyone else in Ohio—the remaining 99 percent of us—averaged just over $46,000. That’s a ratio of roughly 19 to 1. Ben Stein unpacked these Ohio numbers from a nationwide report by our friends at the Economic Policy Institute. The report includes national data, plus data from every state and county, and hundreds of metro areas as well. Check out their interactive data tools to see how the super-rich are faring in your neck of the woods.

Ready for a very rainy day: It’s always a good idea to keep extra cash on hand. But when you’ve already got $2 billion socked away and a public sector that’s deeply under-resourced, there are better ways to use that extra $657 million you had lying around. Governor Kasich evidently disagrees, having just transferred that amount to the state’s rainy day fund. Wendy can think of a few ways to put that surplus to use.

Promoting from within: The Policy Matters staff grows more committed and effective every day. That’s reflected in a bevy of recent, well-earned promotions: Kalitha Williams and Hannah Halbert were both promoted to Project Director, Cynthia Connolly to Development Director, and Daniel Ortiz to Outreach Director. Victoria Jackson, previously with us on a fellowship, joined our permanent staff and was promoted to Researcher. With these leaders in their new roles, Policy Matters is a stronger, better organization. Congratulations all!

Coming up: Join us and other transit advocates on Monday (7/23) at 5pm outside RTA Headquarters for a march to Public Square. The rally will begin on the south side of the Square at 5:30pm. Get all the details on the event page.