It’s been quiet around our offices since our team of interns started heading out after an amazingly productive summer. They kept the offices humming, conducting research, crunching numbers, and letting us know the coolest places to hang out after work. (Even if some of us weren’t cool enough to go!)

This issue of eNews highlights the contributions of these eight brilliant young people. We can’t wait to see what achievements lie ahead! 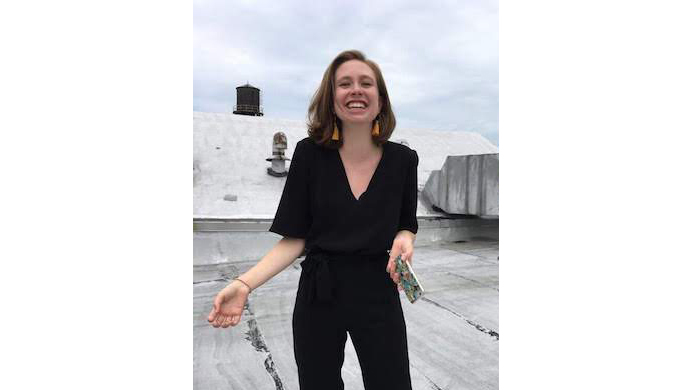 Abby Kopp’s Montessori background and Oberlin education made her a perfect fit for research projects that gave her free rein to explore, investigate, and analyze. She dove deep into a study of work and wages, partnering with Zach Schiller to track the extremes of CEO pay, and the somewhat more modest earnings of teachers around the state. Look for the teacher pay findings to come out soon. If you run into Abby before she heads back to Oberlin, be sure to ask her advice on the best brunches in Cleveland! 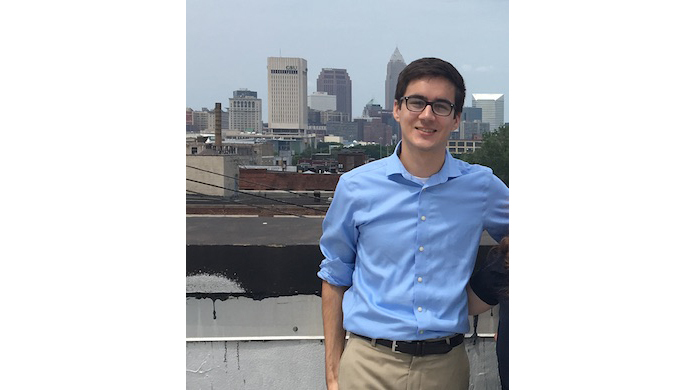 When he’s not studying political science, Brett Litzler runs communications for the College Democrats at The Ohio State University - check out their Twitter feed @OSUDems for progressive ideas, analysis, and commentary. Brett spent his summer on Lake Erie, but not in a fun way. He studied the effects of algae blooms on our great lake and the people who live, work, and play nearby. He published a blog on the topic, with a full report in the works. We’re sorry to see him go, but Ohio is lucky to have someone like Brett advocating, organizing, and educating so close to the Capitol. 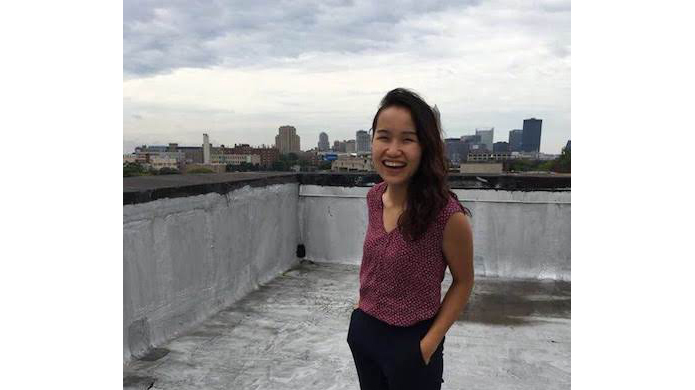 Grace Chu joined us through the Cleveland Foundation's Summer Internship Program – thank you Cleveland Foundation! Grace’s interest in education made her a perfect co-author of a paper with Victoria Jackson. Grace and Victoria studied Ohio’s school funding formula, exploring the ways it short-changes the students who stand to gain the most from a good education. At the same time, Grace compiled and analyzed data for an upcoming report from Zach about tax abatements and schools and for Amy Hanauer on the State of Working Ohio. Because her senior year at Case doesn’t seem like enough of a challenge, Grace will simultaneously undertake her first year in the CWRU Master’s of Social Work program! 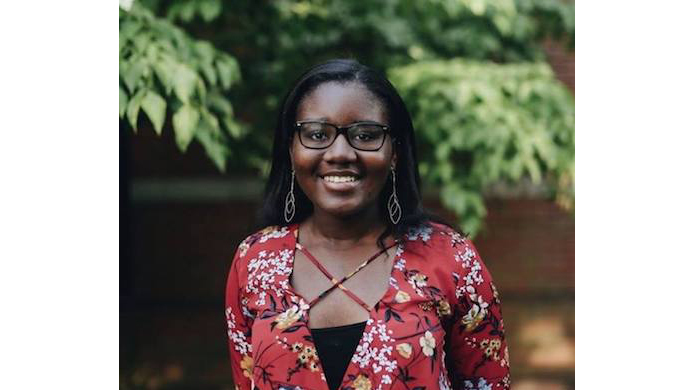 Kezia Otinkorang finished her internship on Thursday, and by Friday morning, her report on home foreclosures was getting coverage in the Columbus Dispatch and across the state! She came to us through the Princeton Internships in Civic Service program. We also will soon publish her brief, co-authored with Wendy Patton, on the Ohio Civil Rights Commission. As she heads back to the New Jersey, we can’t help but get excited about all the ways the deceptively quiet Kezia is going to electrify the Ivy League. 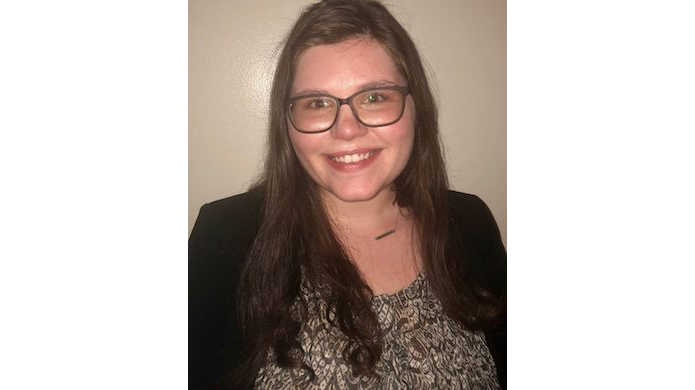 Leah Pike has been studying comparative politics at Ohio State for three years. This summer, she was a utility player for us in both offices, taking on communications projects and development work, mapping our relationships with allies on social media, placing op-eds in various newspapers, and digging into the exploitation of vulnerable workers by unscrupulous companies around the state. As Cynthia Connolly pointed out, Leah was so efficient and motivated we felt like she’d sometimes finish a project before we even asked her to start! 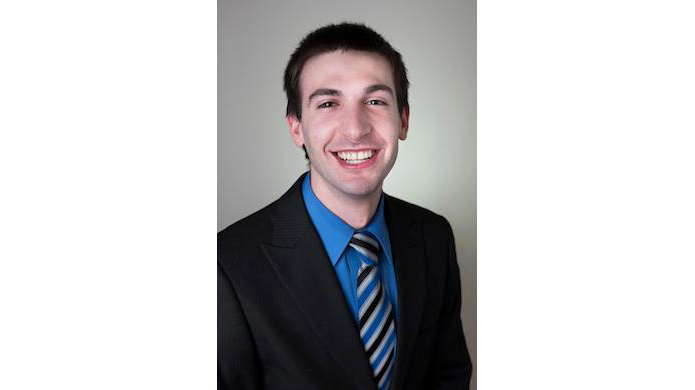 Michael Leonard came to us from Ohio State, where he’s a doctoral student studying education policy in the College of Education and Human Ecology. Though he worked in our Columbus office, his smile radiated all the way up to Cleveland. Michael’s work with Wendy investigated so-called “Opportunity Zones” for developers across the state—the study is being prepped for release, with Michael still involved in revision, even as he ramps up to year four of his Ph.D. program! 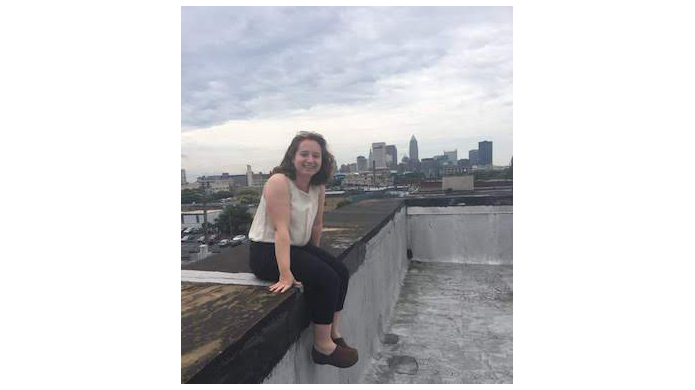 Sonia Garfinkel came to Cleveland all the way from the Happy Valley of western Massachusetts, courtesy of the awesome people at Summer on the Cuyahoga. A rising senior at Smith, Sonia celebrated her 21st birthday with us here in Cleveland! She’s bubbly and brilliant, and she’s a hugger! Sonia was instrumental, with Grace, in preparing the State of Working Ohio—set for its traditional Labor Day release. (Stay tuned!) She was, we suspect, a secret trouble-maker, and the driving force behind the rooftop photoshoot that resulted in some of our favorite pictures of the summer. 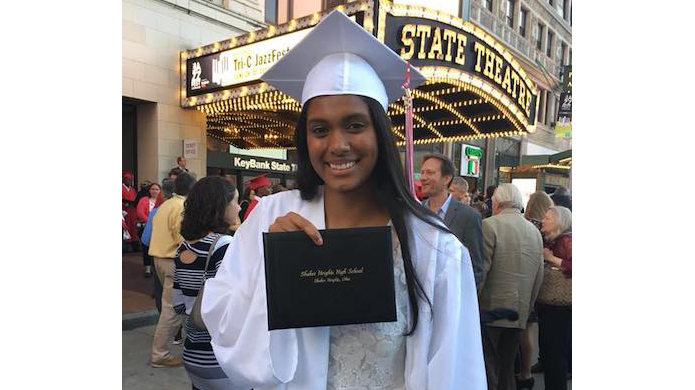 Trisha Roy started the summer having just graduated from Shaker Heights High. She made even her fellow interns feel old! She fit right in, managing the social media rollout of Amanda Woodrum’s big report on threats to Medicaid, training other interns to post on our website, crunching numbers with the skill of a grad student, and, with Wendy, analyzing the growth of venture capital in Ohio. For a full week, while Ben Stein was on vacation, Trisha served as interim interim communications coordinator. We’re so excited about Trisha’s first year at Ohio State, we’re considering coming down to Columbus for move-in day! 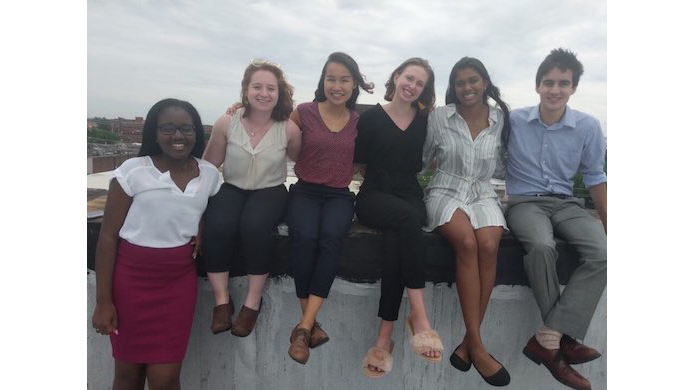 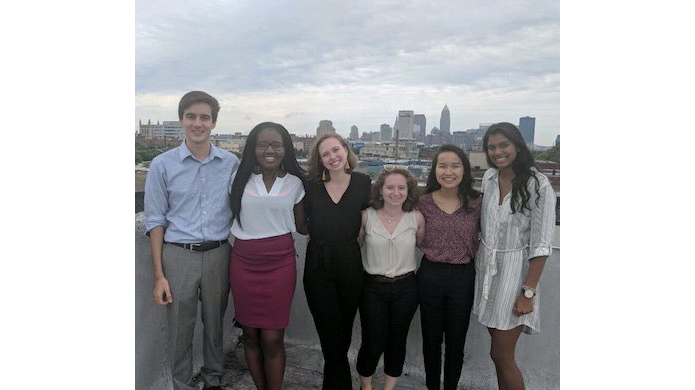