This edition of eNews is tailor-made for the data wonks in the audience. It features the numbers that drive our work and guide our policy. Plus a couple of cute dogs!

$1.3 billion: Amount Ohio spends to incarcerate people, including many who are just there for using drugs or violating parole.

$136 million: Amount that would be redirected to drug treatment, community safety and victim services with passage of Ohio Issue 1: The Neighborhood Safety, Drug Treatment, and Rehabilitation Amendment, according to our new report.

60: Percent of uninsured Ohioans who had at least one job.

1 in 5: Proportion of Ohioans whose low-wage employers provided health benefits. Amanda Woodrum’s latest report finds employers have cut costs by hiring more part-time and temporary workers who aren’t eligible for benefits, and by foisting a greater share of costs onto employees. If job-dependent insurance doesn’t make the grade, Amanda suggests, we need to expand the public sector’s role to ensure access to health care for all.

1,263,038: Ohioans who have accessed health insurance due to Medicaid expansion, according to the Kasich administration’s recent evaluation.

300,000+: Ohioans at risk of losing health care due to proposed Medicaid rule changes.

2: Reports from Hannah Halbert simultaneously released last week. The August JobWatch and blue collar jobs report show unemployment is in decline, wages are stagnant, and claims of a “skills gap” in the workforce are unfounded.

<25: Combined weight, in pounds, of Ernie and Ana Maria, the two canine office associates Hannah fostered while writing an entire summers’ worth of research. 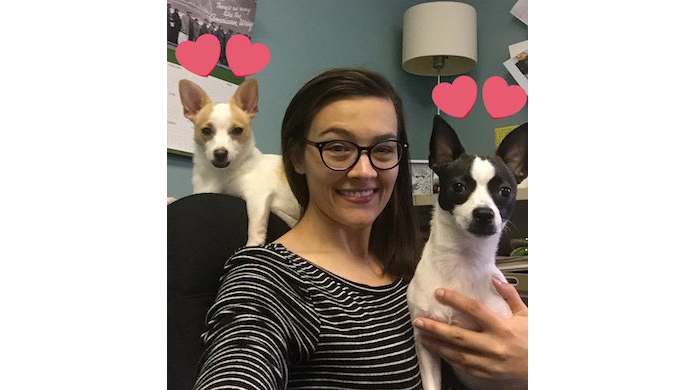 48: Minutes between the last time our intern Kezia Otinkorang left our Cleveland office and the first citation by news media of her report, “Still a problem: Ohio Foreclosures, 2017.” Kezia’s report studies the continuing housing crisis in Ohio.

12: Articles in Ohio media citing Kezia’s research by the time she got home to New Jersey.

90: Percent of phosphorous in Lake Erie that comes from farmland fertilizer runoff. Phosphorous nourishes a type of algae that produces microcystin, a liver toxin.

500,000: Toledo residents affected in 2014 by a three-day water advisory due to toxic levels of microcystin in their drinking water.

2025: Year by which Ohio hopes to reduce phosphorus levels in Lake Erie by 40%. According to former Policy Matters intern Brett Litzler, we can reach that goal, but only with more aggressive action by legislators.

$2,200: Amount an average Ohio household would save on gas if Obama-era fuel efficiency standards were kept in place until 2030.

2021: Model year of cars and light trucks for which the Environmental Protection Agency proposes to start weakening fuel efficiency standards.

50: States whose rights to regulate fuel efficiency would be pre-empted by the EPA’s rule-change.

7: Staffers who briefed Ohio candidates from both parties about all of our great research on a candidate briefing call last week. We’re grateful to the brave people who want to take on Ohio’s policy challenges. 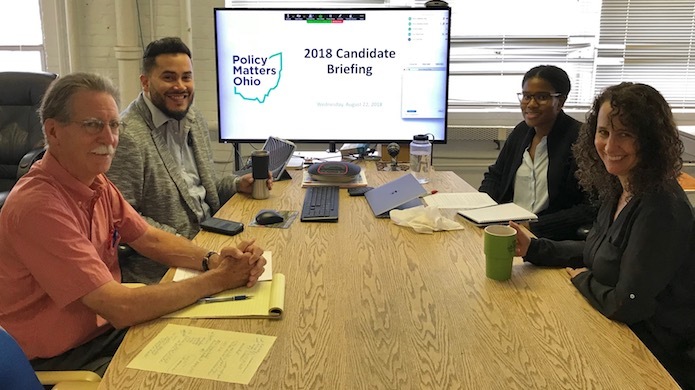 17:45, 41:15: Start and stop time, respectively, of Amy’s segment on the August 9th episode of America’s Work Force Radio. She gives Flash Ferenc and listeners a preview of this year’s State of Working Ohio, which will be released Labor Day weekend!

8: Days until the release of “State of Working Ohio 2018,” our comprehensive look at jobs, wages, and the policies than can improve them for all Ohioans. Here’s a preview:

We once took on some of our biggest economic and social challenges with some gusto. In the early twentieth century, to make a largely agrarian population with low rates of formal education ready for the challenges of the industrial age, America created universal public education and eventually seeded the planet’s best system of higher education. To get products to market and dominate the globe’s production of manufactured goods, Americans invested in an interstate highway and rail system that was unparalleled. To deal with poverty in the wake of the Great Depression, we established social security, set a minimum wage, and encouraged unionization. And to address entrenched racism and racial inequities, Americans sparked a Civil Rights movement that demanded inclusion and challenged white supremacy.

To see our recommendations for tackling the 21st century’s biggest challenges, check out the full release, available at policymattersohio.org on Sunday, September 2nd!