Data bonanza: Nerds like us love when the Census updates data. Hannah Halbert looked at the new numbers and found that, despite many good things in the economy, 1.6 million Ohioans—including 500,000 kids – are living in poverty. Census data also show that the number of Ohioans without health insurance, after years of getting better, crept up by 42,000 last year—likely due to state and federal policymakers attacking Medicaid. We like crunching the numbers but sometimes we wish they contained better news.

State of working Ohio: News for working people is also decidedly mixed. Amy Hanauer found that despite good job growth and low unemployment (both great things), for most Ohioans wages refuse to budge—especially for people of color and women. The typical worker’s raise in 2017 was just 4 cents an hour after considering inflation. Just two of Ohio’s ten most common jobs pay more than $15 an hour for the worker in the middle.

They make how much? Zach Schiller combed through another new batch of data—the Securities and Exchange Commission filings on CEO pay at some of Ohio’s biggest employers. At 44 of Ohio’s 100 biggest employers, CEOs make 200 times more than the typical employee. At Abercrombie & Fitch, the CEO makes 3,431 time more than the typical worker; at Sherwin Williams the CEO makes 323 times as much. Read the report to get the scoop on your bank, clothing store or gas station.

Amy and Zach, on the air with ideastream’s Mike McIntyre.

Ideas on air: If you heard familiar voices Thursday morning, you may have been tuned to ideastream’s “The Sound of Ideas.” Amy and Zach discussed workers and CEOs and how our economy values both. You can listen here (we start at 24:34), or watch the in-studio video (scroll to 25:15). Amy and Zach also joined Daniel Ortiz for a Facebook Live on the topic. Like and Follow our FB page to get advance notice of these. On radio and on FB, Amy and Zach made a crucial point – we have the tools to make our economy work better for everyone: Raise the minimum wage, restore overtime protection and stop bashing unions. Who’s on board? 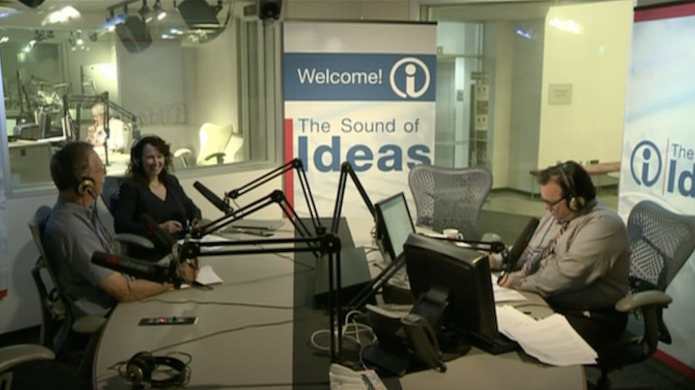 Policy Matters on the Hill: Mike Shields headed to D.C. as part of The Century Foundation’s High Wage America project. Mike’s report is a major component of Century’s 12-point action plan for revitalizing manufacturing jobs. He led a cohort of researchers and stakeholders as they briefed staff from the offices of Senator Rob Portman, Ohio Representatives Marcy Kaptur and Tim Ryan, and Representative Brendan Boyle from Pennsylvania’s 13th District. 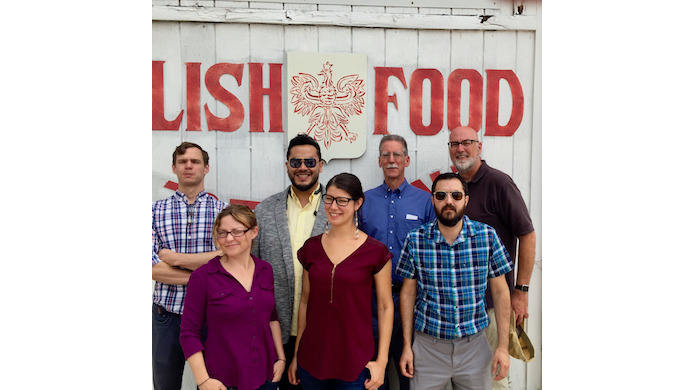 Gołąbki for good: When Slavic Village’s Seven Roses restaurant hit a rough patch, the folks at University Settlement coordinated a flash mob to give the place a quick infusion of cash. Policy Matters staff came through for a nearly nap-inducing dose of pierogi, gołąbki, kielbasa and more. It was a great lunch, and an even better reminder of why we love Slavic Village!

Reducing incarceration, improving communities: We all want safer communities and Ohio Issue 1, on the November ballot, will deliver. Instead of continuing to send people who need addiction treatment into overcrowded prisons, Issue 1 will redirect some of that $1.8 billion prison budget to fund crime prevention, victim services and addiction treatment. Some opponents have crossed the line into outright falsehoods. See our report for the straight story.