$3.4 billion: The amount Ohio loses in wages each year due to barriers that keep people with previous convictions from getting good jobs. Our latest analysis shows how Issue 1 will remove roadblocks for thousands of Ohioans with low-level drug convictions and help them get back on track.

>1,000: The number of Ohio laws on the books that limit what people with previous convictions can do.

$4,700: That’s how much more the average job with these barriers pays.

Thousands: Ohioans previously convicted of minor drug possession who will have access to better paying jobs if Issue 1 passes this November.

25: Days left to vote. Some of our staff and their kids have already cast their ballots. Get more information about early voting from your county board of elections. 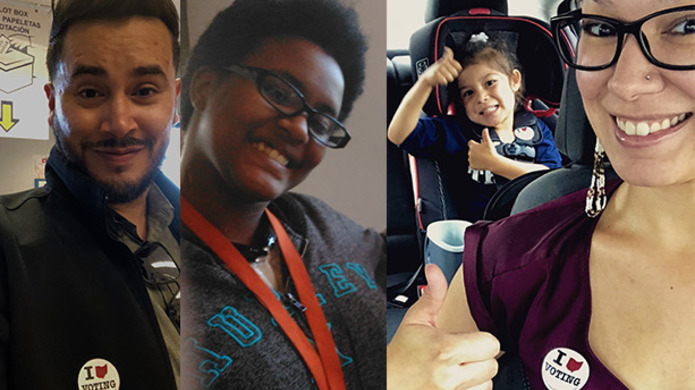 $1,304: That’s the amount LESS per student Ohio spends on higher education since 2008. A new report by the Center on Budget and Policy Priorities found that the state cut spending for public colleges and universities by 18 percent over the last decade.

32 percent, 25 percent, 17 percent: The share of income a typical black, Latinx and white Ohio family would need to spend to pay tuition and fees at Ohio public colleges, respectively. Due to structural barriers to good jobs and building wealth, people of color have lower incomes, and therefore are hit harder by rising higher education costs, according to CBPP.

$57 billion: The total amount of student loan debt held by Ohioans. Catrina Otonoga and Elizabeth Cusma are struggling to pay off their pieces of it. They shared their stories.

>$125 million: New accounting standards give a better sense of just how much schools are losing to tax giveaways. It’s significant. Some districts are hit harder than others. For example, Cleveland lost more than $34 million and Cincinnati lost more than $18 million.

$43.8 million: That’s about a third of all the losses reported. It’s also enough to refill the positions of 662 school librarians eliminated since 2005.

$200 billion: The amount of the individual tax cut the Trump Tax plan gives to the wealthiest 20 percent, according to a new report from the Institute on Taxation and Economic Policy and Prosperity Now.

3 times: According to the report, white families are three times more likely than Latinx and black families to be among the nation’s top 1 percent earners. As a result, households of color are largely excluded from the Trump tax cuts. 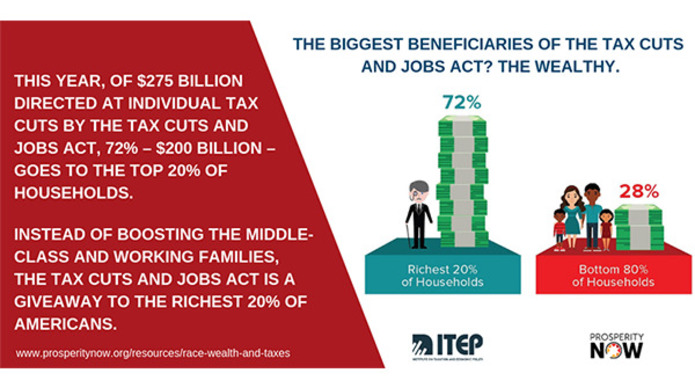 $1 trillion: How much the federal deficit will be by the end of the next decade, largely because of these cuts, according to the New York Times.

40 percent: The amount by which programs that help working people will be cut, from Pell Grants, to job training, to health insurance, to environmental protection, all because of these tax cuts that mostly flow to the wealthiest.

$15: The new minimum wage at Amazon! Workers, advocates, organizers and politicians joined forces to make this happen. We’re proud to have played a small role with analysis that showed how many Ohio Amazon workers need food aid to get by.

0: Still no winner for Policy Matters Bingo, although we came closer. Just goes to show there’s more work to be done to get the candidates to embrace all our progressive policy ideas!

There are a slew of Issue 1 forums in the next few weeks.