4,400: The number of times people shared this Issue 1 op-ed Executive Director Amy Hanauer wrote for Cleveland.com. Issue 1 will reduce our bloated prison population and direct more money to treatment, making our communities safer. Need more info? Check out Amy’s appearances on “The Week that Was with Joe Palmisano” on 1480 (October 13) and America’s Workforce Radio. She also took questions during a tele-town hall. 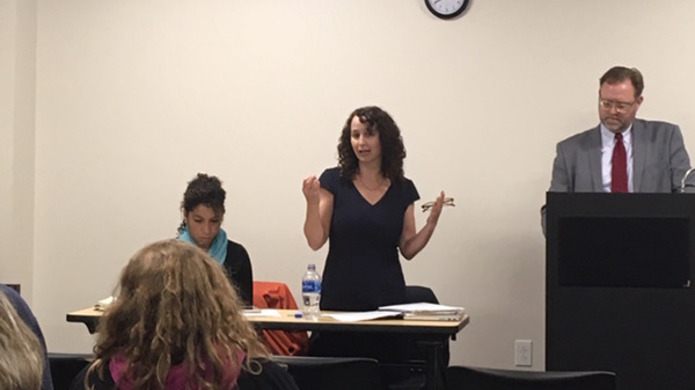 56 percent: The success rate Dr. Wendy Johnson has in treating people struggling with drug addiction. Wendy runs a large family medicine practice in New Mexico, but she used to be the Medical Director for the Cleveland Department of Public Health. She says lowering barriers to treatment is what works best to help addicts recover, not the threat of incarceration.

29 percent: The amount felony filings in Oklahoma fell since citizen-passed amendments similar to Issue 1 went into effect. In 2016, nearly 60 percent of Oklahoma voters supported sentencing reform that reclassifies low-level drug possession as a misdemeanor and redirects the savings to communities for mental health, substance abuse and other rehab. Misdemeanor filings are up 14 percent. Overall crime rates have dipped by 2.5 percent. Our friends at OK Policy have a message for Ohio: sentencing reform works! 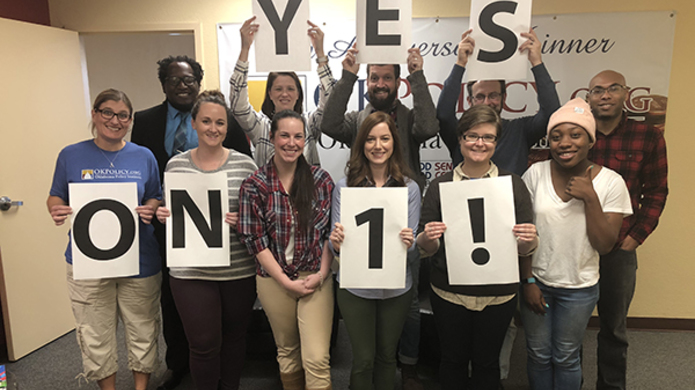 3: Days left to vote! Do you know where your polling location is?

$4.9 million: That could be a low estimate for how much revenue the state is losing due to a loophole in a loophole that allows well-off Ohioans to take advantage of tax breaks intended for people with much lower incomes. The LLC loophole is already costing Ohio $1 billion a year – and as Research Director Zach Schiller shows, these additional loopholes make it even worse.

65 percent: This is the goal for the share of adults Ohio wants to hold a college degree by 2025. But according to Victoria Jackson, we are way off the mark at 39 percent. We can hit our goal by making college more accessible. The best way to do that is through an equitable, free college Promise plan.

4,300: The number of jobs Ohio added in September. That’s a sign of slowing growth as the state added 22,900 jobs the month before. Ohio’s unemployment rate of 4.6 percent is nearly a full point higher than the nation’s.

13,000: How many people left the state labor force in September. The unemployment rate can hide what’s really going on in the economy because it doesn’t include people who have given up trying to find work. Ohio’s overall labor force is still down more than 210,000 since the start of the 2007 recession. Hannah Halbert explains the latest economic indicators in JobWatch.

13th: According to a report from the Institute on Taxation and Economic Policy, Ohio is the 13th worst state for tax unfairness. Ohio families in the top 1 percent of earners who make more than $456,000 pay an average of 6.5 percent of their income in state and local income, property, sales and excise taxes. The bottom fifth, on the other hand, who make less than $19,000, pay an average of 12.3 percent. “Years of income tax cuts have made Ohio’s state and local tax structure less fair,” Wendy Patton said. “They have drained resources from public health, education and local government services like road maintenance, safe streets and recreation centers.”

Coming up: Outreach Director Daniel Ortiz helped Cleveland Neighborhood Progress design the Latinx Challenges Training on November 16th-17th in Cleveland. The workshop will explore how racism harms Latinx communities and how we can promote racial justice equity throughout our society.