1,600: Our board member Sue Helper explains how bad business practices and public policies lead to the closure of General Motors’ Lordstown plant this week, leaving 1,600 people without jobs. For more than 50 years, the hard-working people at Lordstown made cars for General Motors including the Chevy Impala, the Pontiac Astre and the Chevy Cavalier. 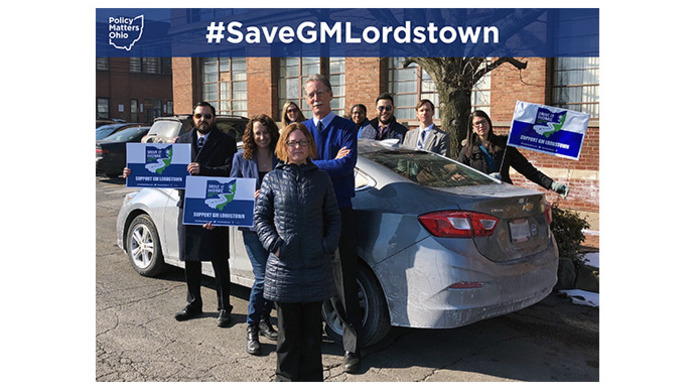 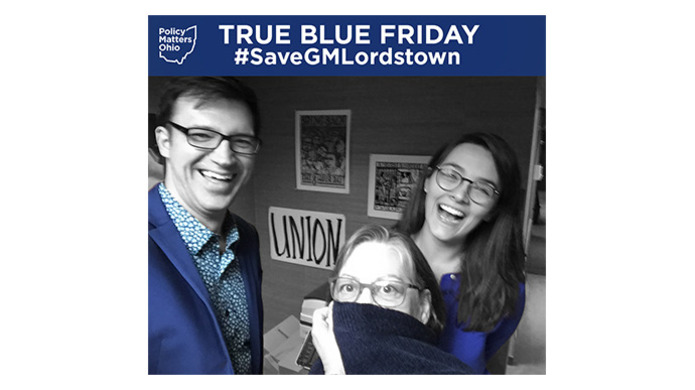 Sadly, the Mahoning Valley is no stranger to the trauma of losing good manufacturing jobs. Historian and Legal Aid attorney Staughton Lynd reflected on the community response to past plant closures in a blog that features beautiful historic photos by Steve Cagan.

Tomorrow, members of the Drive it Home coalition will show their support for Lordstown as they march in the Boardman St. Patrick’s Day parade. Join them.

$100 million: This week, thanks in large part to the advocacy of Amanda Woodrum and members of the MOVE Ohio coalition, the Ohio House passed a transportation bill that included $100 million for public transit. That’s not the $180 million we recommend, but it’s triple any recent budget and moves us in the right direction. Transit is a lot less polluting and carbon intensive than driving, it makes our cities more vibrant, and it helps commuters get to work and others who can’t or don’t want to drive get around.

$6 billion: That’s how much less Ohio has to spend on schools, health care, transit and more, because of tax cuts since 2005, as Amy Hanauer said in a lively TV debate on “Face the State with Scott Light” last week. Wendy Patton also hit your TV screens on “In Focus with Mike Kallmeyer,” where she called for public transit to get a piece of the gas tax increase (it’s totally constitutional.)

5 percent: Only 5 percent of Ohioans eligible for the state Earned Income Tax Credit actually benefit from it. Our credit is too weak to work and out of line with other state EITCs. Kalitha Williams spoke at a press conference promoting legislation that would improve Ohio’s credit so it helps more working people who earn low wages. We’re grateful that the Columbus Dispatch is taking up the cause, too (and calling for lawmakers to rein in the LLC Loophole). 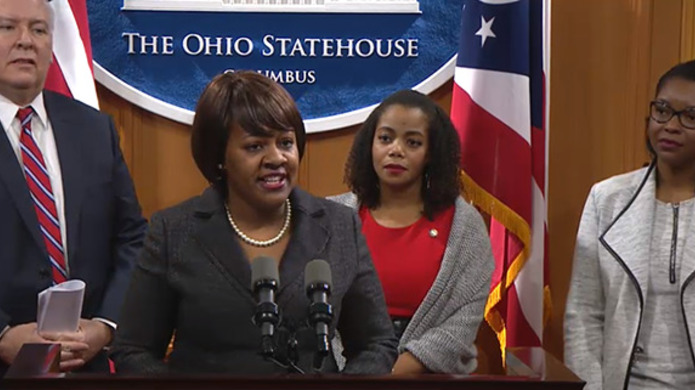 5: As the Ohio Senate begins crafting a criminal justice reform bill, Amy Hanauer and Piet van Lier called on leadership to ensure the bill does five things: reclassify minor drug possessions from felonies to misdemeanors; retroactively apply that reclassification so over-targeted communities benefit; reform the probation-to-prison pipeline; reduce sentences for those who participate in education, behavioral programming or work activities in prison; and reemploy those who’ve served their time, by eliminating or reducing barriers to work.

$4: Some Sonic employees suddenly found themselves making Ohio’s sub-minimum wage for tipped workers - $4/hour - after the franchise changed ownership. So they walked off the job. As Hannah Halbert describes in her blog, they left behind some truly epic notes.

0.8 percent: That’s how much job growth we had in Ohio last year, compared to 1.8 percent nationally, Hannah found.

30 percent: Can you believe some Ohio lawmakers want to arbitrarily cut 30 percent of the state’s regulations – based upon whether the rules contain words like “shall” or “require?” Well, Zach Schiller can’t either.

43 percent: That’s the share of Ohio census tracts considered low income and therefore, eligible for development tax breaks under the Trump tax law. But most of the development isn’t going to the poorest Ohio’s communities, Wendy found. She told the Ohio Senate Ways and Means Committee not to add a state incentive to an already generous federal giveaway that mostly benefits wealthy developers.

1: We’ve added one great, new budget researcher to our Columbus office! Meet Will Petrik. He used to work at Advocates for Ohio’s future and the Juvenile Justice Coalition and has been active in local organizing in Columbus. He’s already a great asset to our team and we’re grateful he has joined us!