“Like his past proposals, President Trump’s 2020 budget plan would harm countless Ohioans and lead to deepening poverty, shrinking opportunity and growing racial inequality.

“If enacted, the Trump budget will slash $1.9 trillion from programs that help struggling families meet basic needs, harming families of low- and middle-incomes across the nation. 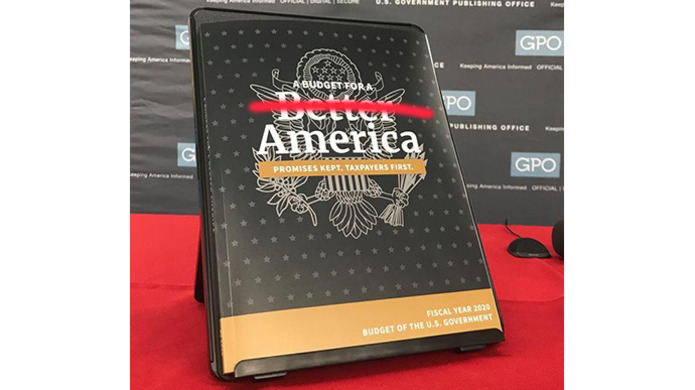 “The president’s budget plan would gut Medicaid, which provides health insurance coverage to a quarter of Ohioans. It would repeal the Medicaid expansion, which serves the lowest-wage workers, disabled people and caretakers, and is Ohio’s most powerful tool in stemming the drug crisis. Medicaid expansion pumps $5 billion federal dollars a year into Ohio’s economy, adding 54,000 full- and part-time jobs that spread across every community in every county of the state. The president’s proposed cuts in health care will, if enacted, have a direct, harmful effect on employment across Ohio.

“The Trump budget counts on savings of $327 billion over a decade due to expanded work requirements as a condition of aid for struggling Americans: these new eligibility requirements are ill-suited to low-wage workers who through no fault of their own cannot count on getting enough hours scheduled to meet the proposed requirements.

“Under the president’s proposal, the 1.3 million Ohioans who use the Supplemental Nutrition Assistance Program (SNAP) will have even more difficulty getting enough to eat. States can ask the federal government to waive certain time limits on SNAP food aid in counties and communities with high levels of joblessness, but Trump wants to eliminate such waivers. Thirty-eight Ohio counties have a waiver of time limits on SNAP aid in Ohio in 2019 because of high unemployment rates: they would all lose that under the Trump budget. On top of that, the Trump proposal would punish and humiliate people who use SNAP by taking away their ability to choose their own food and instead force them to eat items in pre-packaged ‘American harvest boxes.’

“The Trump budget cuts the Department of Education by 12 percent but boosts funding for a ‘school choice’ program, a particularity troubling threat in Ohio where $1 billion in state dollars already go to charter schools and voucher programs at the expense of traditional public schools. Schools in communities that disproportionately serve students of color are most likely to be harmed by school choice programs, further disadvantaging Black and brown Ohioans.

“Trump’s budget makes his tax cuts permanent, undercutting concerns voiced elsewhere in the budget about the federal budget deficit. Last year, under Trump’s tax plan, the top 1 percent of Ohioans, who make an average of close to $1.3 million got an average tax cut of $40,190 for 2018. Those in the middle, with average incomes of $48,300, got an average cut of $800, and those in the bottom fifth got just $100, according to projections from the Institute on Taxation and Economic Policy.

“We will continue tracking the Trump budget in coming weeks, but it’s already apparent that the president’s proposal would punish the poor and lavish the wealthy. We urge Ohio’s Congressional delegation to fight for programs that alleviate poverty and expand opportunity. They must oppose the cruel policies put forth in the Trump budget.”