Instead of funding transit through the Transportation Budget, the Senate proposed adding $48.5 million to the $6.5 million Governor DeWine included in his GRF proposal, for a total of $55 million a year. That is still far short of the $150 million a year needed to meet demand and there is no guarantee these funds will remain intact during the horse-trading that will inevitably take place during the General Revenue Fund process from now through June.

“Public transit is a transportation alternative and should be part of the transportation budget,” said Amanda Woodrum, Senior Researcher for Policy Matters Ohio. “The House rightfully recognized that transit offers affordable, accessible and environmentally-friendly transportation choices while the Senate reverted to a roads-only transportation mentality. The conference committee should restore the good work done by the House.” 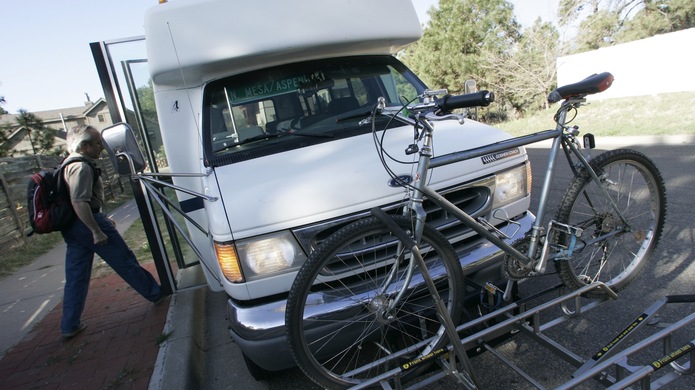 At the same time, the Senate included reforms to Ohio’s earned income tax credit (EITC). It is great that Ohio has an EITC, but only 5 percent of the state’s poorest residents benefit from it because it is worth only 10 percent of the federal EITC, it has a steep benefits cliff for people who earn more than $20,000 a year, and it is not refundable. The Senate removed the income cap and raised the credit to 30 percent of the federal EITC. However, it left out the most important reform — making the credit refundable. Unless the credit is made refundable, the other reforms benefit only an additional 1 percent of Ohio’s lowest income families, according to an analysis from the Institute for Tax and Economic Policy.

Ohio is an outlier among the 29 states with EITCs: 25 have credits that are refundable. Each year, the refundable federal EITC lifts millions of people out of poverty, including 3 million children in 2016. A refundable EITC would help Ohio fix its upside down tax code that has lower income residents paying higher portions of their income in sales and use taxes than wealthier Ohioans.

“The Senate made improvements to Ohio’s EITC, and it’s a good start, but it’s not enough” said Policy Matters Project Director Kalitha Williams. “Refundability is the most powerful aspect of the EITC. Working families use their refunds to pay for child care, buy food and make home and car repairs. That boosts the economy and is good for everyone.”