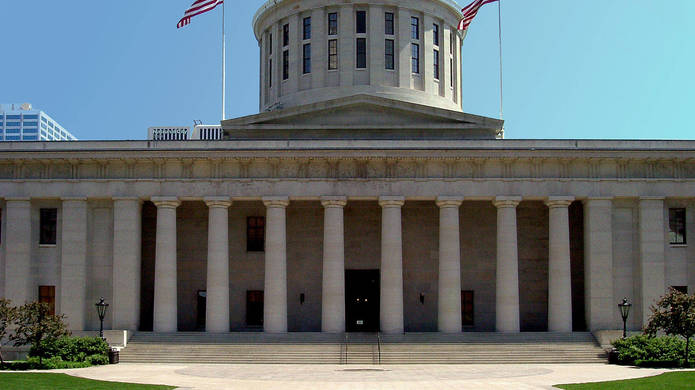 “The budget passed by the conference committee resumes a failed strategy of tax cuts, reducing revenue by nearly $700 million over two years that could have gone instead to overhauling the state’s school funding formula or other pressing needs. The budget includes important investments, such as funding to stem the drug epidemic, expanded support for children’s protective services, clean water and school wraparound services.

“It could have done much more. The General Assembly missed a golden opportunity to scale back the unproductive $1.1 billion business income deduction, also known as the LLC loophole. Instead, it only made a small tweak to limit lawyers and lobbyists from receiving it. Though they have become the poster children for reform, they make up just a small share of those getting the tax break. There are 38,000 lawyers in Ohio, many of whom are not partners and do not benefit from the LLC loophole; as of July 16, there were 1,509 registered lobbyists. Yet in tax year 2017, nearly 700,000 people claimed the deduction. The $528 million a year the state could have saved from scaling back this unproductive tax break could have allowed policymakers to raise eligibility for child care assistance, adopt a refundable Earned Income Tax Credit, and make college more affordable.

“The conference committee also approved a Senate scheme under which every new regulation that includes words such as “shall” or “must” must be accompanied by the repeal of two others. This ill-advised provision, based on a flawed study, ignores that making rules is the everyday business of the General Assembly; in fact, it mandates numerous new ones in the same budget bill. Governor DeWine should veto it.”