No committee members appointed to oversee $9 billion in tax breaks

The clock is ticking for Senate President Larry Obhof and House Speaker Larry Householder to name members to the committee which monitors Ohio’s $9 billion in annual tax breaks. Oversight of tax breaks is a tough job and legislative time is shorter than it seems. The Ohio General Assembly will have a busy schedule before what is likely to be an early adjournment for the 2020 elections, and leadership has not yet even appointed members. 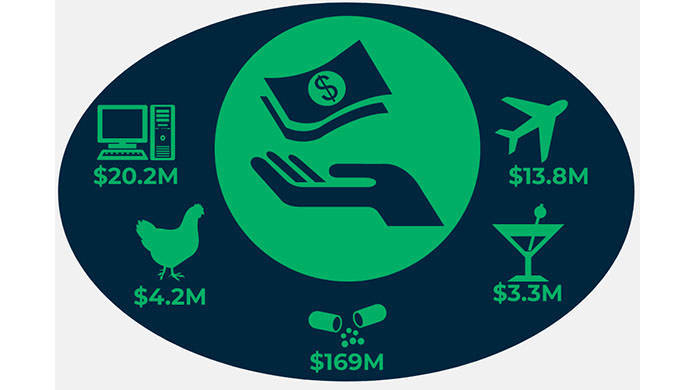 “In December 2016, the General Assembly voted unanimously to create a permanent Tax Expenditure Review Committee (TERC) to review each tax break once every eight years and recommend continuation, modification, repeal or further review. The first TERC started late, as House and Senate leaders didn’t appoint its members until well past the statutory deadline. This session, it will be starting even later.

“The TERC reviewed 15 tax breaks during the 132ndGeneral Assembly (which was convened during calendar years 2017 and 2018). Policy Matters found the review was weak: without staffing, members did not know the original purpose of many tax breaks considered, so had no way of judging if the original intent was being met. Eight of the items reviewed received no proponent testimony. Yet the committee recommended all tax breaks continue without modification.

“The TERC recommended that during the 133d General Assembly, which meets in 2019 and 2020, the committee review 40 sales tax breaks worth roughly $1.7 billion annually. The work load will be heavier than in the last round of evaluations. Committee members requested funding for staff and outside expertise, yet lawmakers failed to provide such funding in the new state budget, to ensure careful oversight of billions of dollars in state revenues foregone.

“Policy Matters projects that between 2012 and 2021, the value of tax breaks will grow by over 18%, adjusted for inflation. Members of the current General Assembly have proposed 33 more tax breaks, many of which are now under consideration, yet no review of existing breaks has begun.

“The state underfunds important public services like public transit, child care and financial aid for college students. Lawmakers have not fully restored previous cuts to aid for local governments and a new school funding formula will need to be paid for. Many tax breaks deserve a hard look. The TERC is in an enviable position, with authority to ensure spending through the tax code is tightly controlled and well spent in the interest of the state. But it needs members appointed, staff and expertise funded, and to get started, to do the job, and do it right.”