1: We have one awesome new colleague at Policy Matters! This week we welcomed Jasmine Ayres as our new policy liaison. Born and raised in Columbus, Jasmine has a bachelor’s degree in history from Wake Forest University and a master’s degree from the Lyndon B. Johnson School of Public Affairs at the University of Texas. Jasmine played varsity football at Northland High School, where she also coached. Since returning home, Jasmine has been active in the civic life of Columbus, helping register over 20,000 people to vote, and running for city council. She most recently worked as a community development officer for the Community of Caring Development Foundation, the development arm of New Salem Baptist church. We are thrilled to have her. 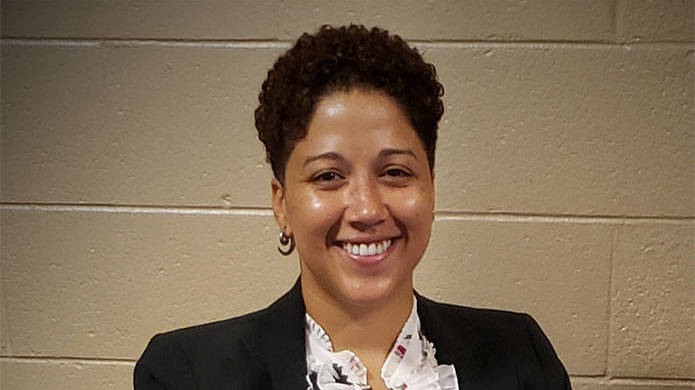 1,500: That’s the number of jobs Ohio lost in September, according to Hannah Halbert’s JobWatch. The state lost jobs in five of the last nine months.

$1.7 billion: The Tax Expenditure Review Committee (TERC) has 40 sales tax breaks worth roughly $1.7 billion (annually) to review, but no members have been appointed. The problem, Wendy Patton said, is there’s a lot to do before a likely early, election-year adjournment. Time is running short for a job this big. The last review was weak. They need to do better this time but – will they?

60%: That’s how much of all digital ad revenue Facebook and Google got last year. That adds up to about $60 billion last year! Caitlin Johnson spoke about the rise of big tech before an Ohio Senate Judiciary Committee field hearing. She said they suck revenue away from newspapers and help fill the void they create with “fake news.”

6: Amy Hanauer was lucky enough to attend the Democratic debate on Tuesday. She suggested six questions for moderators to ask.

5th: Ohio’s difference between the black and white unemployment rate is 5th largest in the nation. That’s only one of the unsettling figures to come out of the report on race in the Midwest we jointly released with the Economic Policy Institute, the Iowa Policy Project and the Wisconsin-based COWS. Kalitha Williams will discuss the report on Face the State with Scott Light on Channel 10 in Columbus tomorrow. If you miss it on TV, catch it online later.

$25 million: Lawmakers reined in the $1.1 billion LLC loophole so it would no longer benefit lawyers and lobbyists, a move that would have saved $25 million in 2021. But now they’re talking about doing away with that reform. What they really need to do away with is the whole loophole altogether, Zach Schiller said.

50%: That’s the share of kids in Cleveland who live in economic distress. The city is the worst in the nation for childhood poverty. Zach spoke to WKYC about what policymakers can do about it – like raise the minimum wage and make child care more affordable.

This year’s National Lead Poisoning Prevention Week is October 20-26. The National Center for Healthy Housing will be hosting a Twitter chat on October 22 from 3-4pm. Follow #LeadFreeKidsOH and join in.

Cleveland’s economy isn’t working for many of the people who live there. Nearly 1,000 area residents will discuss how to build an inclusive economy at The Cleveland Rising Summit, October 29-31 Registration is free. Amy gave her take on where we should start.