Medicaid expansion could save as many lives as seatbelts, groundbreaking new research shows

The Affordable Care Act’s (ACA) expansion of Medicaid has prevented over 19,000 premature deaths, according to landmark new research. Conversely, 15,600 older adults died prematurely because of state decisions not to expand Medicaid. Ohio’s decision to expand Medicaid in 2014 saved the lives of 1,452 Ohioans over four years. 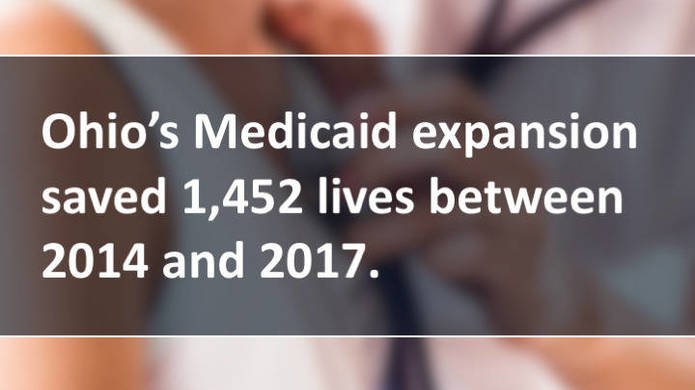 “Medicaid expansion not only lets people obtain preventive services, medications, and other health care and avoid crushing medical debt, it can literally be a matter of life and death,” said Policy Matters Senior Project Director, Wendy Patton. “Ohio is one of the states most affected by the drug crisis and Medicaid expansion has been an indispensable tool in providing treatment to those struggling with addiction.”

The expansion’s lifesaving potential ranks with other major public health interventions: If all states had expanded Medicaid, the lives saved just among older adults in 2017 would roughly equal the lives saved by seatbelts among the full population.

These new findings add to the large and growing body of research on the benefits of expansion. For example, expansion has led to large boosts in the share of low-income adults getting regular check-ups and other preventive care and filling prescriptions for heart disease, diabetes, mental health conditions, and other chronic health needs, as well as large decreases in the share going without a personal physician and skipping medications due to cost.

Expanding coverage also has increased financial security by lowering medical debt and reducing the risk of medical bankruptcy. And another new study finds that evictions have fallen about 20 percent in expansion compared to non-expansion states, indicating that gaining coverage is helping people avoid one of the most harmful consequences of financial stress.

The study of expansion’s impact on premature deaths, by Sarah Miller, Sean Altekruse, Norman Johnson, and Laura Wherry, can be found at https://www.nber.org/papers/w26081