State legislators are scrambling to patch Ohio’s badly flawed EdChoice school voucher program by February 1, when the next voucher-application period opens to families. Given the looming deadline, it’s clear that Ohio public school districts need a quick, short-term fix. As policymakers craft amendments to attach to unrelated bills that can be heard and passed before Saturday, many solutions are being discussed. Policy Matters Ohio Education Researcher Piet van Lier makes the following recommendations. 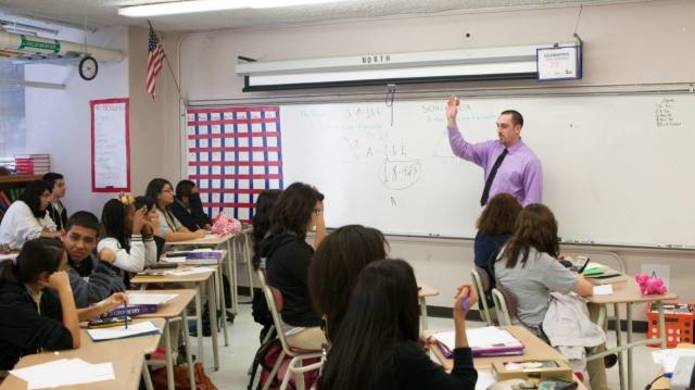 “Public education forms the bedrock of strong communities. EdChoice has weakened that foundation for years, but this year the voucher program has created an immediate funding crisis. Legislators can quickly soften the blow for districts in two important ways:

1) Exclude district schools that receive an overall grade of A, B, C or D on their most recent report card, focusing the program on students attending public schools that are struggling the most. This change is included in an amendment under discussion in the legislature and is a good place to start. A list produced by the Ohio Legislative Service Commission shows that using these criteria for the 2020-21 school year, students assigned to 328 district schools statewide would be designated as eligible to receive an EdChoice voucher, a substantial reduction from the 1,227 public schools whose students would be designated as eligible next year under current law.

2) Hold school districts harmless for increased voucher deductions during the current school year, which have already cost districts about $35 million more than last year, according to state finance reports. Any fix should include an appropriation by the state to shield districts from the immediate damage Ed Choice has inflicted this year. A prime example: More than $7 million will be deducted this year from state foundation aid for the Cleveland Heights-University Heights school district, a dramatic increase from previous years and a third of the state foundation funding that flows to the district.

“If these two proposals aren’t part of the solution, legislators should push their fellow policymakers to delay the start of the EdChoice application period, giving the legislature time to craft a sound proposal.

“Policymakers should also grant Cleveland Metropolitan School District’s request to cancel additional costs charged by the state to the district this year for the Cleveland voucher program, which is separate from EdChoice. The district also wants the state to merge the Cleveland voucher with EdChoice because, despite its flaws, the statewide program would allow CMSD to collect more state aid to offset voucher costs. The Cleveland district’s cost from the program skyrocketed not only because the state has charged the district more, but because of state changes that allowed students to use vouchers at some suburban schools.

“In the longer term, lawmakers should restructure the EdChoice program to limit the damage it does to public schools. But public school districts are facing a crisis now. And state policymakers must act.”