1.4 million: The proposal to raise Ohio’s minimum wage to $13 by 2025 would make sure 1.4 million Ohioans are paid more fairly for the work they do, according to a new report from Researcher Michael Shields. It would also benefit more than half a million children and take important steps toward addressing racial and gender inequality.

600,000: About 600,000 more Ohioans have health coverage thanks to Medicaid expansion under the Affordable Care Act. The Trump Administration wants to undo this great progress and is giving states the option to get federal funding for Medicaid expansion in a lump sum or block grant – instead of on a per person basis. Senior Project Director Wendy Patton explains if something happens like a recession or a disease outbreak – Trump’s proposal means states would be stuck.

1,100: Under Governor Kasich, the state hired the company Accenture to develop and maintain the “Ohio Benefits” system to administer Medicaid. Recently, Ohio Department of Medicaid Director Maureen Corcoran announced that she found 1,100 defects in the system. Wendy Patton says it’s another example of the pitfalls of privatization.

2/3: A resolution in the Ohio Senate proposes a constitutional amendment to require a two-thirds vote of the General Assembly to approve an income-tax increase. Research Director Zach Schiller says that will back lawmakers into a corner if they need to raise revenue – and that’s likely to be bad for Ohioans with lower incomes.

26.5%: Early childhood educators with a bachelor’s degree in Ohio are paid 26.5% less on average than their colleagues in the K-8 school system. They are twice as likely to experience poverty than the average Ohio worker. That’s why Ohio policymakers should increase funding for child care. Not only would that make child care more affordable for families, it would allow centers to pay teachers closer to what they deserve. Read Budget Researcher Will Petrik’s blog for more.

69: That’s how many days until Amy’s roast! Email Cynthia if you want a ticket! 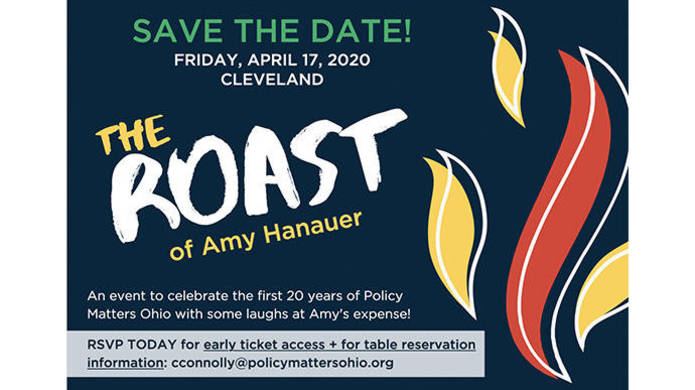