President Biden must take bold action on day one

President Biden must take bold action on day one 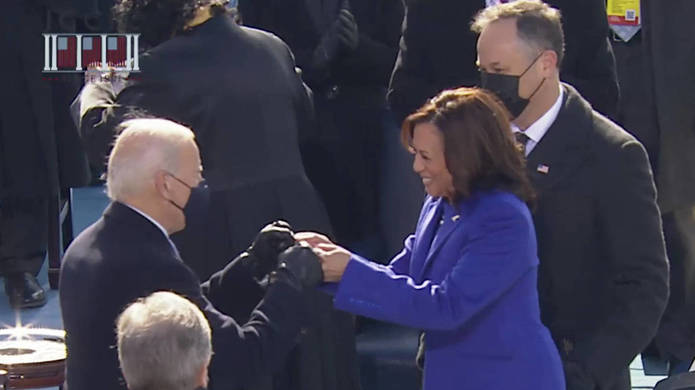 “The people have spoken and they have chosen new leadership for our nation. Not only do we have a new president, a Black woman of Indian descent will hold the nation’s second-highest office — demonstrating that most Americans see a future that includes everyone, no matter what we look like or where we come from.

“Today, just as we have for more than 200 years, Americans witnessed democracy in action when power transferred from one administration to the next. President Biden inherits a pandemic, a recession, bitter political divisions and emboldened white supremacy, but he also inherits great opportunity.

“Starting now, President Biden must harness the power of the presidency to care for all Americans, no matter their race. That means leveraging the United States’ vast public resources to ease the financial pain and fight the virus. Previous COVID aid packages helped many Americans make ends meet, but with 400,000 deaths and millions still out of work, there’s so much more the federal government can do.

“Next, he must unrig the rules that allow corporations to line their pockets at everyone else’s expense. For too long, a handful of wealthy and powerful interests have divided us by race or where we come from so we’d look the other way while they held down our wages and drained our public resources with special interest tax breaks. Today, a powerful few hoard much of the wealth working people help create. President Biden can make sure we all have enough to support ourselves and our families by rebalancing the federal tax code, protecting our right to join a union, raising the federal minimum wage and negotiating trade deals that respect working people and environmental rules at home and abroad.

“President Biden said that tackling climate change means good, union jobs. We agree. As part of the ReImagine Appalachia coalition we’ve put forward a blueprint that would revitalize the region by putting people to work repairing past environmental damage, building out broadband and putting their manufacturing know-how to work in climate-friendly industries. Renowned economists project our plan will create 235,000 jobs in Ohio over the next 10 years. If President Biden follows it, he can empower Ohioans to build a brighter future for years to come.”