Saturday Stats: All In For Ohio Kids!

Saturday Stats: All In For Ohio Kids!

82%: Share of Ohio school districts whose funding was either capped or maintained by a minimum of guaranteed state dollars, between 2017 and 2019. Either way, these districts received state funding that was different from what the state’s formula determined they should get. In other words, not only is Ohio’s school funding formula built on racist policies, and unconstitutional, and used as a wedge to divide Ohioans by race & place—It’s also so badly broken that most districts in the state can’t actually rely on it to predict their budgets. That’s just one of the findings in Wendy Patton’s latest report on the long-running (24 years and counting) K-12 funding fiasco in Ohio. Fortunately, Wendy also highlights a fix that could be in the works: The Fair School Funding Plan (FSFP). 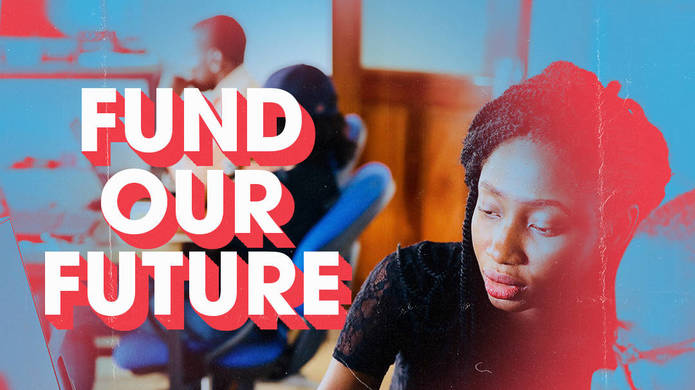 $1,642: Average amount by which annual state per-pupil funding would increase under the FSFP. The plan is moving forward in the Ohio General Assembly as House Bill 1 and is included in the Substitute House budget bill for 2022-23. It would provide fair state aid, a measure of equity, and predictability across the hundreds of public school districts in the state. That’s why we launched a coalition with Ohio Education Association, Ohio Federation of Teachers and Ohio Organize Collaborative to fairly and fully fund Ohio's schools through the FSFP. Want to learn more? You have options!

3: Factor by which Black babies born in Ohio are more likely than white babies to die before their first birthday. That nauseating statistic is the result of policy decisions that systematically harm Black women and people of color in general. Our leaders must choose differently. Wendy Patton lays out some of the concrete steps they can take in this guest column for Cleveland.com.

135: Number of years since working people united to demand a fair workweek, calling general strikes at Chicago’s Haymarket Square and in cities across the U.S. We celebrate the legacy of those actions — and recommit ourselves to creating a better world — on International Workers Day, known to many as May Day. Our resident historian Michael Shields blogged about May Day history, and the work still to be done, especially to make sure labor victories benefit all people, no matter where they’re from or what they look like.

66 (and sunny): That’s the forecast for our May Day event in Cleveland. We’re getting together at noon today with friends from the Northeast Ohio Worker Center in University Circle to celebrate working people and kick off the center’s campaign in support of a Worker Bill of Rights. Won’t you join us?

8: Number of days until Mother’s Day. But why not celebrate early? Join us on Thursday, May 6 at 11 a.m. for a livestream with friends from the Women’s Public Policy Network, Children’s Defense Fund, Ohio Student Association and Sacred Spaces. We’ll be discussing policies that make life better for moms, including affordable high-quality child care, paid leave, and doula training, certification and coverage. (Tune in on Facebook, YouTube, or Twitter.)

$4.5 billion, $1.1 billion: Federal funds the ARPA sends to Ohio for K-12 and higher education, respectively. Join us on Thursday, May 13 at 11 a.m. to learn how that money can help Ohio students of all ages. Our own Wendy Patton & Piet van Lier will join Ohio Organizing Collaborative’s Prentiss Haney and Ohio Federation of Teachers’ Darold Johnson for discussion we’ll livestream on Facebook, YouTube & Twitter!