Saturday stats: Government for the people

Saturday stats: Government for the people

36% & 26%: After the first expanded child tax credit payments hit bank accounts in July and August, 36% fewer Ohio families reported not having enough to eat in the last week and 26% fewer said they had difficulty paying for basic needs like utilities and rent. Those were some of Will Petrik’s findings after he analyzed new data from the Census Household Pulse Survey. The data indicate that child tax credit made life better for thousands of Ohio children and families. As Congress continues to debate the budget and infrastructure bills, they shouldn’t lose sight of what a transformative effect the credit has on people’s lives.

9.3%: Tanisha Pruitt, Ph.D. sifted through a huge tranche of data from the Census Bureau this week. She found that new COVID-specific programs like Pandemic Unemployment Compensation as well as established ones like Social Security helped more Ohioans make ends meet last year. In 2020, the Supplemental Poverty Measure – which includes the impact of government programs – was 9.3% compared to 12.4% in 2019. Check out her blog for all the key findings!

521,308: According to the 2020 U.S. Census, Ohio’s Hispanic or Latinx population grew by 47% since 2010, with 521,308 people identifying as Latinx or Hispanic. We profiled two amazing Latinx Ohioans for Latinx Heritage Month: One former board member, and one current. 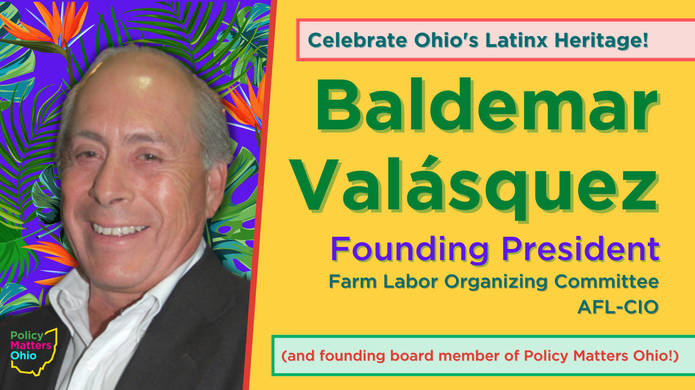 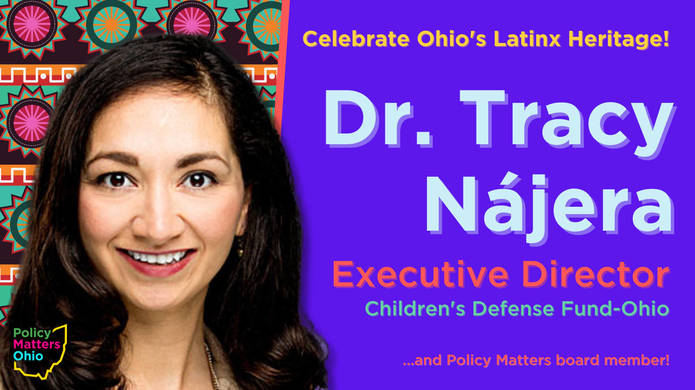 85 years: Zach Schiller helped reporters at the Columbus Dispatch understand the 85-year history of Ohio’s unemployment compensation system. The paper did a comprehensive series about the issue – looking at who gets left out and why lawmakers haven’t fixed it yet.

$5 trillion: That’s the size of the gig economy – what some call the “shadow workforce.” The Chagrin Documentary Film Festival will screen “The Gig Is Up” which exposes the difficult conditions and low pay that characterize so many jobs in gig work. Watch online on Oct. 5 at 5 p.m. or in person on Oct. 6 at 5:15 p.m.

10: Faith in Public Life issued 10 demands for policymakers to curb the drug epidemic and end the racist war on drugs. We signed on. You should, too.