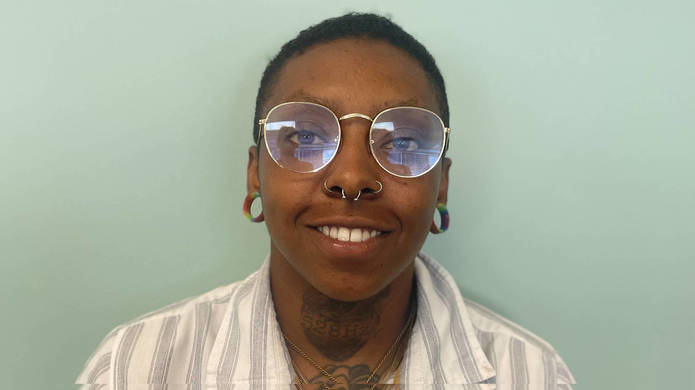 In their role, Easterling will be working with community members, advocates, elected officials and other key stakeholders to establish a “care response” model in Cleveland. Care response, or alternative response, is a “health first” approach to emergency response. Under this model, trained mental health responders are dispatched to help a person experiencing a mental health or behavioral crisis instead of armed law enforcement officers. The health care provider then connects the person to medical care, substance use treatment, shelter, or other services.

“Right now, Ohio currently holds over 18,000 people in jails across the state, of which, Black Ohioans are incarcerated at 5.6 times the rate of white Ohioans,” Easterling said. “Criminalization of mental health and other nonviolent social issues create another pipeline-to-prison system. Mental illness, substance abuse, people seeking shelter, and neurodiversity ought to be addressed as public health issues, instead of a crime and handled with no police interaction. As this approach is undoubtedly needed in our city, I am so excited to play a part in developing a non-police care response program for Cleveland.”

Care response has been shown to reduce the use of force, which disproportionately harms Black and brown people, people with low incomes, people who are neurodiverse, people experiencing homelessness and people with mental health challenges. Care response can also take some of the strain off police departments by freeing officers to respond to more pressing calls. In Eugene, Oregon, for example, the CAHOOTS crisis response model has been in operation since 1989 and has saved Eugene Police Department an estimated $8.5 million per year.

Easterling grew up in Cleveland and is a disabled Air Force veteran. During their service, Easterling spent time in South Korea and Japan. They previously worked as a Veterans Service Officer and as an Outreach Coordinator for Cuyahoga County Veterans Service Commission. Easterling has also been active in local social justice initiatives. While working for the ACLU of Ohio, they served as a lead organizer for the Cuyahoga County Action Team's electronic monitoring campaign and bail reform campaign.

“Bree’s experience, intelligence and empathy make them the perfect addition to our team,” said Policy Matters Executive Director Hannah Halbert. “We firmly believe that they will push Cleveland to become a national model for care response. Together, Bree and our partners will demonstrate that we can live in communities that truly care for everyone, no matter what we look like, what health challenges we face, or how much money we have.”