The 2021 estimates show typical Ohioans are not faring as well as Americans as a whole when comparing median household income and childhood poverty levels. Ohio is doing better than the national average on health insurance coverage.

The following comments can be attributed to Policy Matters Ohio Researcher Will Petrik:

“Most Ohioans work hard for our families, and we want the best for our kids. New data released by the Census Bureau today show Ohio lags most other states in terms of median household income and childhood poverty. State lawmakers have not devoted the needed resources in Ohio’s budget to truly support families and build a bright future for all children. Policymakers have a lot of work to do if they want to make Ohio the best state for families.

“National data released earlier this week clearly showed that public programs that support the economic security of families work, and dramatically reduce child poverty. The evidence for how to improve the lives of children and families is clear. Now lawmakers need to act on the lessons we are learning.

“Ohio is doing better than most states in terms of health coverage. That’s a result of collective action to expand public healthcare coverage through the expansion of Medicaid.

“We must do more to make sure all kids and families in Ohio can thrive. We have an opportunity to improve the economic security of children and families in the next Ohio state budget by making sure the wealthy pay what they owe and kids get the support they need.” 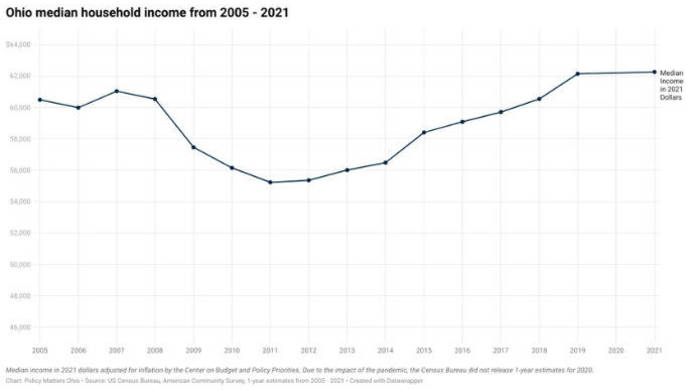 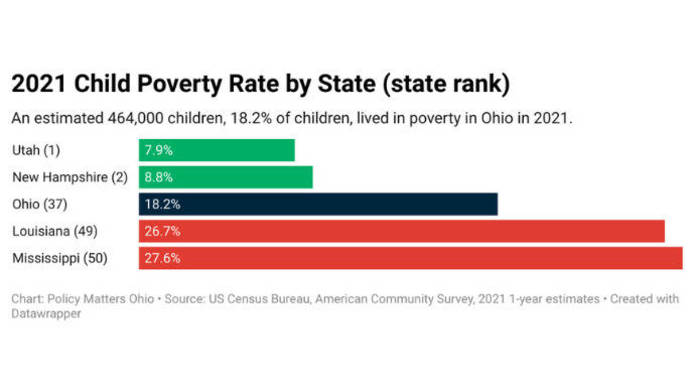 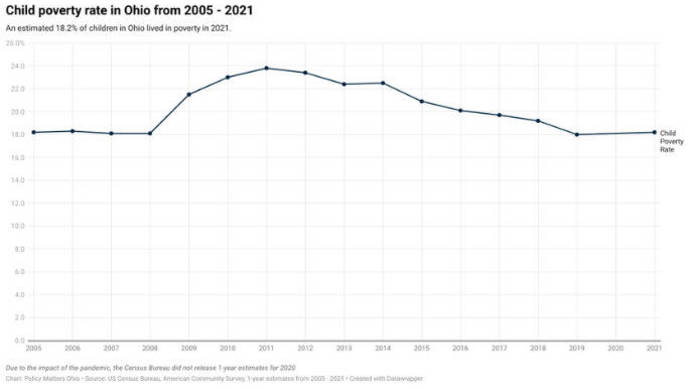 Note: The ACS does not collect information on the value of tax credits such as the Child Tax Credit, stimulus payments, or benefits such as SNAP or housing assistance, among other items, so income and poverty estimates in the ACS do not reflect the impact of public programs. For national data on the impact of economic security programs on poverty, see the U.S. Census analysis of the Supplemental Poverty Measure for children and for all Americans. 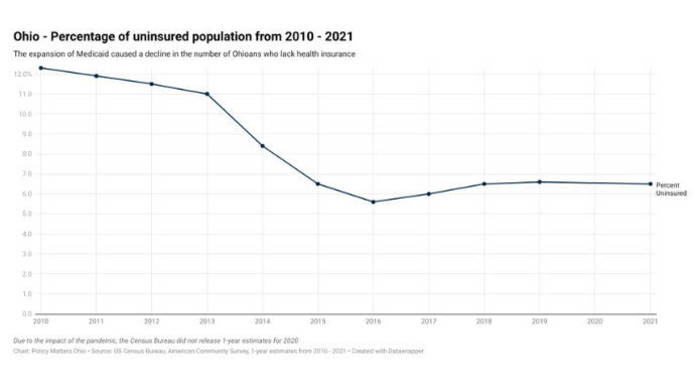