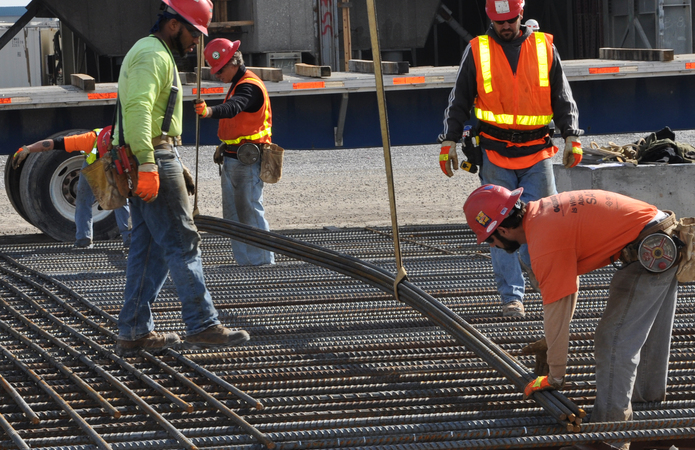 After a string of disappointing job numbers and data revisions, the March report from the Ohio Department of Job & Family Services is a break from the bad news, but it is still weak. The state gained 6,200 seasonally adjusted jobs last month. Ohio’s 12-month job growth rate is just 0.7%, compared to the national average of 1.7%. Several sectors reported losses last month, including manufacturing (-2.4%) and trade, transportation and utilities (-1.6%).

Last month, ODJFS in partnership with the U.S. Bureau of Labor Statistics released its regular annual revision of the job data. The changes were so substantial that they reopened Ohio’s jobs deficit, which is the total number of jobs needed to recapture those lost to the 2007 recession and keep pace with population growth. The jobs added in March were not enough to fill the gap. Ohio still needs more than 16,000 jobs to return to its pre-recession employment level.

“Major data revisions to the 2018 job numbers and a middling start to 2019 show real weakness in Ohio’s recovery,” said Hannah Halbert, project director with Policy Matters Ohio. “Ohio’s strategy of cutting taxes for corporations and the wealthy, increasing tax abatements and incentives for special interests has failed to deliver robust job growth. As policymakers negotiate the next state budget, these results should be a guide. It is time to invest in Ohio.”

The job numbers come from a survey of employers. The separate household survey, which generates the data used to calculate the unemployment rate, had more positive news. It showed more Ohioans working or looking for work. The labor force grew by about 14,000 in March. Most of those returning to the labor market found jobs, as unemployment dropped by about 7,000. Overall, the Ohio unemployment rate improved to 4.4%, down slightly from 4.6%. The national rate is 3.8%.

“It is not uncommon for these surveys to disagree in the monthly updates,” Halbert said. “This is another reason to focus on the long-term trends. And Ohio’s post-recessionary trend has been one of slow, regionalized and unequal growth.”

Reset button: Data revision turns banner year for growth into one of the worst
March 08, 2019

Reset button: Data revision turns banner year for growth into one of the worst
March 08, 2019