The numbers: Seasonally adjusted data released today by the Ohio Department of Job and Family Services (ODJFS) show Ohio employers added 31,300 jobs over the month, from an upwardly revised 5,289,500 in May to 5,320,800 in June. While preliminary numbers are subject to revision, if June’s numbers hold, they could mark a restart to Ohio’s job recovery, which has stalled since November. Ohio has 289,100 fewer jobs than it did, pre-COVID in February 2020. 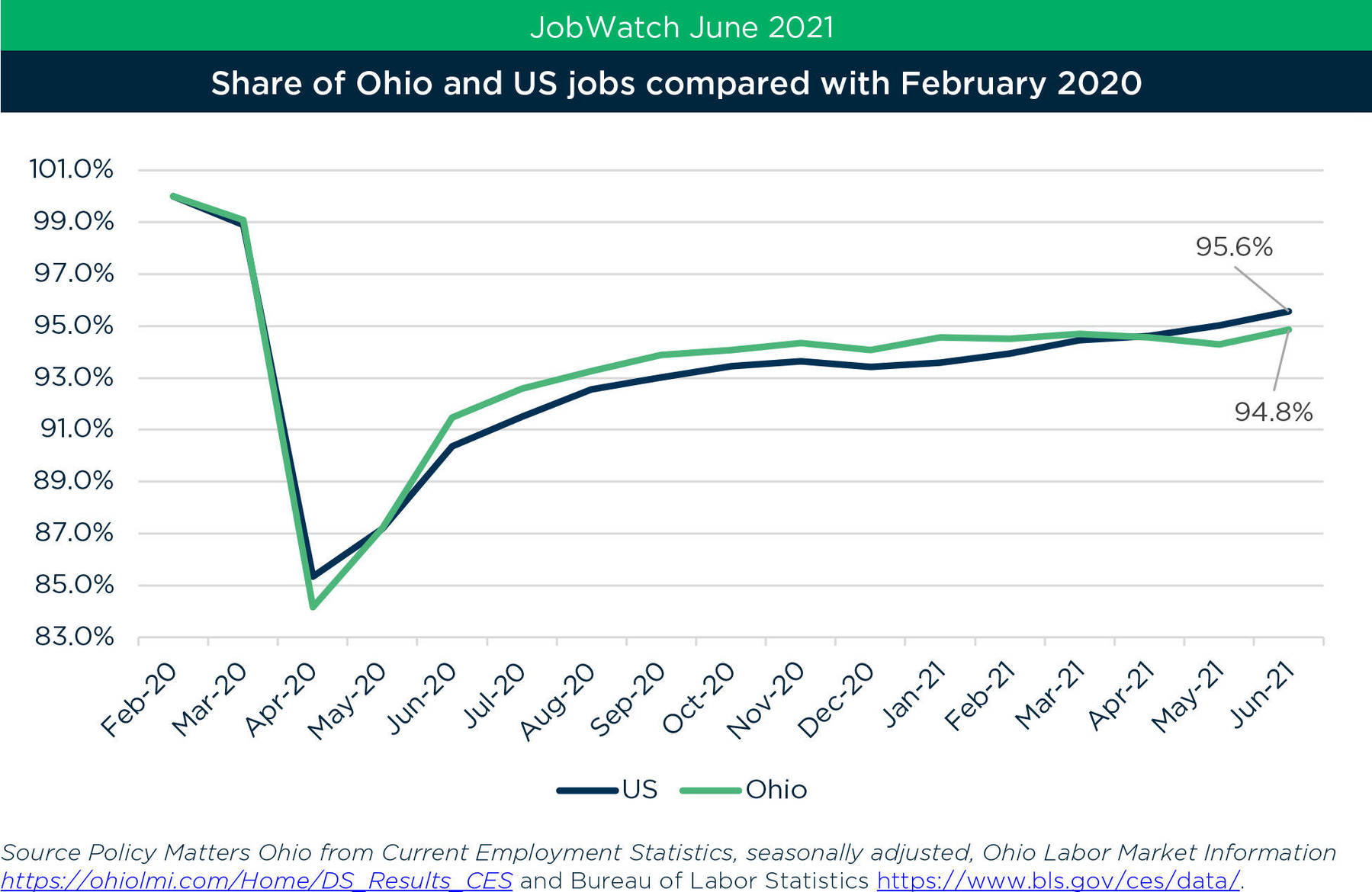 “A single month of good news does not make a trend, but June’s numbers are a welcome sign that after six months without jobs growth, more working Ohioans are getting back on their feet,” said Policy Matters Ohio researcher Michael Shields.

Shields said “The restaurant industry celebrated Gov. DeWine’s decision to prematurely end $300-per-week federal unemployment benefits to Ohioans whose jobs were destroyed by COVID-19. But Ohio’s restaurant jobs recovery is on a similar path with the nation’s. Ohio shows no evidence of a job search or acceptance response to terminating benefits prematurely, and early research suggests that any incentive effect on workers would be overwhelmed by the growth-chilling revenue loss from foregoing these funds. DeWine’s decision will cost Ohio $1 billion. It’s time to end this cruel experiment and restore unemployed Ohioans with the full benefits they are entitled to.” 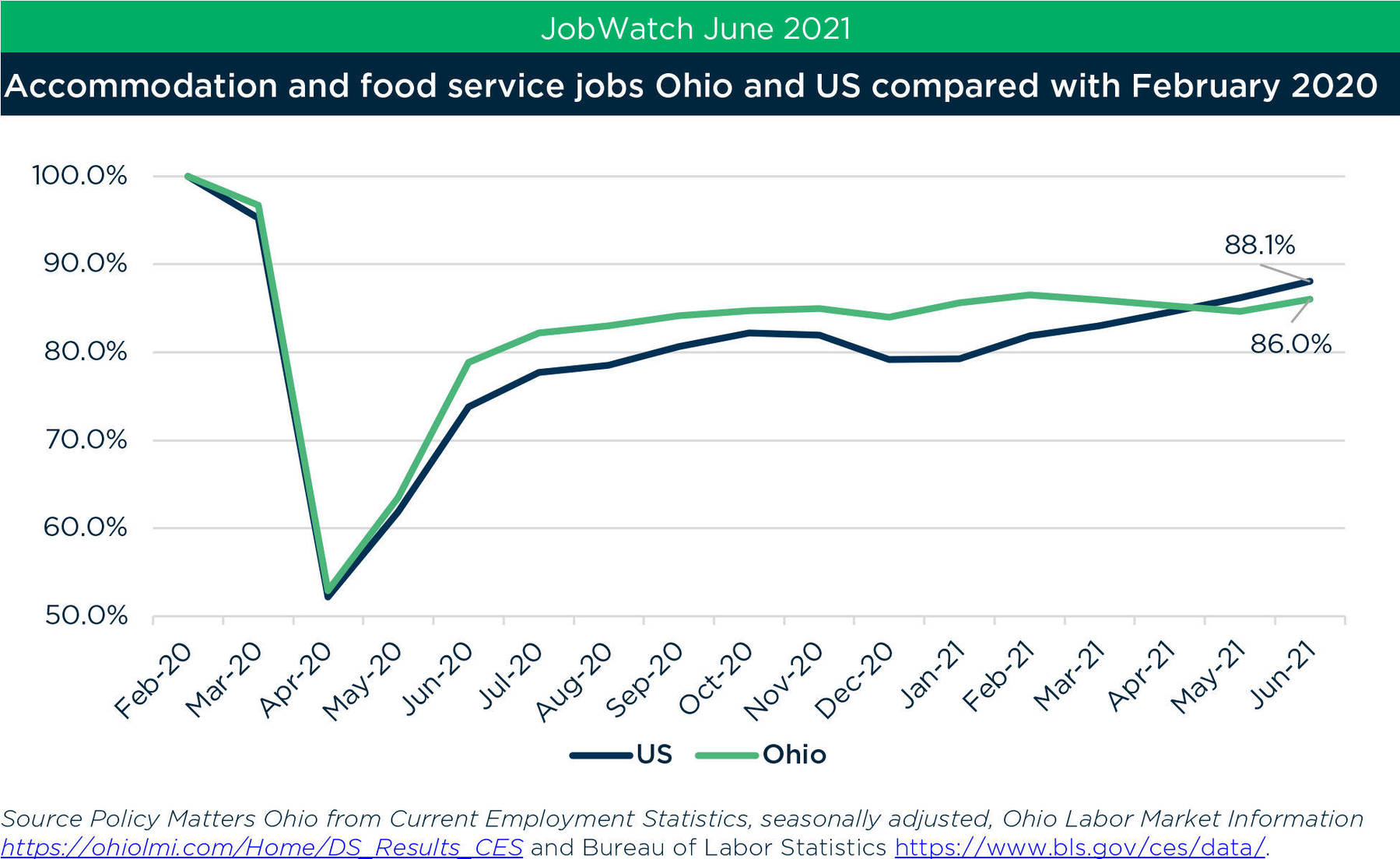 According to the separate survey of households, Ohio’s unemployment rate rose from 5.0% in May to 5.2% in June.

The increase was due to a larger number of Ohioans reentering the workforce (29,000), than finding employment (17,000). June’s household survey indicated 5,580,000 Ohioans are now in the workforce, as either workers or job-seekers, and 5,289,000 have jobs. Labor force participation rose slightly to 60.2%.

Shields said, “While both surveys show positive signs for June, they also show a lot of work left to do. Unprecedented federal stimulus has helped this recovery to move five times as fast as the austerity-burdened recovery from the Great Recession. Smart federal policy seems to be prevailing over recent missteps by some state policymakers: while Ohio is behind the nation, it is on the same path. State and local policymakers will now receive nearly $11 billion in American Rescue Plan dollars. Now is the time to invest that money in ways that will drive an equitable recovery that centers working people.”