County-level data have not yet been released for the same period. Those data will be reported next week, but numbers have been released for the week ending March 21. Those figures show that every Ohio county has had a massive in job losses. Cuyahoga County reported a 26-fold increase in initial claims filings, from 919 claims the week ending March 14 to 24,883 for the week ending March 21. Franklin County filings rose from 674 to 23,527. In percentage terms, the rise in county jobless claims ranged from a 166% increase in Vinton County (from 29 to 77 filings), to a 5,756% increase in Preble County (from just nine filings to 527). Initial claims for the week ending March 21 exceeded continued claims – which include claimants who’ve been receiving jobless benefits for up to 26 weeks – statewide and in all but eight counties. This means that more people filed for unemployment last week than had been in the system collecting benefits for all eligible prior weeks combined. Chart 1 below highlights the ten counties with the largest percentage increase in initial jobless claims. Table 1 at bottom gives figures for all counties. 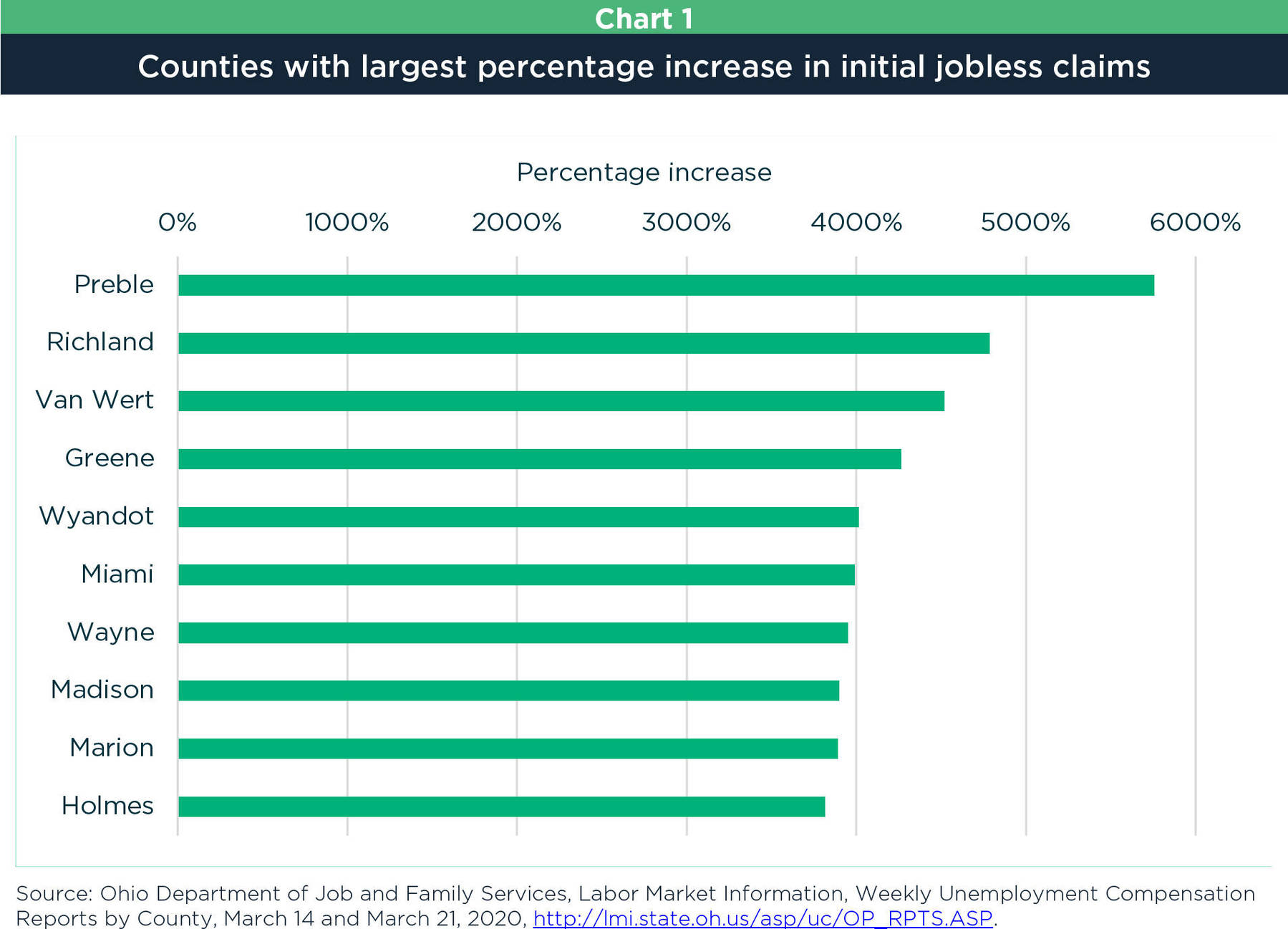 “Ohioans in all reaches of the state are already feeling the impact of the coronavirus recession,” said Policy Matters Ohio researcher Michael Shields. “This crisis has hit Ohio harder and faster because so many Ohioans have been living on the brink for so long.”

The Economic Policy Institute (EPI) projects that Ohio could lose 714,752 private sector jobs by July. These numbers also capture reduced hours, and some affected workers will return to their employers after a layoff or furlough. Importantly, these figures take into account the $2 trillion federal CARES Act, and another fiscal stimulus bill now wending its way through Congress. Without rapid and sustained federal spending, job losses would be even worse.

EPI projects Ohio could reach an implied unemployment rate of 16.4% by July. The implied rate is based on the projected lost labor demand and may differ from the actual unemployment rate, in part because some cutbacks will result in reduced hours, rather than layoffs. Ohio’s highest unemployment rate since records began being tracked in 1976 was 14.0%, for two months in December 1982 and January 1983. Ohio never recovered its manufacturing jobs lost during that recession. The official unemployment rate will likely understate the true extent of joblessness in the coming months, because the figure only counts those who are actively seeking work. Because efforts to contain the virus require people to stay home and business to stay closed, many will not be seeking work. Some will face extreme hardship over the coming months.

“This recession is unprecedented,” said Policy Matters Ohio researcher Michael Shields. “Usually in a recession, we want to get people back to work as quickly as possible. Now we need them to stay home to keep themselves and others safe.”

Shields said the key task is to support Ohioans’ spending during the stay-at-home order: “That’s going to meet critical needs for food and stable homes, and sustaining that consumer spending is how businesses will survive and be positioned to bounce back once the health threat has passed. That requires the federal government to replace payroll during this crisis. The stimulus must focus on workers and main street instead of big corporate bailouts.” Small businesses and nonprofits are eligible for a federal loan to cover up to eight weeks of payroll and expenses. Firms that retain their workforce can convert that money into a grant that need not be paid back if they retain their employees.

Some workers are still on the job

“The other side of this story is workers who can’t stay home,” said Shields. “The doctors and nurses who will treat us if we fall ill are essential workers. So are the grocery store clerks who keep the shelves stocked, the delivery drivers who bring our prescriptions, and the sanitation workers who keep our neighborhoods clean. These workers keep the economy running while the rest of us shelter at home – at personal risk to themselves.”

“These workers have always been essential,” said Shields. “This crisis shows how our lives depend on them. It’s time we started treating them with respect.”

From the federal government

Fiscal stimulus from the federal government will be vital to ensure that those who cannot work during the pandemic are able to afford basic needs, and to prevent business closures. The $2 trillion fiscal stimulus CARES Act is a good start. More will be needed. Congress should pass economic triggers to keep the resources flowing as long as they are needed. Additional funding should go to families, and to state and local governments. The next bill should include provisions to protect essential workers. 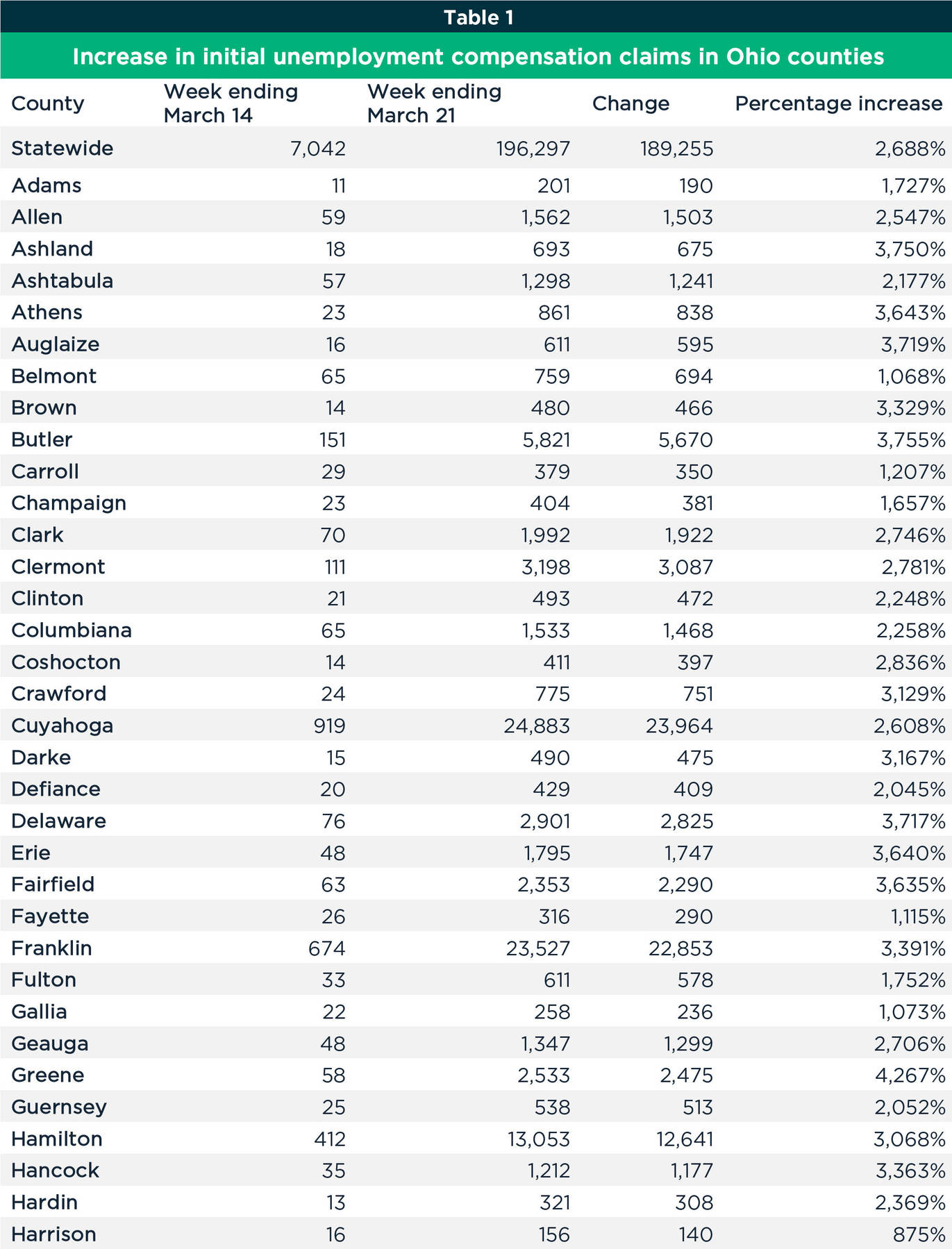 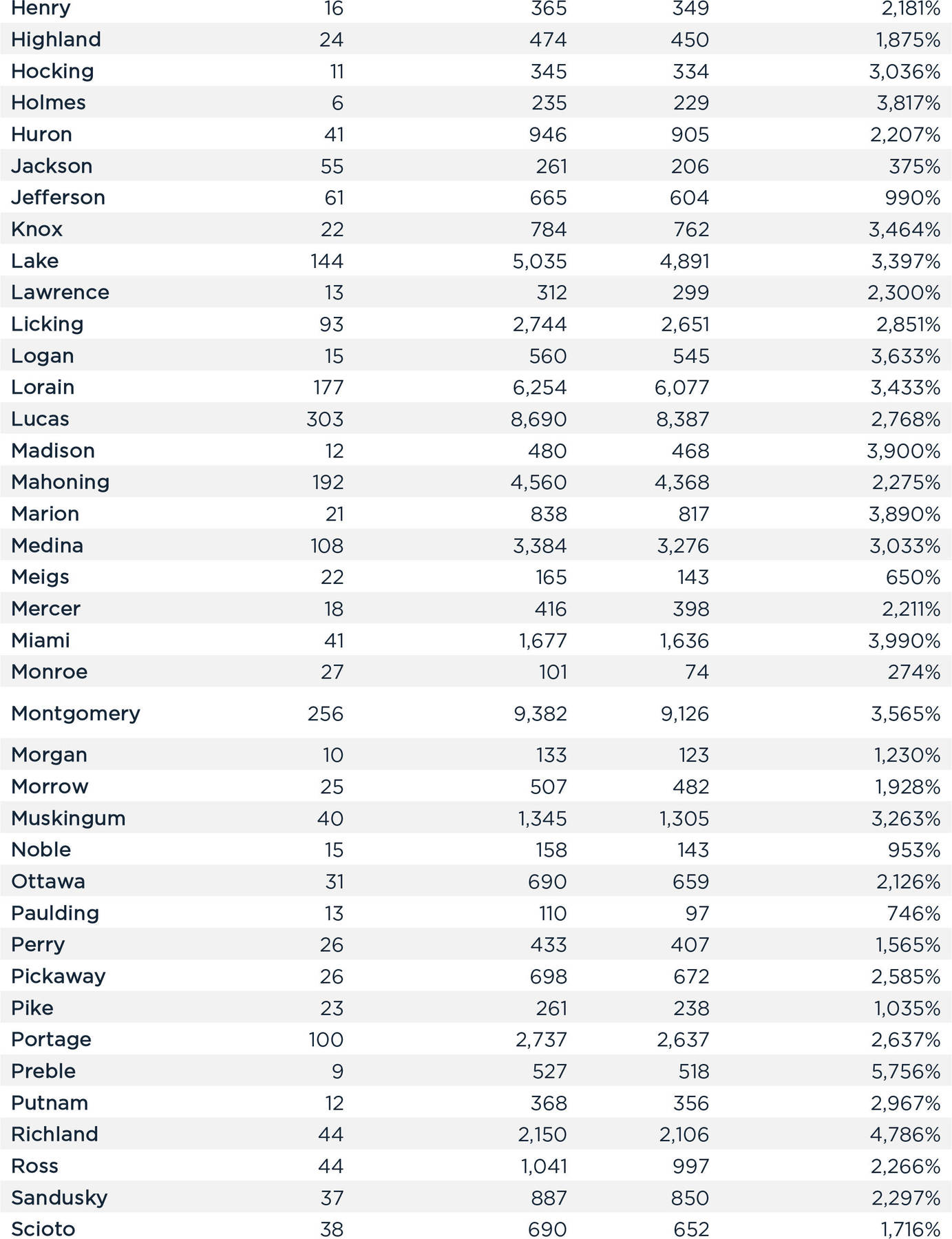 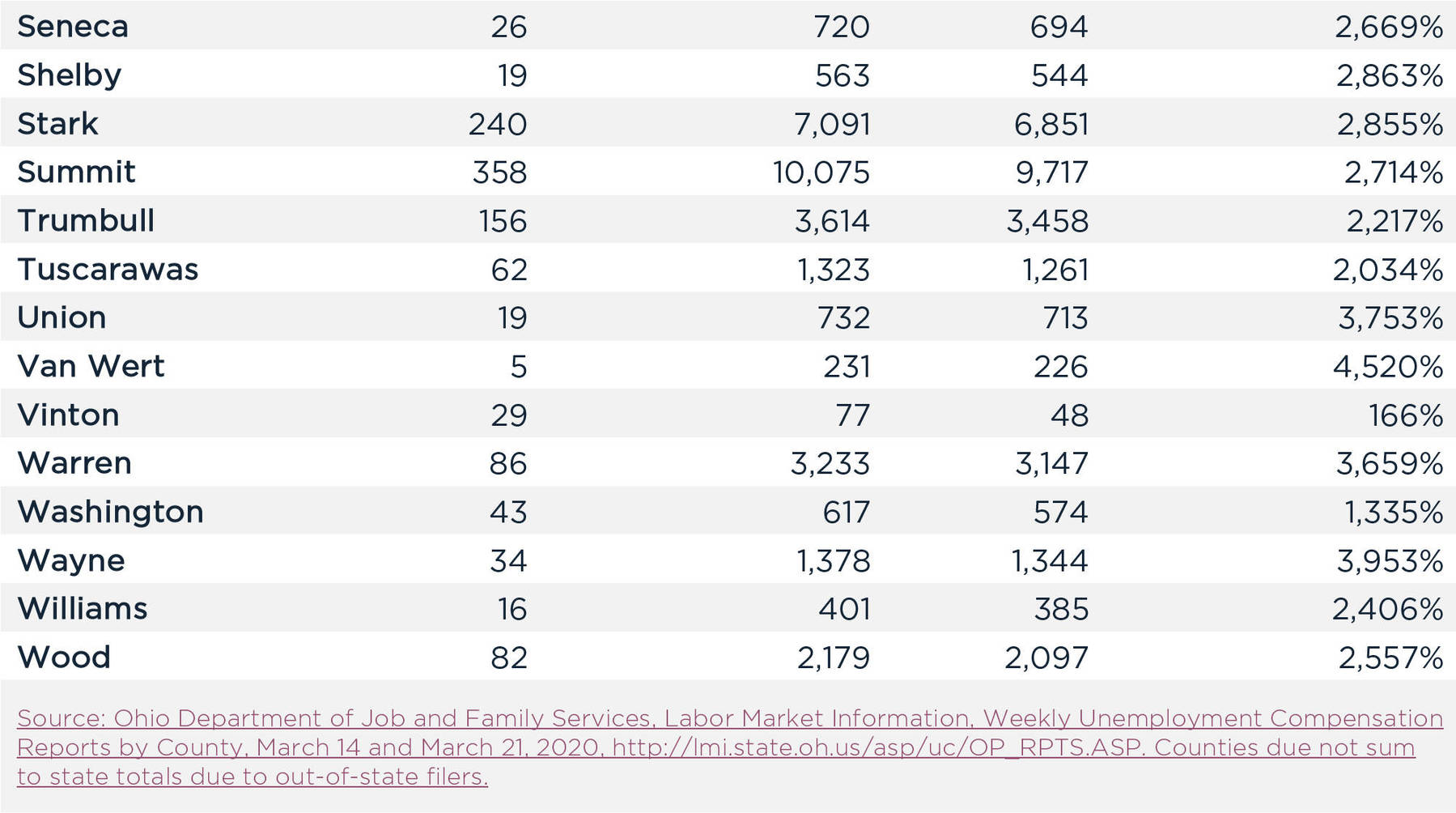