Jobs and the Trade Deficit: A Growing Problem

Jobs and the Trade Deficit: A Growing Problem

Trade between the United States and China has grown tremendously since China entered the World Trade Organization in 2001. The effect has been net job loss in the U.S. (2.4 million jobs) and in Ohio (91,800 jobs). Ohio's industrial base, concentrated in durable goods, ranked twentieth among the states in share of state jobs lost due to trade with China, but eighth in terms of absolute loss. Job loss occurred in every Ohio congressional district as the table below shows. 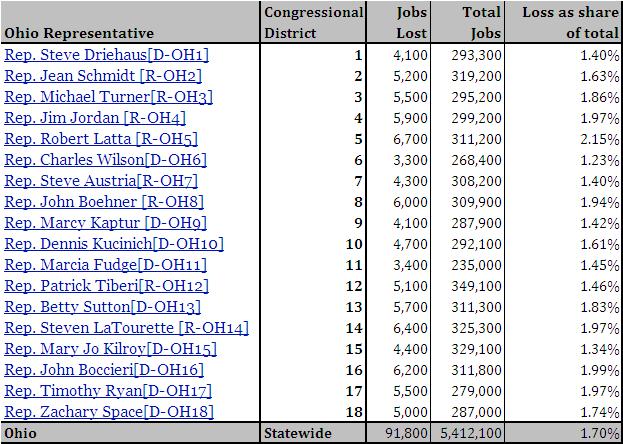 This ten-page brief by Policy Matters Senior Associate Wendy Patton is based on analysis done by Rob Scott of the Economic Policy Institute, who authored the longer national report.