For many in the United States, debt is the price of upward mobility. An increasing number of jobs require some college, and wages are higher for people with college degrees. As states cut funding for higher education, colleges have passed the costs on to students. Nationally, 44.2 million people – one-sixth of the population – hold a total of $1.3 trillion in student loan debt. In Ohio, over 687,000 people hold $19 billion in outstanding student debt, which doesn’t even include people with only private loans. 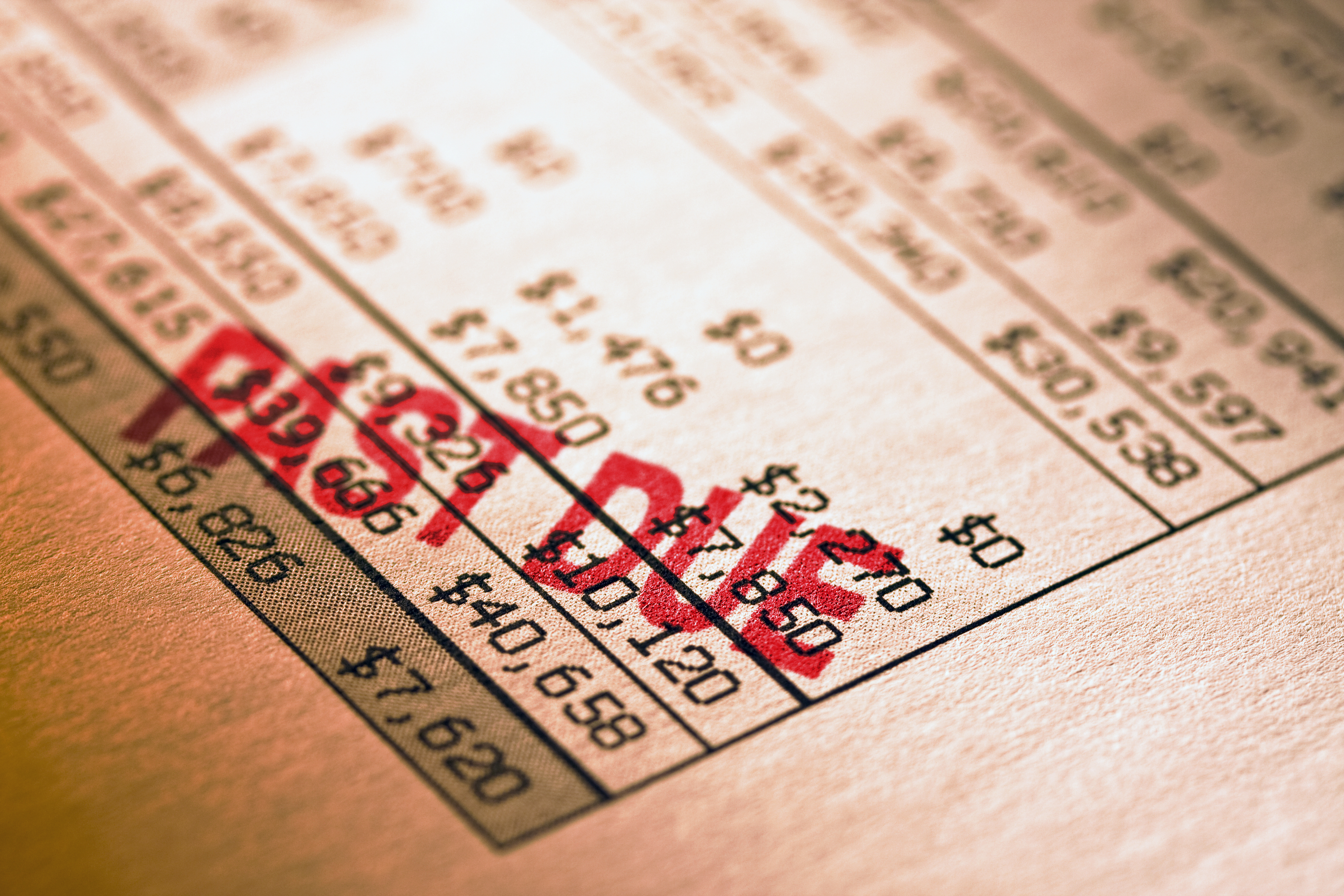 Chastity Christian is one of those people. She knew she needed an education. She also needed money. She took out loans so she could go to Wright State, then transferred to Brown Mackie, then transferred again to Cincinnati State, and ultimately went to Aveda Beauty School. Along the way, Chastity accumulated increasing amounts of debt until she owed $30,000 in loans for three degrees that she never got.

“Hell no, I wasn’t informed about the process,” said Chastity. “I just knew I needed money.”

Across the state, students who attend public, private, and especially for-profit institutions are trying to manage the financial burden of student debt. This debt is not dischargeable in bankruptcy, which means when borrowers fall on hard times they have limited options for relief and are vulnerable to predatory practices. Both legitimate loan servicers and student loan forgiveness scams take advantage of the millions who have student loan debt.

Ashley Monk graduated from the University of Cincinnati, one of Ohio’s largest public universities, and struggled to pay back her loans after graduating. Ashley had help from her parents to pay for college, but after they stopped contributing, she began to work longer hours and take on debt to finish her degree. 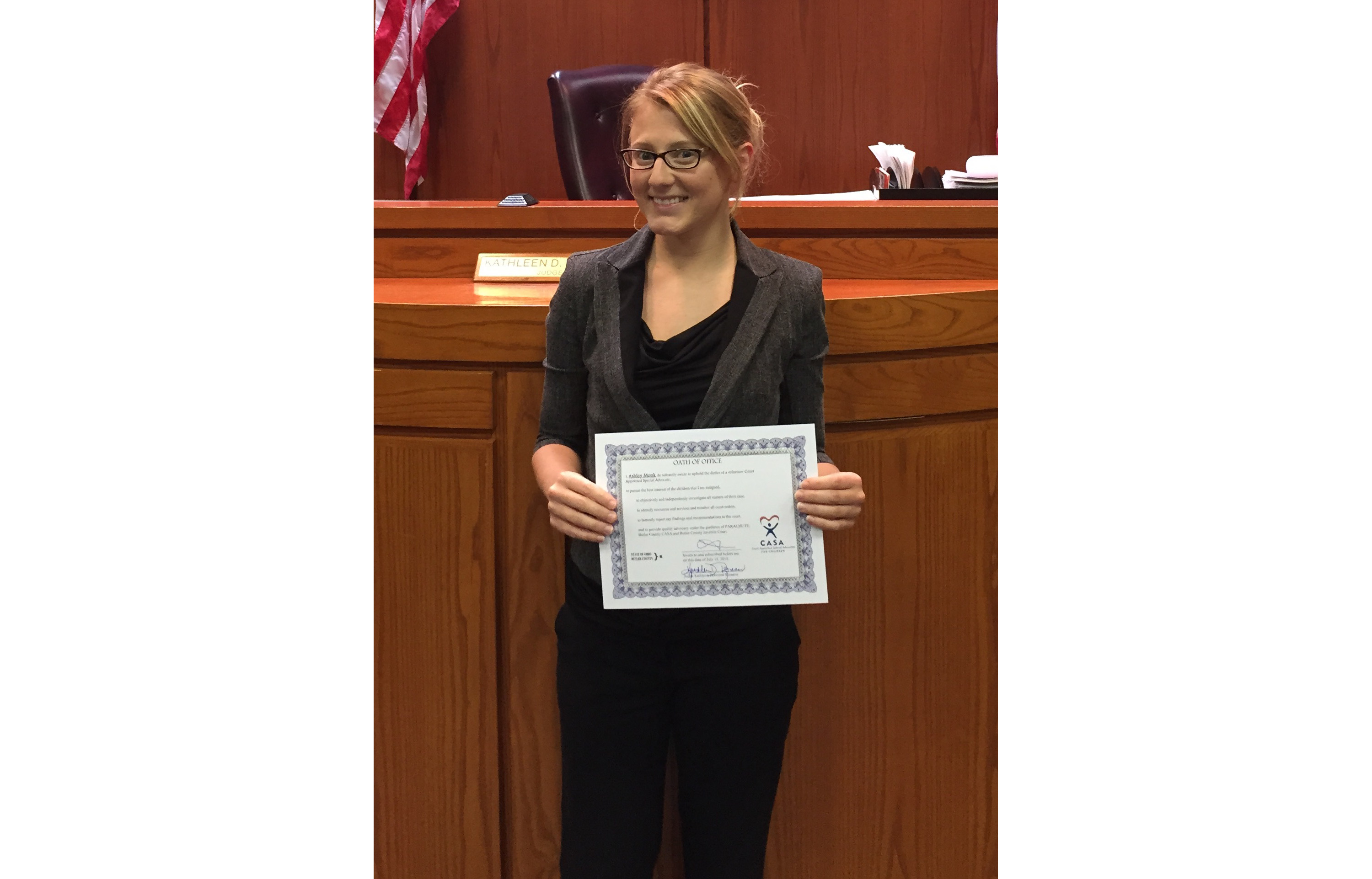 “There was a period of time when I lived in Fairfield where I couldn’t afford much of anything,” Ashley said. “I mean my electricity was going to be shut off completely. I was missing my credit card payments for items that were necessities. Really, I used the credit card a lot too when I was in college so it kind of became its own student loan…It [student loan payment] affected my ability to pay for necessities sometimes for sure. I ate at my job a lot to save money.”

People with student debt are struggling to payback their loans. In Ohio, average student debt for the class of 2014 was $29,353. Of Ohioans with student debt in 2014, an estimated 42.2 percent were considered “distressed,” meaning they can’t fully repay their loans due to financial difficulties or problematic loan terms. In 2014, nearly 27 percent of borrowers were in serious delinquency, late on payments, and 15.7 percent were in default, when borrowers are delinquent for longer than 270 days for federal loans.

Ashley and Chastity are two of hundreds of thousands of Ohio college graduates who find themselves struggling to get by after doing what everyone told them they had to do to get ahead: get a degree. In this report, Policy Matters Ohio and the Ohio Student Association have collaborated to describe the breadth and depth of the student debt trap in Ohio and tell a few of the stories of the people caught in it.

Borrowers of color have higher rates of distress (57.2 percent), delinquency (36.6 percent) and default (20.6 percent) than white borrowers who have rates of 38.1 percent, 23.7 percent, and 14.4 percent, respectively. Low-income people and borrowers with relatively small debts have the highest rates of default. Nationally, one-third of borrowers in default have balances of $10,000 or less. Those borrowers often did not complete their degrees and thus have lower earnings. People making less than $25,000 have the highest default rate at 18.7 percent.

Gender disparities are apparent in student debt. Women comprise 56 percent of college students but owe nearly 66 percent of the $1.3 trillion of student debt nationally. Women, in particular Black and Hispanic women, borrow more to get their degree and because of the gender-pay gap cannot as easily pay off their debt. As women and men move through repayment the disparities in debt increase.

Students who come to college with limited funds end up having to work even harder just to be able to afford to stay at their institution, and often end up more vulnerable to predatory student debt practices. Tyler Willis, a junior at Wright State, works 30 hours per week on top of his course load to be able to afford tuition.

“A lot of people work to be able to go to school,” he said, “and if you’re working, you shouldn’t have to work two to three jobs just to be able to get through school and be able to attain the American Dream.”

The for-profit college sector, which often preys on low-income people, people of color, and veterans, produces a disproportionately high number of students who are delinquent or have defaulted on their loans. The Education Department is seeking to undermine rules that would protect those students. The gainful employment rule allows the department to crack down on mostly for-profit colleges by barring federal student aid to colleges whose graduates have high debt-to-income ratios. The borrower defense to repayment rule forgives federal loans for students who attended schools that used illegal or deceptive practices to con students into taking out loans. A recent Policy Matters report details the poor job outcomes and high debt many graduates of for-profit colleges face in Ohio.

Those rules were written during the Obama administration to crack down on schools like the now-defunct ITT Technical Institute and Corinthian Colleges, as well as other for-profit schools known for taking advantage of students and using federal financial aid for profit. That system of accountability is under attack.

In addition to struggling to pay their loans, people with student debt face a predatory repayment climate that does not have their best interest in mind. In April, the U.S. Department of Education rolled back consumer protections for student loan borrowers, making it harder for people to pay their loans back. The Obama administration implemented the safeguards in response to systemic wrongdoing by loan servicers in administering repayment services. Under Obama, the department contracted with loan servicers responsible for collecting payments from borrowers and ensuring their repayment rights are protected. The policies required loan servicers to properly process payments, provide borrowers with accurate and timely information, help borrowers enter income-driven repayment plans and help them avoid default. These regulations were designed to curb the industry-wide abuses that have made borrowers worse off financially. The Trump administration eliminated a crucial line of defense for student borrowers.

Poor quality loan servicing puts people with debt in even worse financial straits. A U.S. Government Accountability Office (GAO) report found that 70 percent of borrowers in default qualified for lower-monthly payments through repayment plans that cap monthly payments based on income. Loan servicers did not inform borrowers of this option, the report found. One of the worst offenders is Navient, the largest servicer of federal and private student loans and formerly part of Sallie Mae. The Consumer Financial Protection Bureau (CFPB) sued Navient for, “failing consumers…at all stages of repayment.” Navient is accused of illegally cheating borrowers out of their right to lower payments, creating obstacles to repayment by providing bad information and improperly handling payments. Even more egregious, Navient harmed the credit of disabled borrowers and severely injured veterans by telling credit reporting agencies that borrowers had defaulted, when actually they had their loans discharged. Just this year Navient stated to the CFPB, “There is no expectation that the servicer will act in the best interest of the consumer.”

Ashley Monk had challenges with her loan servicer. She entered loan deferment to get temporary relief from making payments, but still faced barriers. “They [Sallie Mae] wanted me to pay, like a few hundred dollars, just to I guess set up the deferment,” she said. “I don’t know what the point was, but that’s what they wanted me to do.” Ashley’s experience shows how loan services can make it even harder for low-income people to get relief, often with no explanation.

When government-contracted loan servicers fail to provide millions of borrowers with appropriate and legal repayment services, borrowers, especially financially distressed borrowers, are vulnerable to scammers who prey on the potential lifetime burden of student loan debt. Student loan forgiveness scams seek borrowers in need of loan relief who may have not received accurate and timely information about repayment options from their loan servicer. The scams are advertised across the internet and use official-sounding names to lure and defraud people. The scams usually take two approaches. Sometimes the scammers simply charge people for money without providing a relief service. Other times they con vulnerable people out of money by acting as middlemen to help them register for programs that the federal government already offers for free, such as income-driven repayment plans or forbearance, when payments are suspended for a specific period of time and still accrue interest. The CFPB has been shutting down these fraudulent companies. In March of this year, CFPB shut down Student Aid Institute Inc. for illegally charging borrowers advance fees for loan relief, misrepresenting borrowers savings, and falsely claiming affiliation with the U.S. Department of Education. Trump’s budget proposes to practically defund the CFPB in 2018.

In addition to outright fraudulent practices, loan servicers and debt relief scams prey on borrowers with limited knowledge of federal loan repayment options. Borrowers often don’t know about free federal income-driven repayment plans or the public service and teacher loan forgiveness programs. Public Service Loan forgiveness, which forgives federal loans after 10 years of making payments while working for a qualifying employer, is eliminated in the Trump budget proposal for borrowers who start taking out loans after July 1, 2018. Generally speaking, anything promising outright loan forgiveness is too good to be true and student debt discharge is only available for a limited set of circumstances, but there are some options. Information about these programs can be found at studentaid.ed.gov. It is evident from the GAO report and lawsuits that many people with student debt are unaware of their rights as borrowers. With over 40 percent of Ohio borrowers in distress, more is needed to help them into repayment plans that lower monthly payments and protect them from abuse.

If you want to get involved in organizing around student debt, please contact Prentiss Haney of the Ohio Student Association (OSA) at prentiss@ohorganizing.org. OSA is a statewide organization led by young people. OSA engages in values-based issue and electoral organizing, nonviolent direct action, advocacy for progressive public policy, and leadership development.

We want to hear about your experience with student debt! If you want to share your story please fill out this form.