Programs that pay for college at risk

Programs that pay for college at risk

For many people in the United States, college paves the way to the middle class. Important programs like Pell Grants and government backed loans help students afford a college degree. These programs help young Americans gain the skills they need to get a good job. They are an investment in the nation’s future.

But too many Ohioans struggle to afford college and pay back student loans. The Trump administration’s budget proposal and the resolution passed by the House Budget Committee dismantle key college access and affordability. Both proposals slash Pell Grants, the most important source of need-based aid for students. The proposals also cut interest-free loans for undergraduate students in school, and eliminate some debt relief programs. These programs ensure that college is attainable for low- and middle-income Ohioans. Every year hundreds of thousands of working-class students attending Ohio public and private universities use these programs to make college more affordable. Ohio is one of the worst states in the nation in student debt burden. These cuts will force Ohioans to take on even more debt to get a degree—making our communities and economies less competitive. 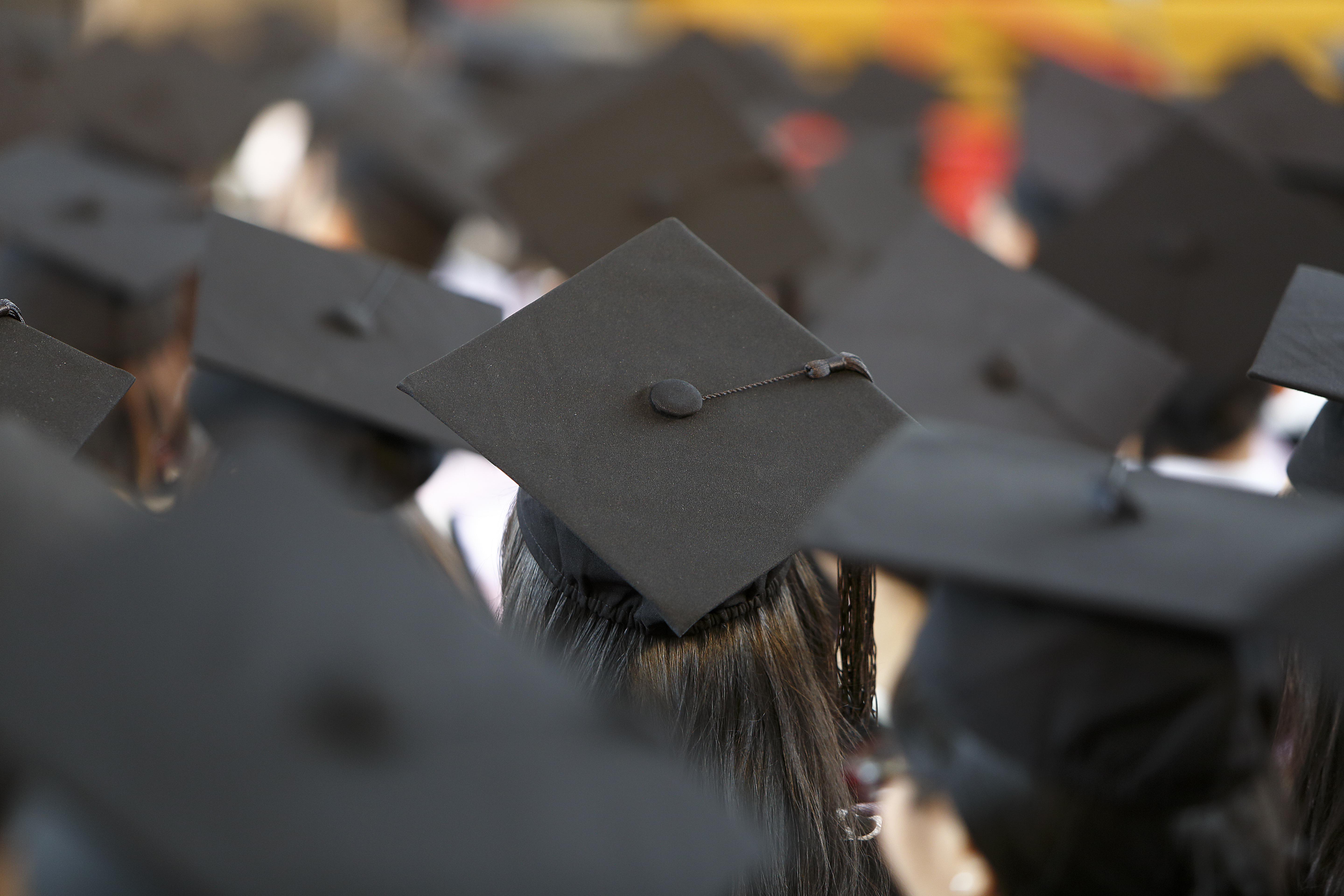 The House Budget Resolution sets Congressional funding priorities for the next 10 years. It calls for massive giveaways to the wealthy and corporations and deep cuts to programs that pay for college. Members of the Budget Committee voted to slash $236 billion in mandatory education spending.[1] They targeted programs that help the most people afford college: Pell Grants, subsidized loans, income-based repayment plans, and public service loan forgiveness.

A Pell Grant is a need-based grant for low-income undergraduates. The largest grant program in the nation, Pell Grants have helped millions of moderate income students attend college over the last 45 years. They increase enrollment, reduce drop-out rates, and improve academic outcomes.[2] President Trump proposed cutting $4 billion from Pell.[3] The House went further, cutting Pell by a total of $4.6 billion. In May, the House passed an agreement to fund the government until September 2017 which cut $1.3 billion in Pell funding and reinstated year-round Pell eligibility.[4] Second, the House Appropriations Committee approved the Fiscal Year 2018 Labor, Health and Human Services, and Education appropriations bill eliminating another $3.3 billion in 2018.[5] Finally, the House budget resolution eliminates all mandatory funding for Pell Grants, slashing $78.5 billion over the next decade. This is equivalent to reducing the maximum grant for the lowest income students from $5,920 to $4,860. One year of mandatory cuts to Pell equals the average grant for 2 million students, more than 25 percent of recipients. Also, the resolution does not include inflation increases, eroding the value of a Pell Grant over time.[6]

Already, the maximum Pell grant covers less than 30 percent of the average total cost of college — the lowest share in 40 years.[7] Changes to Pell further erode its ability to increase access for low-income, first-generation, and students of color. The harm to Ohioans and Ohio’s colleges would be significant. For the 2015-16 academic year, 221,494 students received Pell Grants at all Ohio colleges for a total of $800.8 million.[8] The majority of Pell recipients have incomes below $20,000.[9] Students using Pell Grant are twice as likely to have student loans and they borrow more than their higher income peers. Pell Grants are the backbone of college affordability for low- and moderate-income Ohioans. Cuts to the program undermine Ohio’s college attainment goal of 65 percent by 2025.

Subsidized loans are need-based loans that do not accrue interest while a student is in school, for six months after they leave school, during active-duty military service, and for up to three years of unemployment or other economic hardship. The Trump budget and House resolution propose eliminating this program. During the 2015-16 academic year, 242,240 students at Ohio colleges used subsidized federal loans, which totaled $907.7 million.[10] Subsidized loans make debt more manageable by saving students thousands of dollars in interest.

The Congressional Budget Office estimates that elimination of subsidized loans would cost students $23.4 billion over 10 years.[11] A simulation by the Institute for College Access and Success found that this change would mean that a student borrowing the current maximum subsidized loan amount of $23,000 for their degree, would pay significantly more in interest over the life of the loan. The student would start with $3,360 in additional debt because of interest accrued while in school. Students would pay $4,700 (16 percent) more in interest over 10 years and $6,600 (16 percent) more in interest for a 25-year repayment.[12] Eliminating subsidized loans will make it significantly more expensive for modest-income students to attend college.

There are four income-based repayment plans for federal student loans. Under these plans, monthly loan payments are based on income and family size. Payments are capped at 10 to 20 percent of discretionary income (gross income less 150 percent of poverty line for your family size). Under these plans repayment is extended to 20 or 25 years and loan balances are forgiven after 20 or 25 years.[13] These plans help student borrowers manage loans and avoid credit-destroying defaults. The Trump budget proposes consolidating the programs into one, setting the monthly payment cap at 12.5 percent; shortening the repayment period for undergraduates to 15 years; and extending the repayment period for graduate students to 30 years.[14] Most newer borrowers can have their payments capped at 10 percent. Increasing the cap to 12.5 percent would especially harm Ohioans who struggle to pay back student debt.[15] On average Ohio has higher rates of indebtedness and default than the nation. Our average debt for the class of 2016 was $30,351 - 14th highest in the nation.[16] An estimated $1.6 million Ohioans hold nearly $39.7 billion federal direct and Federal Family Education loans — a number that does not include people with only private student loans.[17] Based on the three-year cohort default rate for 2013, 13.6 percent Ohioans with student loans defaulted, 2.3 points higher than the national rate.[18] Income-based repayment options can help struggling borrowers avoid default. Changing the program could weaken an important debt relief tool.

The House budget resolution and Trump budget propose eliminating the Public Service Loan Forgiveness Program. The program provides loan forgiveness to qualified borrowers who work in public service after making 10 years of on-time payments. This makes paying back loans more manageable for teachers, firefighters, public interest lawyers and others. Many public service professions require at least a bachelor’s degree but pay modestly. Public service loan forgiveness allows people to pursue careers that help their communities without being over-burdened by loan payments. Nearly two-thirds of people who are certified in Public Service Loan Forgiveness make under $50,000 a year.[19] This program can help many Ohioans deal with our state’s high rates of student debt.

Cuts to these programs would undermine Ohio’s college attainment goal of 65 percent by 2025. The Trump and House proposals would increase debt for Ohioans who pursue postsecondary education. Pell Grants and subsidized loans create access for people who cannot afford the high cost of college. Congress should not cut taxes for the wealthy and corporations at the expense of programs that help pay for college. Ohio’s public colleges are among the nation’s most expensive. Our representatives and senators must protect student financial aid and debt relief programs by ensuring:

[3] “Budget of the U.S. Government A New Foundation for American Greatness Fiscal Year 2018” (Office of Management and Budget, May 2017), https://www.whitehouse.gov/sites/whitehouse.gov/files/omb/budget/fy2018/budget.pdf

[5] “Making Appropriations for the Departments of Labor, Health and Human Services, and Education, and Related Agencies for the Fiscal Year Ending September 30, 2018, and for Other Purposes.” (House Appropriations Committee, July 2017), https://appropriations.house.gov/uploadedfiles/turn_4_xml.pdf.

[12] Diane Cheng, “House Budget Proposal to Eliminate Subsidized Loans Would Increase the Cost of College by Thousands of Dollars” (The Institute for College Access and Success, July 18, 2017), https://ticas.org/blog/house-budget-proposal-eliminate-subsidized-loans-would-increase-cost-college-thousands-dollars

[14] “Budget of the U.S. Government A New Foundation for American Greatness Fiscal Year 2018” (Office of Management and Budget, May 2017), https://www.whitehouse.gov/sites/whitehouse.gov/files/omb/budget/fy2018/budget.pdf

[16]The Institute for College Access and Success, “Student Debt and the Class of 2016,” September 2017, https://ticas.org/posd/map-state-data#overlay=posd/state_data/2017/oh.

[17] U.S. Department of Education, “Estimated Outstanding Balance and Number of Borrowers with Outstanding Direct Loan or FFEL Loan as of Jan. 2015, by State,” https://obamawhitehouse.archives.gov/sites/default/files/docs/state_by_state_number_of_borrowers_and_outstanding_balance_final.pdf. Of estimated number, 80 percent are people currently living in Ohio, so number in this report are 80 percent of “Number of Borrowers” and “Total Outstanding” in this source.