Ohio locks up a larger share of our neighbors than all but 13 other states and only two states have a higher share of people on probation: our punishment-based system incarcerates too many Ohioans, leaves prisons overcrowded and unsafe for inmates and guards, and damages communities. Ohio will spend more than $1.8 billion a year over the next two years to keep nearly 50,000 people in prison through the Ohio Department of Rehabilitation and Correction (DRC). House Bill 166, the budget bill making its way through the General Assembly, reflects the needs of an overcrowded prison system and growing attempts to provide more appropriate strategies. 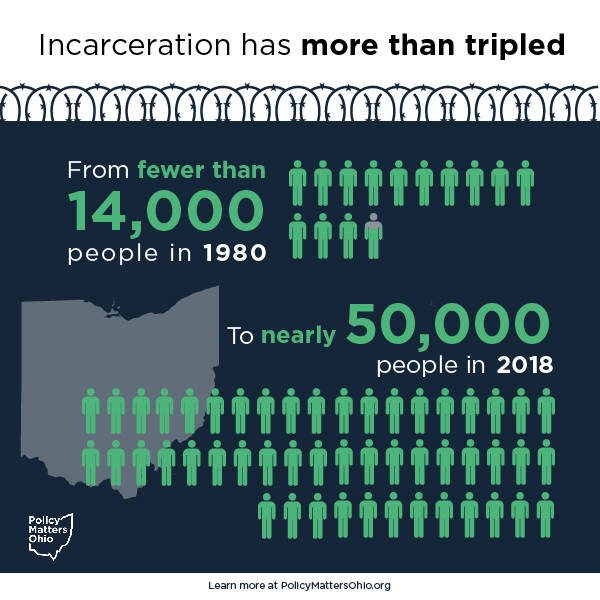 Governor Mike DeWine called for an increase of $249 million over the prior biennium, an increase of 7 percent (not adjusted for inflation). The budget passed by the House largely follows the course charted by the DeWine administration, adding just over $15 million to the executive’s DRC budget. The Senate’s budget tracks the House version closely, changing only one line item with a reduction of approximately $1 million. This shared focus helps to restore funding, which still lags earlier years even though the prison population has grown. The state is spending $49 million (3.4 percent) less, adjusted for inflation, than in 2005, when the prison population was 44,000, about 5,000 fewer inmates than in 2019. 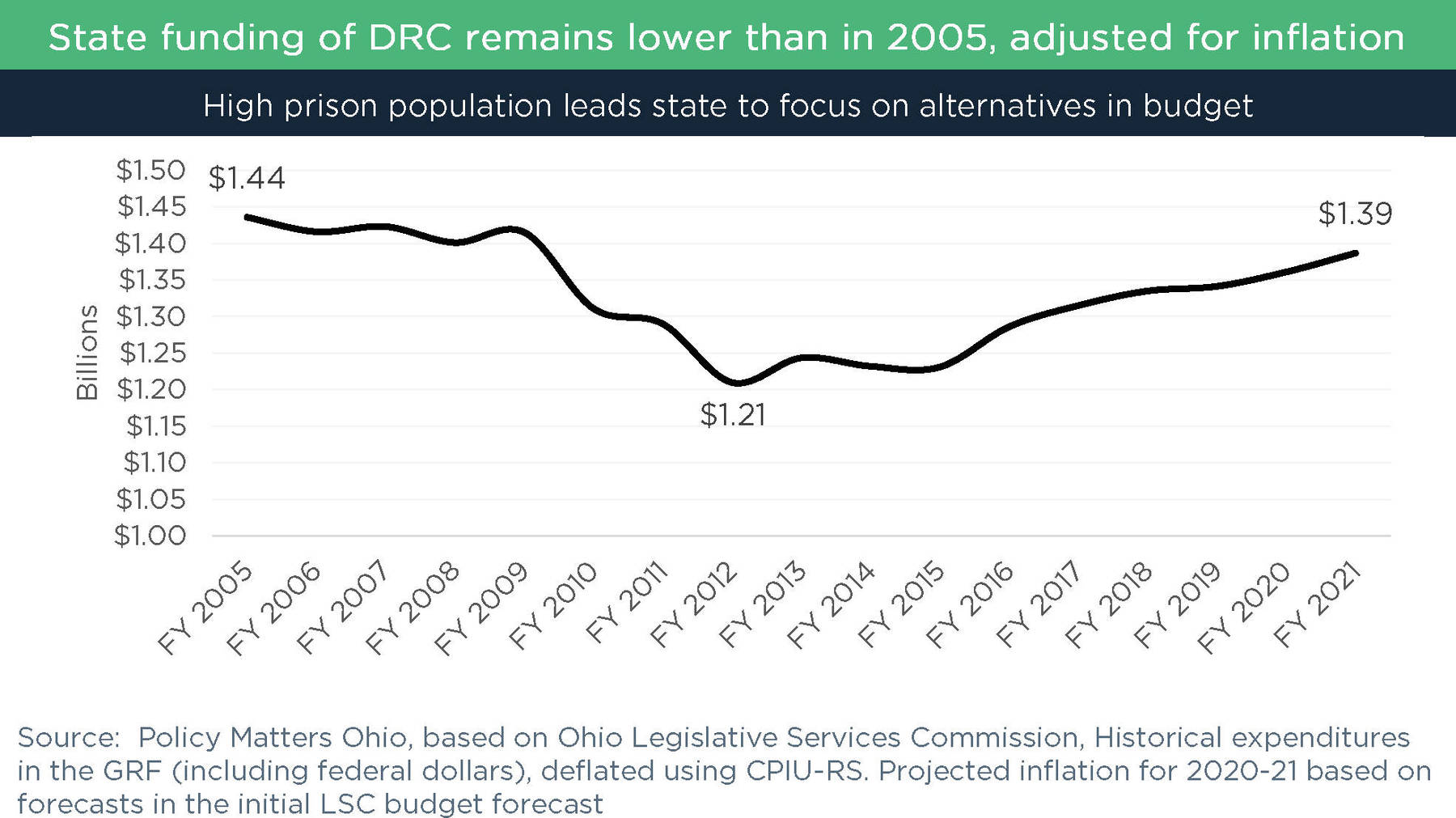 The DRC budget proposed by the DeWine administration and supported by the House and Senate moves the state’s criminal justice system in the right direction by increasing funding for alternatives to incarceration in the state system, and for medical and educational services for incarcerated individuals. Increases to line items highlighted below are given for the two-year budget period in comparison to the current biennium.

Correctional policy in the biennial budget for FY 2019-20 appears to emphasize improvements in areas that move the state’s justice system in the right direction, although bolder steps are needed, either in the budget or in other legislative efforts.