For every $1 billion invested in public transit $2.5 billion is generated in the economy. Transit gets millions of Ohioans to work and school every day. It’s a crucial service for the elderly and disabled. But the 2018-2019 executive budget continues to underinvest in public transportation and fails to find a long-term solution to a major impending revenue loss for local transit agencies.

According to the Ohio Department of Transportation Transit Needs Study, the gap between the public transit needs of Ohioans and the local, state and federal resources transit agencies have to deliver this crucial public service was $650 million in 2015, and will rise to $1 billion by 2025. To help narrow the gap, the study recommends Ohio provide $120 million a year — through a mix of federal highway funds and tax revenues — beginning in 2015, rising to $185 million a year by 2025. But Ohio’s 2018-19 budget would provide only about $40 million a year. Moreover, by the end of the budget for 2018-19, public transit will have $23 million less, due to changes in state tax policy.

Public transit agencies come out behind in the proposed budget for 2018 and 2019 because most lose funding as the state sales tax base — which they piggyback with a local sales tax — is narrowed by the removal of Medicaid managed care organizations (MCOs). The state provides one-time aid in 2018, with some transit systems getting more than others. But there is no more state aid to help with lost local sales tax revenues by 2019.

Some transit agencies get a boost in 2018 due to the one-time aid, but get nothing to make up for the loss of MCO revenues in 2019. 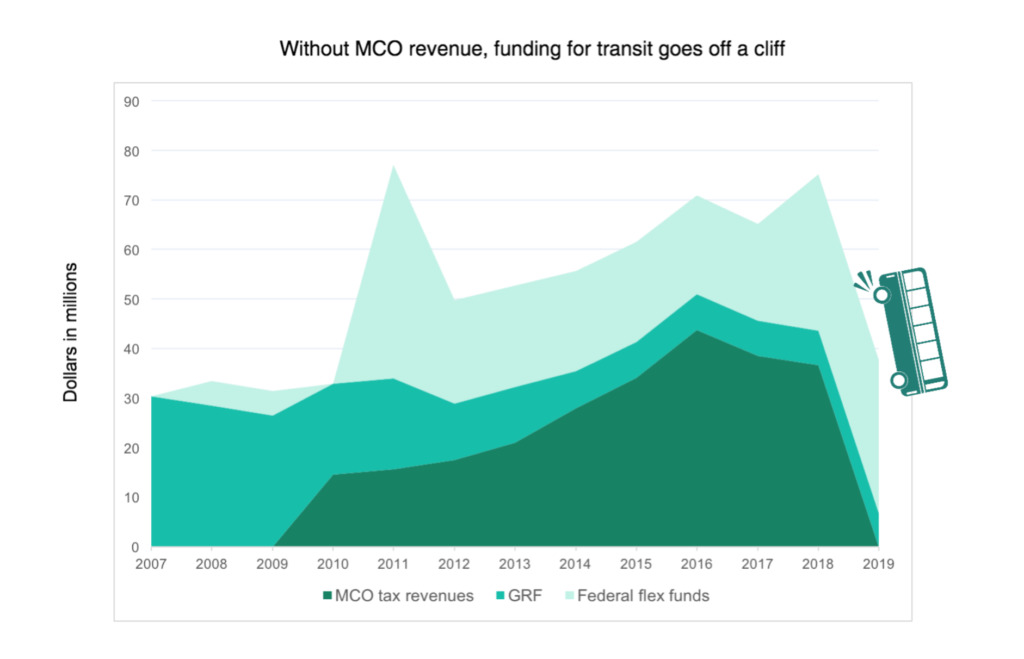 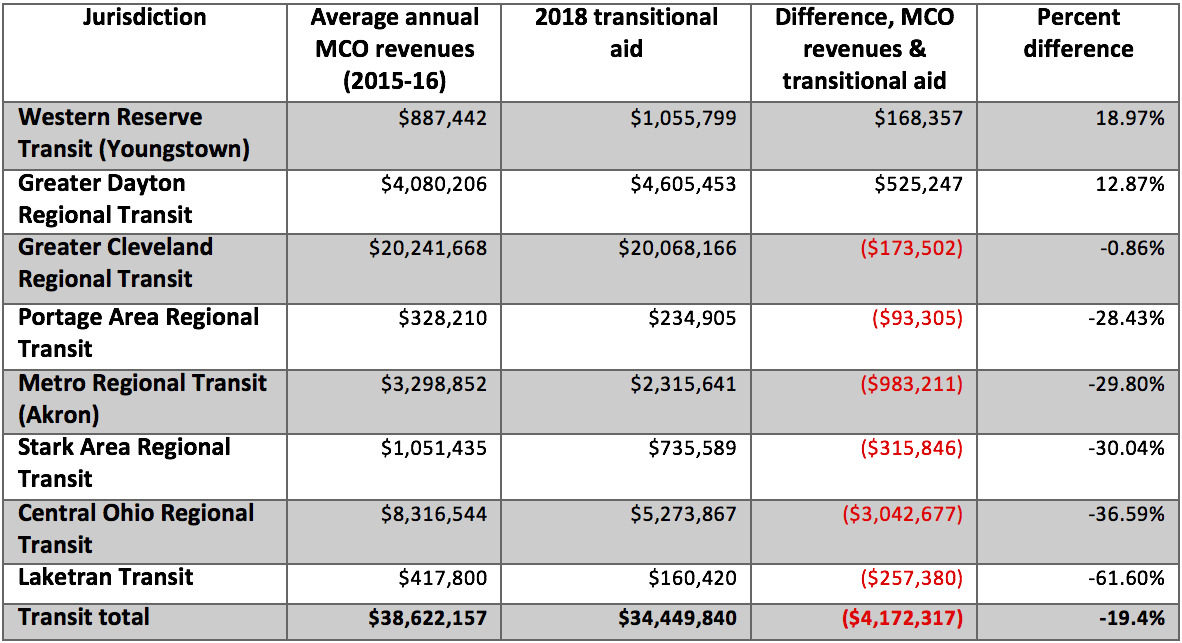 Source: Policy Matters, based on Ohio Office of Budget and Management, 2017

Ohio can boost public transit funding by using more flexible federal highway funds. The Transit Needs study recommends Ohio use $50 million a year in highway “flex” funds for public transit. This budget includes a 33 percent increase in such funding, to $33 million, but still falls short of the target.

Ohio can support public transit by creating an ongoing, dedicated source of funds to replace the sales tax revenues public transit agencies lose as the MCO tax is changed.

General revenues to support public transit could be found by closing unnecessary, uneconomic tax breaks: $9 billion a year by 2018.