Ohio has a pressing need for housing assistance. More than 400,000 Ohio households spend more than half their income on rent. In 2015, an estimated 33,546 experienced homelessness.

Established in 1991, when Ohio voters approved a constitutional amendment designating housing as a public purpose, the Ohio Housing Trust Fund supports a host of programs for affordable housing and homeless assistance. It has helped an estimated 1.8 million Ohioans in the past 25 years. 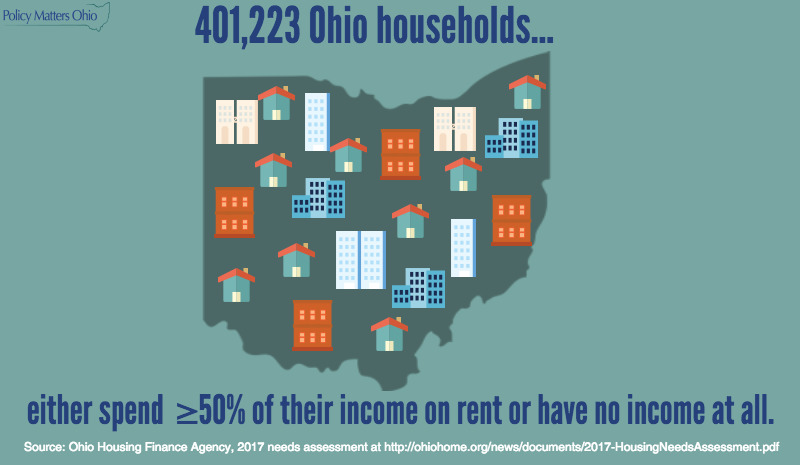 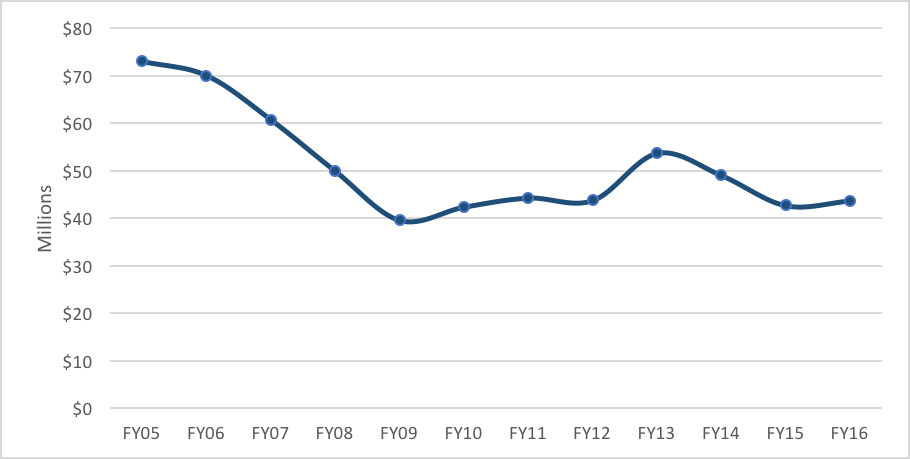 Source: Policy Matters Ohio, based on Coalition on Housing and Homelessness in Ohio (COHHIO)

As a result, funding for affordable housing development and rehabilitation projects has dropped, and fewer homeless households are being served.

Fewer housing needs are being met 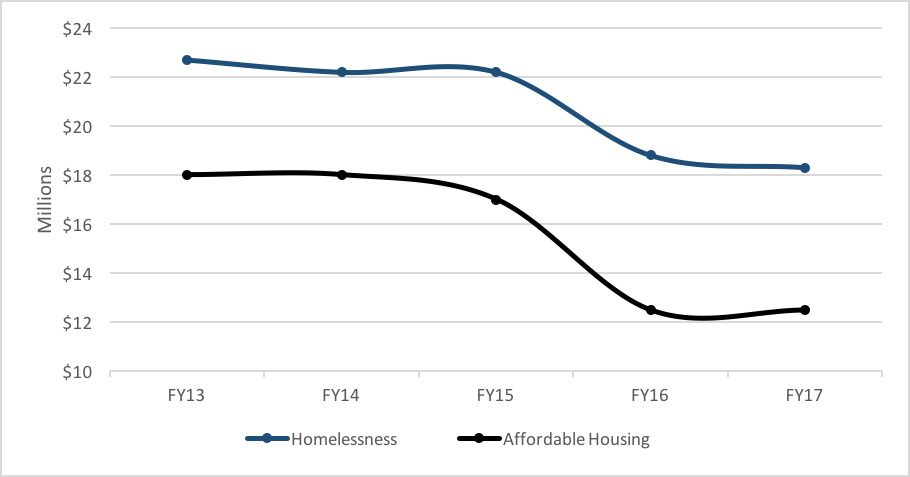 Source: Policy Matters Ohio, based on Coalition on Housing and Homelessness in Ohio (COHHIO)

A coalition of more than 300 nonprofits and companies asked for an additional funding in the state budget to restore aid for affordable housing and homelessness in the state. As the coalition noted, decent, stable housing is important not just in itself, but in ensuring family health and children’s welfare and education. However, no increase for the fund was included in the executive budget. Legislators should increase investment in the Ohio Housing Trust Fund and reverse years of cuts.