Fund public schools, not savings accounts for the rich

Fund public schools, not savings accounts for the rich

The new GOP federal tax law gives wealthy Americans who send their children to private school a tax cut while federal funding for K-12 and higher education is on the chopping block.[1] The new law allows tax-advantaged college savings and investment accounts, known as 529 plans, to be used to pay for K-12 tuition at private and parochial schools. Originally, 529 accounts were intended to help families save and invest for college by providing tax deductions for contributions. Any earnings from the investments would be tax-free at the state and federal level.[2] Because most middle- and low-income people can’t save a great deal for college, these plans are primarily used by higher-income people. Until now, these accounts were restricted to higher education expenses. That is still the law in Ohio, and Ohio law does not automatically conform to federal law to allow the plans to pay for K-12 tuition. We should keep our law as it is. If Ohio allows these plans to be used for K-12 tuition, it would be at the expense of revenue that supports public schools. Policymakers should expand opportunity for all Ohioans — especially low-income students — by increasing support for the Ohio College Opportunity Grant, the state’s only need-based aid grant[3]. 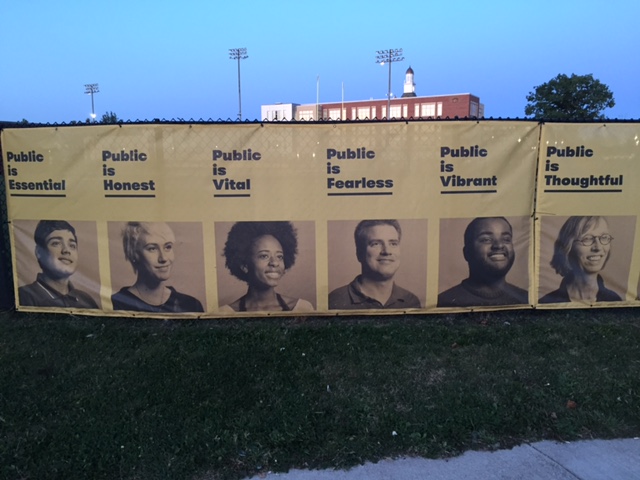 CollegeAdvantage is Ohio’s 529 plan. It has two main tax breaks: The state waives income tax on withdrawals for qualified higher education expenses and allows up to $4,000 in contributions to be deducted from state income tax. In 2017, lawmakers increased the deduction for contributions from $2,000 to $4,000 per beneficiary, per year. By increasing this tax break, the state expects to forgo about $20.5 million and $21.9 million in fiscal years 2018 and 2019 respectively, with losses going up by 4 to 8 percent every year.[4] The state could lose even more if account holders can deduct contributions for K-12 tuition.

Legislators appear to be considering legislation to increase this tax break for the wealthy, further draining money from Ohio’s public schools.[5] Ohio Senate bill 22 will determine how the state’s tax law will align with federal tax changes. To align 529 plans to federal law, state law would need to change to make K-12 tuition a qualifying education expense, which would both make contributions tax deductible and gains from investments tax exempt.

Without a new state law, if an account holder pays for K-12 tuition with capital gains they would have to pay state income tax on the earnings and the income deduction used for contributions could be recaptured.[6] The General Assembly should not align Ohio law with this federal provision because it isn’t about making college more affordable for Ohioans, but further cutting taxes for the wealthy, who can already afford private school tuition.

In Ohio, 529 plans are overwhelmingly used by high-income taxpayers who can afford to save for college. Based on 2015 income tax data, taxpayers with federal adjusted gross income of more than $100,000 took two and a half times more deductions than taxpayers with incomes below $100,000. Moreover, Ohio taxpayers with incomes of $200,000 or more accounted for 3.9 percent of all state tax returns in 2015 but took 28 percent of CollegeAdvantage deductions.[7] These accounts allow capital gains and dividends from stocks to grow without being taxed. Wealthy people get the greatest tax benefits from these plans both because they pay a higher tax rate, so the deduction is worth more, and because they can invest the most money. This change will encourage people who use the account for K-12 tuition to receive the deduction.

A tax break for the super wealthy

Even more than with earlier 529 plans, federal tax breaks for K-12 tuition will most benefit the extremely wealthy, who can afford to make lump sum contributions in the hundreds of thousands of dollars. The new law allows 529 plan account holders to withdraw up to $10,000 in capital gains annually tax-free, resulting in a federal tax break of about $2,380 for account holders in the highest tax bracket.[8] To reap the full $2,380 tax cut, an account holder would need to “superfund” the account by contributing a massive sum of money, then paying for private school from the capital gains the account earns every year.[9] To get the full benefit, a taxpayer would have to deposit around $200,000.[10] For example, if a very wealthy family with a child wanted to take advantage of the new tax break to pay K-12 tuition, they could fund the account with a $200,000 contribution to a mutual fund when their child is four years old. Assuming a 6 percent rate of return, the family would earn about $12,000 by the time the child starts kindergarten. If kindergarten costs $11,000, the family could use the capital gains to pay for tuition and $10,000 of the payment would be tax exempt. Each year they would pay for school from the capital gains and still have plenty of money to pay for college. This change is not about education, it’s about cutting taxes for the very wealthy.

The tax deduction for 529 plans is already estimated to cost the state about $22 million in the year beginning July 1. If Ohio lawmakers align Ohio’s 529 with the new federal law, state revenue that funds public education would likely decrease. Details of Senate Bill 22, the bill that is being used to make Ohio conform to the new federal tax law, are not available, and the legislative staff has not yet estimated the cost.[11]

Ohio lawmakers should not allow contributions to 529 plan college savings accounts to be used to pay for K-12 private and parochial school tuition. CollegeAdvantage is primarily used by the upper income and does little to help middle- and low-income people. The GOP wants to slash funding for important federal K-12 programs, while rewarding the most affluent with tax cuts for sending their children to private school.[12] If Ohio adopts this proposal it will prioritize tax cuts for the wealthy over revenue to support public education, which educates the vast majority of Ohio’s children.

[9] Joo, Richard V. Reeves and Nathan. “A Tax Break for ‘Dream Hoarders’: What to Do about 529 College Savings Plans.” Brookings (blog), June 29, 2017. https://www.brookings.edu/research/a-tax-break-for-dream-hoarders-what-to-do-about-529-college-savings-plans/