By Katie Fallon and Wendy Patton

Medicaid is Ohio’s largest health insurer, covering more than 3 million people or one quarter of Ohioans. It provides low-income children, the elderly, working adults, and people with disabilities access to the care that keeps them healthy. Lawmakers increased funding for Medicaid in the 2018-2019 state budget. But new eligibility requirements are expected to reduce access to care, and a possible freeze of the Medicaid expansion poses grave threats to Ohioans who rely on Medicaid.

The Medicaid budget consists of a combination of funds including: state special purpose and dedicated purpose funds; state share of Medicaid funds in the General Revenue Fund (GRF); federal share of Medicaid funds in the GRF; and other federal Medicaid dollars. Figure 1 shows funding for these four major categories of Medicaid dollars between 2014 and 2019. Both within and outside the GRF, federal funds have grown the most and now account for $.63 of every Medicaid dollar spent — and an even larger share of children’s health care and Medicaid expansion. The 2019-2019 state share of the GRF, the part made up of state taxpayer dollars, decreased in the 2018-19 budget compared to the previous budget period. It amounts to $5.1 billion in 2018 and $5.4 billion in 2019. The growth in special purpose funds shown in Figure 1 is due to a move of a major health care provider tax from the state GRF to state special purpose funds.

The increase in funding for Medicaid is a good opportunity for Ohio to maintain record low uninsured rates, grow more health-related jobs, and address pressing health issues such as the opioid epidemic. However, battles between the legislature and the governor over program rules, funding levels, and use of funds remain unresolved. 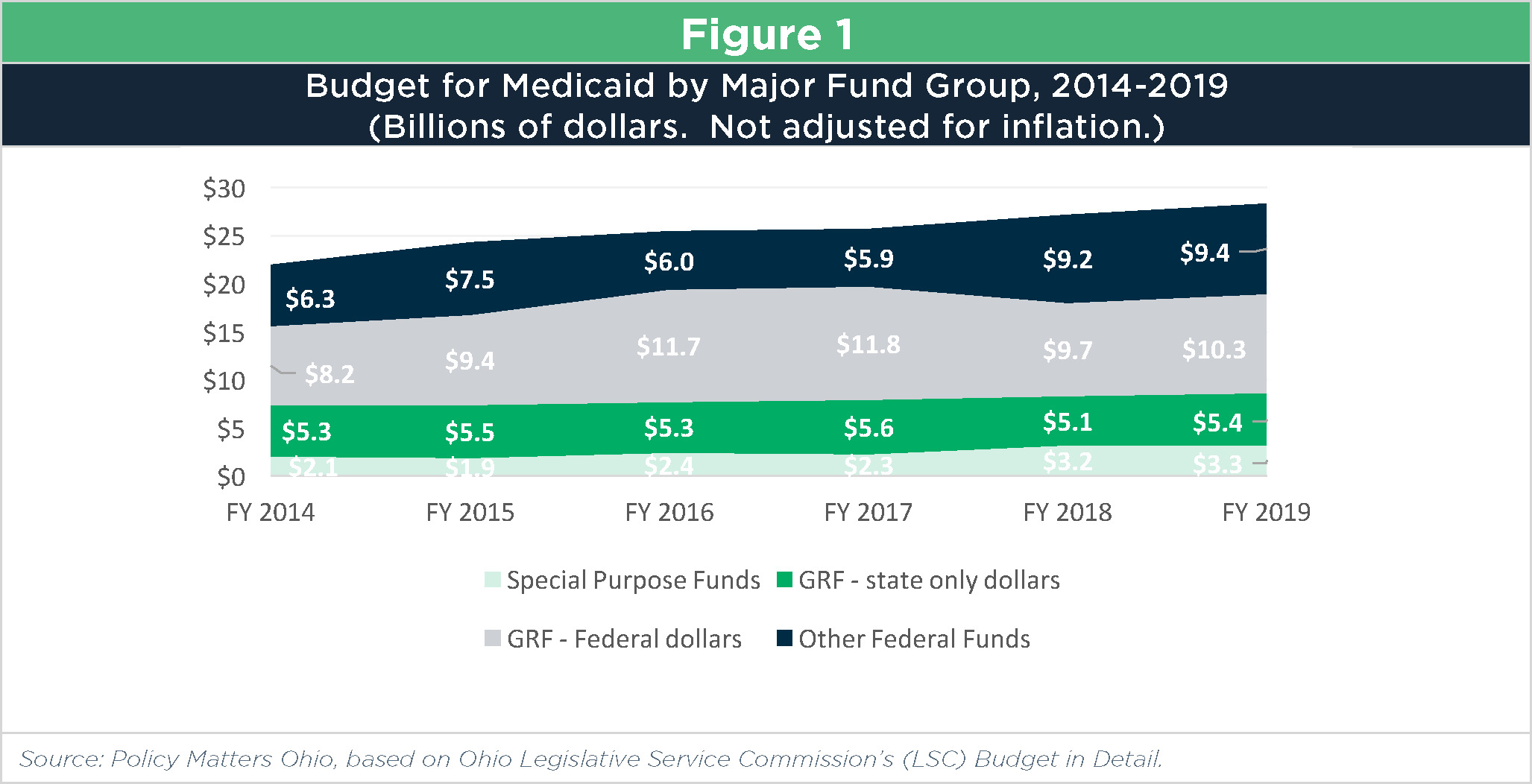 Implementing eligibility restrictions and reducing Medicaid payments are short-sighted approaches, particularly at this time. Medicaid has been Ohio's most powerful tools in helping Ohioans access life-saving addiction treatment, in response to the rising number of deaths. Eligibility requirements would decrease those who have access to coverage, and may ultimately lead to higher costs overall for the healthcare system.