Ohio’s General Assembly dramatically increased spending in the lean 2018-19 budget for the drug epidemic ravaging the state. Funding for the Department of Mental Health and Addiction Services rose by 16.4 percent over the prior, two-year budget. Lawmakers boosted funding for related services including public safety, public health, recovery housing, mental health workforce development and research and development.

Figure 1 illustrates growth of the Department of Mental Health and Addiction Services (MHA) across fund types in the last three budgets. Funding grew in the last budget and will expand again in this one. 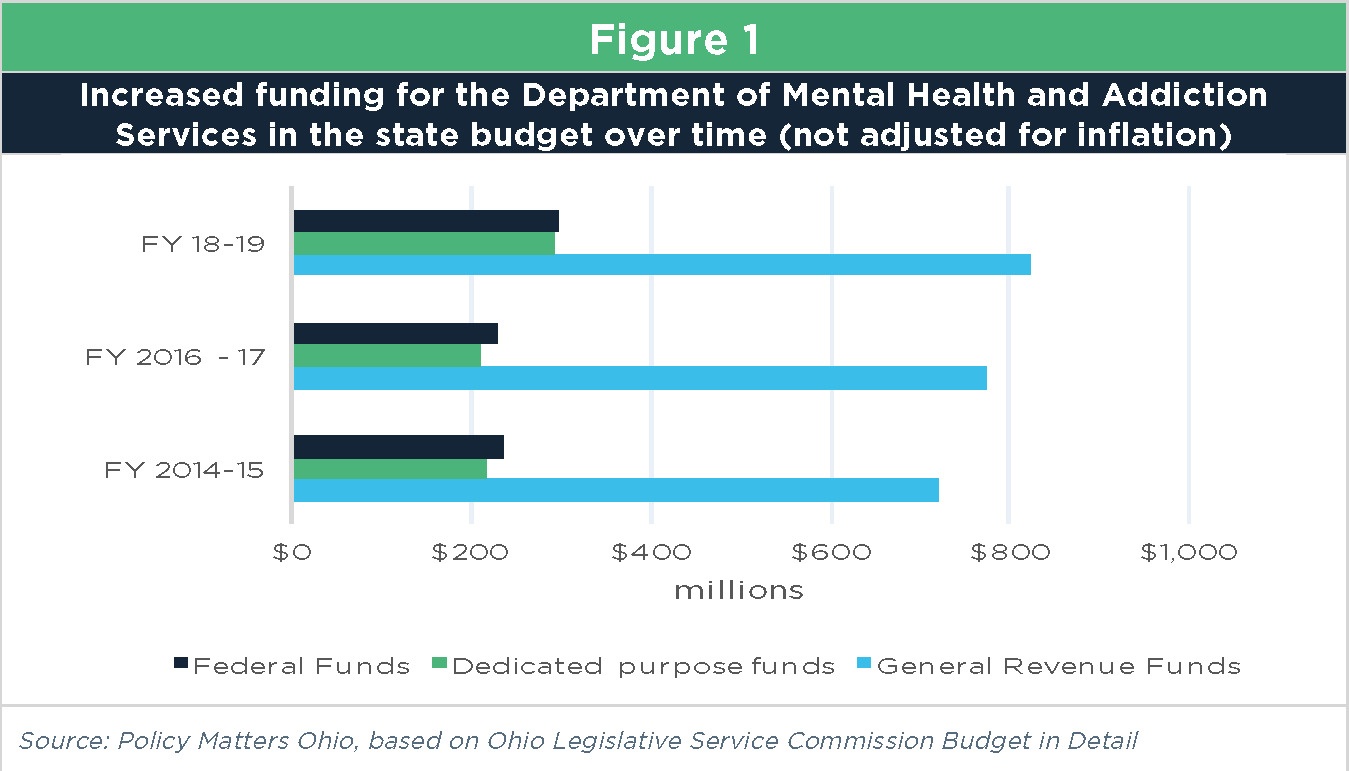 Lawmakers also pulled together investments that include many in the MHA agency, but go beyond, to fund public safety, criminal justice, children’s services and more. Figure 2 breaks out the roughly $194 million assembled across agencies and functions.

Lawmakers also created other new initiatives. The Department of Higher Education will require teachers to be trained in substance abuse prevention. Two agencies and the Ohio State University will develop a web site and a mobile app to provide information on addiction treatment services. The Attorney General’s Office will add drug-related training for peace officers in the schools and a drug addiction prevention initiative to provide public service announcements, a 24-hour hotline, a web site, and other materials. 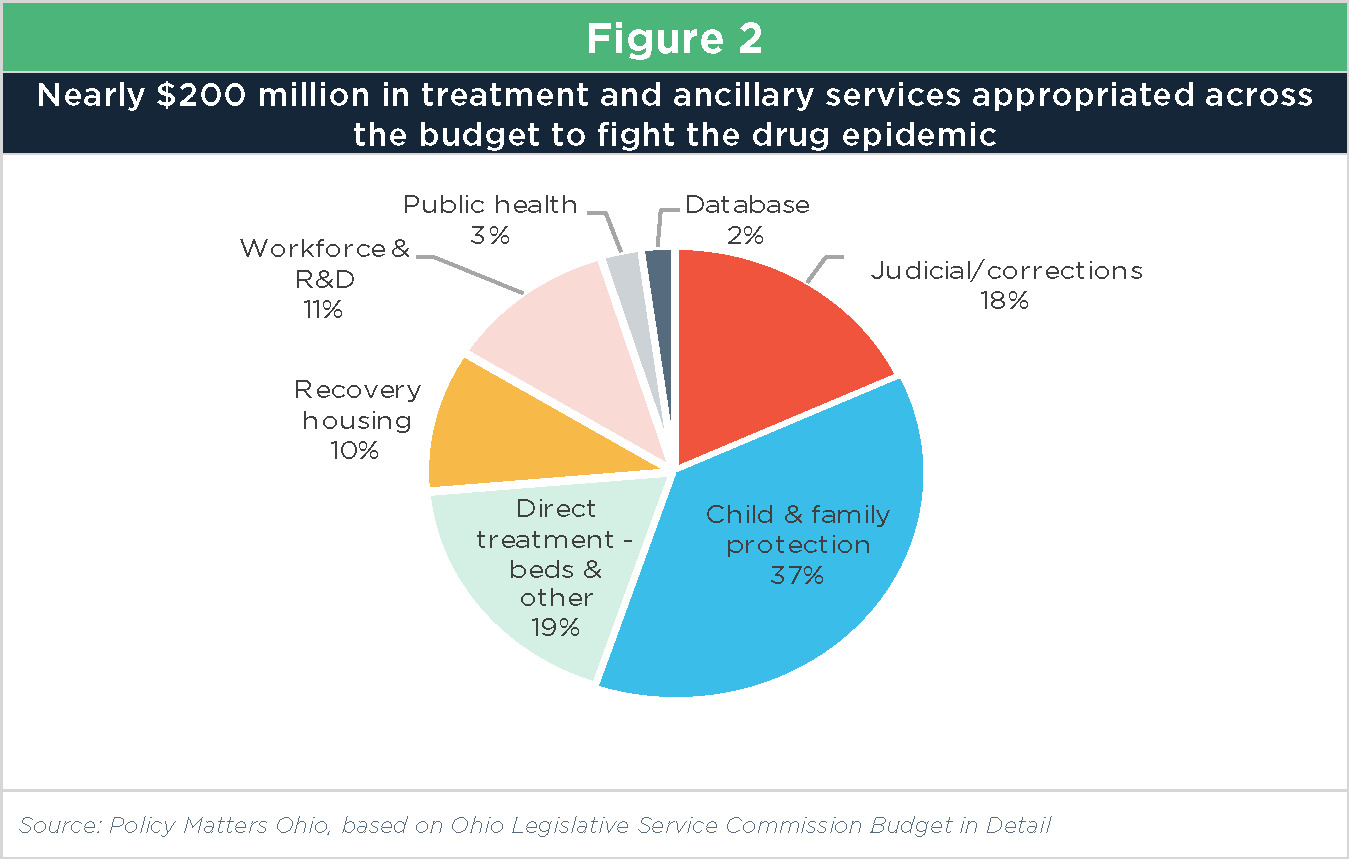 Most treatment for addiction, which is closely intertwined with mental health illness, is paid for through Medicaid and Medicaid expansion. Medicaid provided $650 million of the approximately $1 billion dedicated to stemming the drug epidemic in 2016-2017. The budget bill for 2018-19 contained threats to Medicaid. Governor Kasich vetoed a proposed freeze of the Medicaid expansion that would have slashed coverage. At this time the veto still stands, but the threat persists: some Ohio lawmakers continue to discuss an override.

The expanded funding is much needed. However, most of it is not new money. Years of tax cuts have eroded state revenue. Instead of restoring tax revenue, lawmakers redirected money for existing programs for services related to the drug epidemic. For example, lawmakers took about $20 million over the two-year budget period from the Local Government Fund distribution to cities and villages.

Ohio communities are on the front line of the epidemic. They have lost $1 billion annually to state budget cuts since 2010. Policymakers should not have redirected resources from Local Government Funds for cities and villages to stem the drug epidemic. This new loss further cuts local governments’ ability to provide services, including many related to the drug crisis. A better solution would have been to raise enough revenues by closing unproductive tax breaks or reversing tax cuts. Lawmakers did the right thing in using public resources to fight the drug epidemic, but taking from other important community needs will create new problems.