By Wendy Patton and Zach Schiller

Taxes let us pool our resources, so we can tackle ambitious projects. They allow us to build a strong foundation of well-being and shared prosperity for all Ohioans, no matter where we live or what we look like. 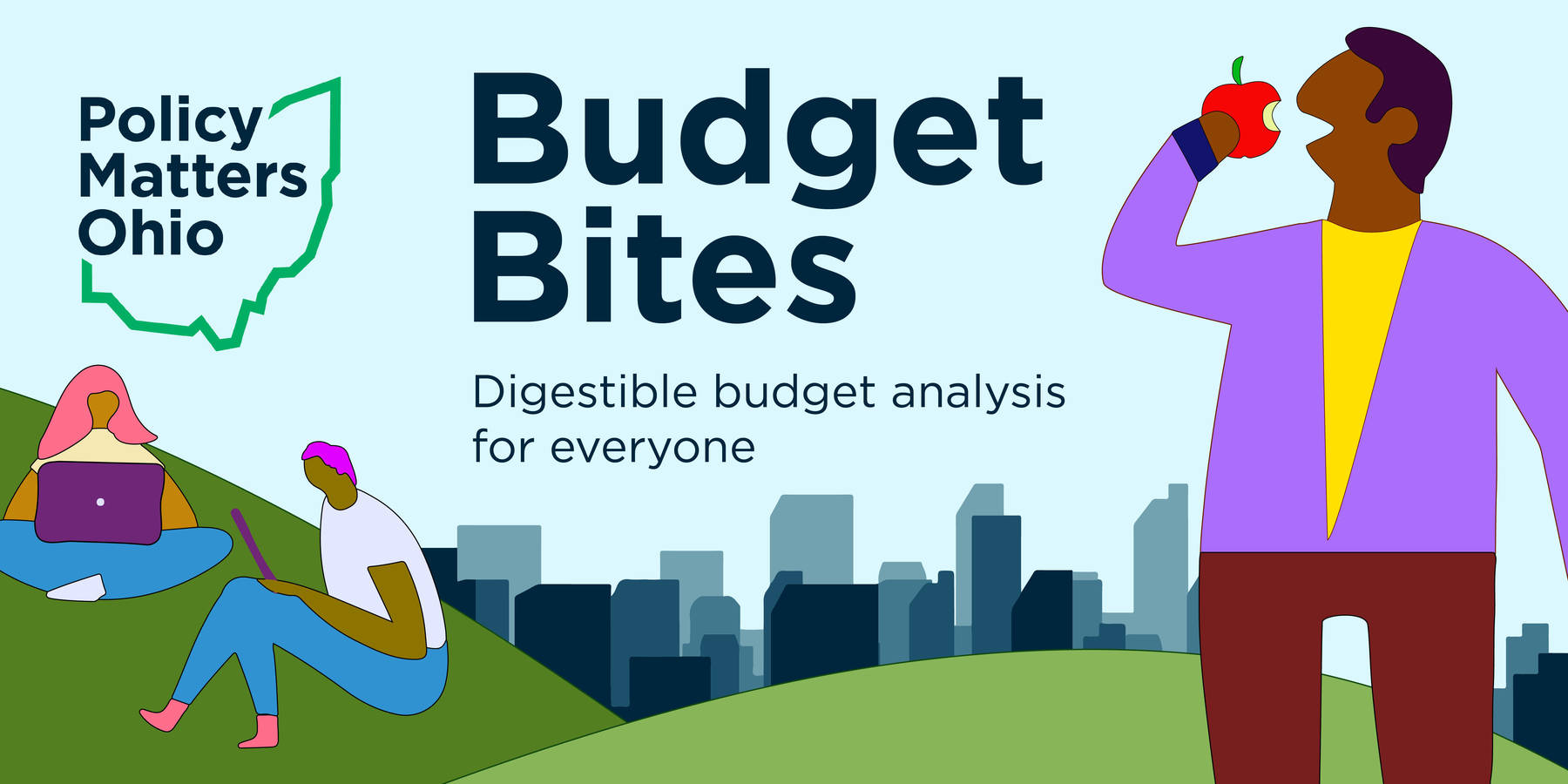 The public services our taxes pay for educate our young people, ensure we have clean water to drink and keep working people safe on the job. But over the past 15 years, Ohio’s lawmakers have cut income and corporate taxes and given away billions in special interest tax breaks, draining resources from our schools, local governments and public health infrastructure. Meanwhile, Ohio’s job growth has been much slower than the nation’s over those 15 years. Today the average Ohioan is paid much lower than the national average.

The tax cuts certain lawmakers lavished on the wealthiest people drew resources away from services for the rest of Ohioans. The state’s unfair, unconstitutional school funding formula underfunds schools in many communities. The underfunded, eroded public health system has strained to address the pandemic. A million Ohioans living in urban and rural communities can’t work remotely or attend school online because they don’t have access or can’t afford broadband service. The tax cut strategy didn’t work for most Ohio families. Today on average, the lowest quintile of Ohioans pay almost twice the share of income in state and local taxes as the wealthiest. This is particularly damaging to Black and brown Ohioans because of a history of discrimination in labor markets, housing, incarceration and other factors, as well as ongoing structural barriers to opportunity. Black and Latinx Ohioans are much more likely than white Ohioans to be among the poorest fifth of the population and thus face much higher combined state and local tax rates than the richest fifth, which is predominantly white.

Lawmakers must restore fairness to Ohio’s tax code, which is slanted in favor of the most affluent residents. Starting with this budget, they can make the tax structure fair and ensure there is enough revenue to fund an Ohio that works for all of us. We face a daunting task in recovering from the pandemic and recession. A strong budget, with restored and strengthened public services, will help lay the groundwork for a brighter, more resilient future for all. Policy Matters Ohio proposes a three-pronged plan to rebalance the state tax system, making it more fair and raising roughly $3 billion a year to build stronger communities. While the plan wouldn’t fully restore the revenue lost to tax cuts for wealthy and corporations over the past 15 years, it would fix Ohio’s inequitable and unconstitutional school funding system and fund many other critical programs.

Rebalance the income tax: Lawmakers can bolster the state income tax, the only tax based on ability to pay, to raise $1.4 billion a year. It would raise taxes on just 3% of Ohioans:

Close or limit ineffective tax loopholes to raise hundreds of millions to ensure a strong public health system, a great school in every ZIP code and a brighter future for all Ohioans. This includes reducing the business income deduction, also known as the LLC loophole, from $250,000 to $100,000 and eliminating the preferential, 3% top rate on income over the cap. That unproductive tax break, begun in 2013, has not generated more small-business jobs and much of its benefit goesto affluent Ohioans, many of whom don’t employ anyone.