Unemployment compensation (UC) is a crucial support to families and communities. With an unknown but possibly large threat to the economy looming in coronavirus, Ohio policymakers should broaden and reinforce UC so that Ohio workers, their families and neighborhoods can sustain themselves through hard times. 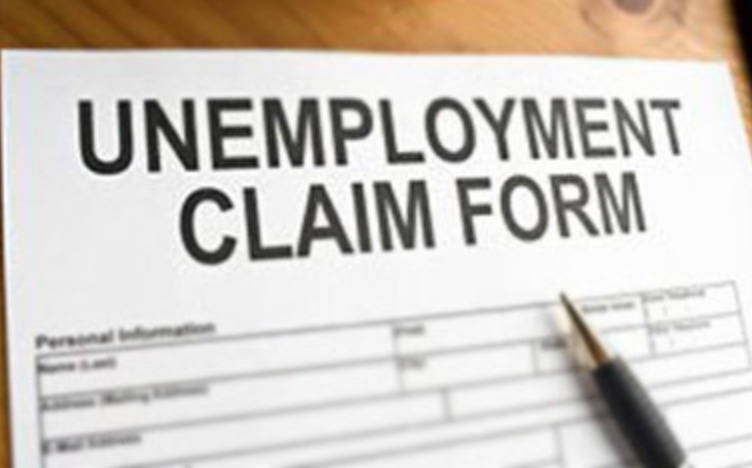 Ohio’s unemployment compensation system provided benefits to more than half a million jobless workers in 2009, during the height of the last recession. Such benefits not only help workers and their families pay the bills and support the search for work. They “allow the unemployed to maintain more of their previous consumption than they otherwise would be able to,” the Ohio Department of Job & Family Services (ODJFS) noted in a 2014 filing. “When the unemployed cut back on spending, the business owners that serve them lose. By cushioning the fall in these families’ incomes, unemployment insurance not only helps the families that receive it, but also prevents further production cuts and layoffs.”[1] Studies have found that every dollar of UC benefits may produce an additional $1.61 or more in increased economic activity.[2] By creating additional demand for goods and services, unemployment compensation can help make recessions less severe than they would otherwise be.[3]

Currently, employees who are laid off through no fault of their own and are not sick or quarantined, so that they can meet the existing UC eligibility requirement of being able and available for work, should be eligible for UC benefits. Workers who receive an electronic pay stub should print it out in order to verify their pay. That’s a good reason also that Ohio lawmakers should approve House Bill 137, which would require employers to provide pay stubs as those in 41 other states are required to do.[4] Workers, employers and policymakers all have steps they can take to make sure that this system provides a maximum of support during these extraordinary times.

Ohio law allows for a waiver of the normal work-search required of those receiving unemployment benefits in certain instances that could apply to workers laid off because of coronavirus. ODJFS can waive that requirement if:

ODJFS should publicize these two alternatives and encourage employers and workers to take advantage of them where it’s appropriate. The agency also should make clear that it will waive the work search requirements if employers and workers file under the law when the shutdown was caused by coronavirus.

Workers who are sick from the virus, or quarantined because of possible exposure to it, should be able to receive sick pay.[6] Unfortunately, that is not mandated in Ohio and across the nation. It should be. As described in a previous Policy Matters Ohio release, sick pay should be broadened so that workers don’t have to go to work when they are ill.[7]

Ohio employers that lose business but continue to operate may want to consider participating in the state’s shared work program. Under this program, instead of laying off workers, employers can reduce worker hours and employees can receive unemployment benefits proportionate to the hours they lose. For instance, an employer with 500 workers that otherwise might lay off 100 could employ all 500 four days a week; workers then would receive unemployment benefits covering the one day a week they were not employed. The state should take additional steps to inform employers of this program.[8]

In 2019, 157,433 Ohioans received unemployment compensation. That was almost the same number as in 2018, when there were the lowest number of recipients since 1969.[9] For many years, unemployed Ohioans have been less likely to qualify for benefits than jobless workers nationally. We require that workers earn more to qualify than almost any other state. An Ohioan who is paid minimum wage and works 30 hours a week will not qualify for benefits if they are laid off. Neither would an employee working 25 hours a week at $10 an hour. Many of these workers are employed in service occupations where they come in contact with the public. According to the U.S. Bureau of Labor Statistics, the largest occupation in Ohio, with more than 160,000 workers in 2018, was food preparation and serving workers, with a median wage of $9.31 an hour.[10] The Department of Job & Family Services told a House committee when it was studying the UC solvency issue in 2014: “Simply put, it is already more difficult to qualify for unemployment benefits in Ohio than in most states.”[11] Just 21.2% of jobless Ohioans received benefits in the fourth quarter of last year, ranking Ohio 35th in the nation.

Ohio’s earnings test requires claimants to average $269 a week during at least 20 weeks of earnings in a year. This also can be more difficult for those employed part-time with variable weekly earnings. If coronavirus concerns should cause employers to cut hours, this could further increase the number of employees who, despite the willingness and ability to work, don’t make enough to qualify for benefits. State policymakers can take steps to make it easier for workers who have clearly been working and are part of the labor force to qualify for benefits. The General Assembly should reduce the earnings requirement so that those who have been working an average of 20 hours a week for 20 weeks over a year’s time are eligible.

Congress also should act now to boost funding for state unemployment compensation agencies, as it did in the last recession. States receive funding for the administration of their UC system from the U.S. government from the federal unemployment tax (FUTA) that employers pay. However, such funding is tied to the number of claims for benefits, which for some time have been at very low levels. Last year, a total of just 364,603 workers filed initial claims for benefits in Ohio, less than a third as many as in 2009.[12] If Ohio finds the claims suddenly skyrocket because of coronavirus or other reasons, the Department of Job & Family Services will be hard pressed to handle all the claims that ensue. It needs support now to gear up. It especially needs such backing because ensuring that it can find and keep staff working could be especially difficult.

Congress should also consider direct federal support for increased benefits that extend longer than the typical 26 weeks, as it has done before. During the last recession, Congress added $25 a week to unemployment benefits, extended the duration of benefits based on unemployment levels, and picked up the cost of a joint federal-state benefit extension.[13] Between mid-2008 and fall 2011, Ohio received $10 billion in assistance from the federal government for unemployment compensation. That also included lending more than $2 billion to the state’s unemployment trust fund. Though Ohio had $1.26 billion in its fund as of January 1, that won’t last long if a severe recession arrives, and the unemployment trust fund will need to borrow again. State policymakers have underfunded Ohio’s trust fund for many years, taxing employers less than in other states and keeping a tax system with serious flaws. That’s an issue that we need to tackle.[14]

If President Trump declares an area to be a disaster area, it would trigger the availability of Disaster Unemployment Assistance (DUA), which provides UC benefits to individuals who have exhausted their regular benefits or are not otherwise eligible for benefits, such as the self-employed.[15] This covers workers whose employment has been lost or interrupted as a direct result of a major disaster. DUA could be an important backstop for some workers. However, the program should be strengthened and reformed, in part so that state UC funds aren’t stuck with most of the cost in times of disaster.[16] Ohio law says that if the president declares a disaster and employees would be eligible for DUA benefits, employers won’t be directly charged for the benefits and they will instead be charged to the mutualized account, which covers charges for which individual employers aren’t responsible.[17]

As policymakers address the threat from coronavirus, a couple of things are worth noting. First, UC costs to businesses are low. According to the U.S. Bureau of Labor Statistics, only 14 cents of the average $34.77 paid an hour in private-sector wages and benefits came from state UC payroll taxes, or just 0.4% of hourly compensation.[18]

Secondly, unemployment benefit amounts in Ohio are not high. The average Ohioan who received unemployment compensation during the fourth quarter of last year got $381.93 a week, 1% higher than the national average. That’s less than the official federal poverty level for a family of three. Ohio’s maximum of 26 weeks of benefits matches the national standard; 40 states and the District of Columbia permit at least that number of weeks of benefits. Jobless Ohioans on average stay on UC for a shorter time period than do unemployed workers across the country. They also are less likely to exhaust their benefits; according to the U.S. Department of Labor, only 23.7% of Ohio UC recipients exhaust their benefits, compared to 34.7% nationally, ranking Ohio 45thin the country.[19] Altogether, this means that the total amount of UC benefits the average Ohio claimant receives is a shade below the national average.

Ohio’s unemployment compensation system is an essential support, especially when the economy turns down. Steps should be taken to bolster it so it can help a larger share of the unemployed, including those who are able and willing to work but unable to do so because of coronavirus’s effect on the economy.

[1] Ohio Department of Job and Family Services, Business Impact Analysis under The Common Sense Initiative, Regulation/Package Title 4141-15 Contribution Rates, Rule Numbers 4141-15-01, 4141-15-07, April 29, 2014. ODJFS also noted that, “Generally, the rules in Chapter 4141 of the Ohio Administrative code help to support an Unemployment Insurance (UI) system that has been found to have a net positive impact on the economy, with substantial benefits to the business community as a whole.”

[2] Blinder, Alan S. and Mark Zandi, “The Financial Crisis: Lessons for the Next One,” Center on Budget and Policy Priorities, Oct. 15, 2015, at https://www.cbpp.org/research/economy/the-financial-crisis-lessons-for-the-next-one. Some other studies have found higher levels of economic effects.

[3] Wayne Vroman of the Urban Institute found that UC benefits kept an average 1.6 million Americans on the job in each quarter between the official start of the recession and the second quarter of 2010, reducing the unemployment rate by about 1.2 percentage points. Altogether, state and federal UC programs made up for about 18% of the gap in real Gross Domestic Product because of the recession, Vroman found. Wayne Vroman, Urban Institute, “The Role of Unemployment Insurance as an Automatic Stabilizer During a Recession,” IMPAQ International, July 2010, p. 70. The report was a subcontract between the Urban Institute and IMPAQ International that is part of a multi-year project supported by the U.S. Department of Labor, Employment and Training Administration. See http://wdr.doleta.gov/research/FullText_Documents/ETAOP2010-10.pdf 31

[4] Shields, Mike, “Testimony on HB 137 before the Senate Transportation, Commerce and Workforce Committee,” March 4, 2020, at https://www.policymattersohio.org/research-policy/fair-economy/work-wages/testimony-on-hb-137-before-the-senate-transportation-commerce-and-workforce-committee

[6] ODJFS notes in a Q&A on its website that employees who are under mandatory quarantine “might meet the initial eligibility criteria but not the ongoing federal eligibility criteria, which require them to be able to work, available for work, and actively seeking suitable work.” ODJFS, “Coronavirus and Unemployment Insurance Benefits,” at http://jfs.ohio.gov/ouio/CoronavirusAndUI.stm

[10] Halbert, Hannah, “Working for less: Most common jobs in Ohio pay too little, 2019,” Policy Matters Ohio, May 1, 2019, at https://www.policymattersohio.org/research-policy/fair-economy/work-wages/minimum-wage/working-for-less-too-many-jobs-still-pay-too-little-2019

[14] Policy Matters Ohio proposed a solution in 2016. See Zach Schiller and Hannah Halbert, “Testimony to the Unemployment Compensation Reform Joint Committee,” Sept. 15, 2016, at https://www.policymattersohio.org/research-policy/pathways-out-of-poverty/basic-needs-unemployment-insurance/unemployment-insurance/testimony-better-plan-needed-for-unemployment-compensation-system. See also memo to legislators, August 2016, at http://www.policymattersohio.org/wp-content/uploads/2016/09/0816-Memo-on-UC.pdf. Numbers would be somewhat different now, but the 2016 report provides an idea of how such a proposal would work.

[16] Emsellem, Maurice, “Responding at the federal and state levels to the needs of unemployed families resulting from Hurricanes Harvey and Irma,” National Employment Law Project, updated Sept. 21, 2017, at https://www.nelp.org/publication/responding-at-the-federal-and-state-levels-to-the-needs-of-unemployed-families-resulting-from-hurricanes-harvey-and-irma/