The Social Services Block Grant (SSBG) is a federal program that provides flexible funding to states for services like child care assistance, child abuse prevention and community-based care for the elderly and people with disabilities. The Trump Administration’s fiscal year 2019 federal budget proposal would cut the $1.7 billion program by 83 percent and completely eliminate it in the next three years. This contrasts with the most recent spending bill, which preserves the program in full. Members of Ohio’s congressional delegation should vote against future measures that would threaten this crucial funding.

The SSBG program was first authorized under President Reagan in 1981 as a consolidation of a number of smaller, more specialized funding streams. Nearly 500,000 Ohioans received SSBG services in fiscal year 2016, about 60 percent of which were information and referral services, according to the State of Ohio Comprehensive Title XX Social Services Plan.

ODJFS supplements its share of SSBG funding with resources from the Temporary Assistance to Needy Families (TANF) fund, for a total of $119 billion in Title XX spending in FY2018. All 88 counties receive funds, but Southeast Ohio counties have the highest per capita spending.

About 44 percent ($52 million) of Ohio’s Title XX dollars go towards protective services for over 50,000 adults and children throughout the state. State General Revenue Fund appropriations for child and adult protective services (GRF line items 600533 and 600534) amounted to $16 million in FY2018 and FY 2019. Ohio would lose over three-quarters of its budget for child and adult protective services if congress eliminates the SSBG. If this happens, state policymakers would either have to find new revenue sources to support the programs that address the neglect and abuse of children and vulnerable adults, or make deep cuts.[1] 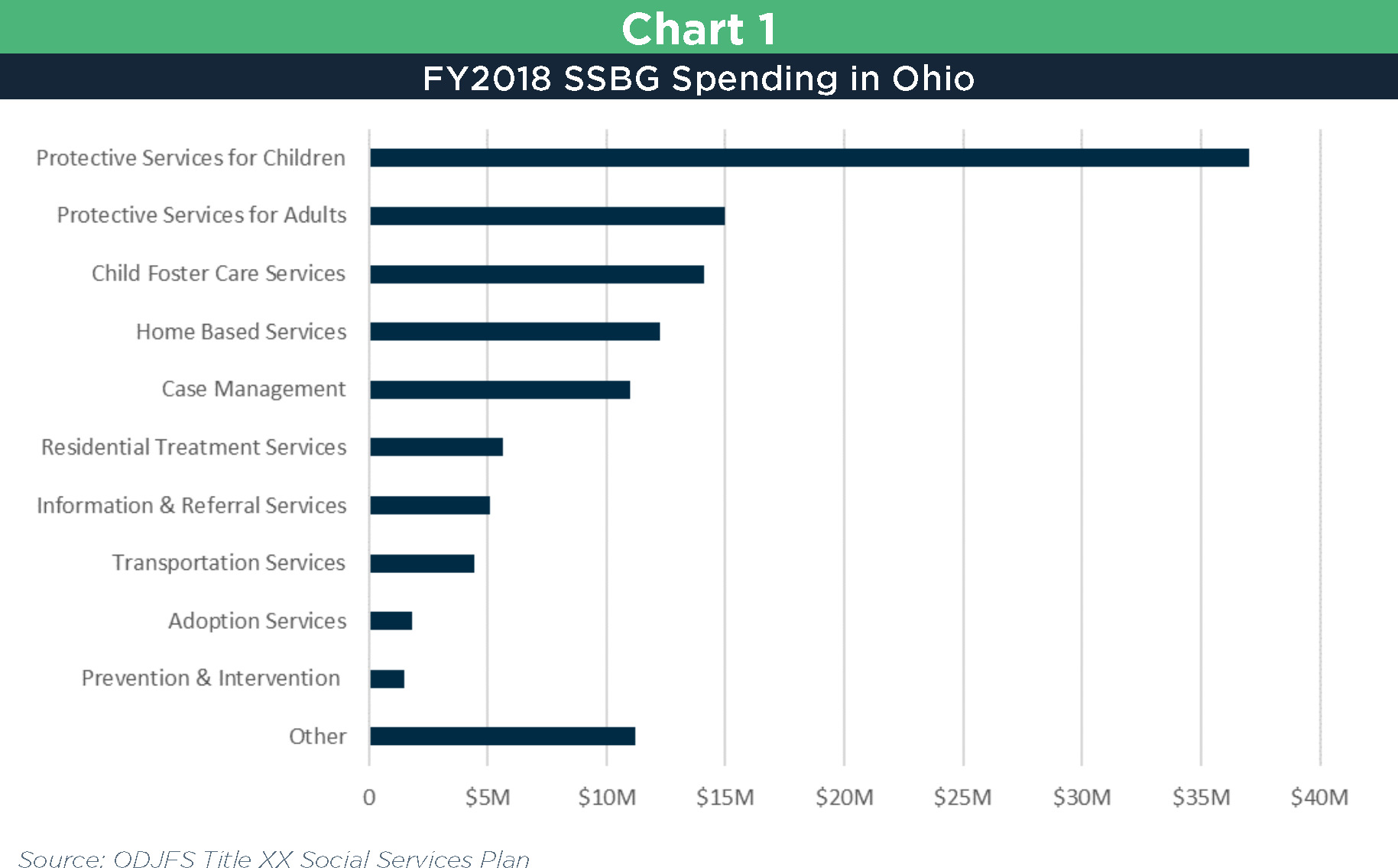 Eliminating the SSBG would also mean reductions in other programs such as child foster care services ($14 million), home based services ($12 million), and case management ($11 million). These programs alone helped almost 4,000 children in the foster care system, over 1,000 people in home care, and over 30,000 people through case management in FY2016.

If this funding source were reduced or eliminated, it would greatly limit Ohio’s capacity to help vulnerable adults and children. Members of Ohio’s congressional delegation should vote against measures that would threaten this crucial source of funding.

[1]If Title XX funding was eliminated but states were still permitted to transfer TANF funds into the Title XX funds, this reduction in child and adult protective service provision could be smaller.