Policy Matters Ohio has a talented board of directors made up of business, labor, non-profit, academic and community leaders from all over Ohio. Like our staff, the group includes a healthy mix of men and women, and includes innovative thinkers from black, white, Asian and multi-racial communities. 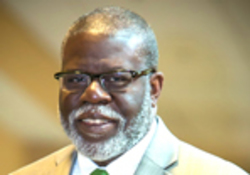 Dr. Roland V. Anglin is dean of the Maxine Goodman Levin College of Urban Affairs at Cleveland State University. Immediately prior to this position, Anglin was the senior advisor to the chancellor of Rutgers University-Newark and director of the Joseph C. Cornwall Center for Metropolitan Studies. Dr. Anglin began his academic career at Rutgers University in the late 1980s. In 1991, he began work at the Ford Foundation, where he served first as the program officer responsible for community development, and subsequently, the deputy director for community and resource development. In 1999, Dr. Anglin joined the Structured Employment Economic Development Corporation (Seedco), a national community development intermediary, where he served as the senior vice president responsible for building the capacity of community-based housing organizations in 23 cities. After returning to academia in 2000, Dr. Anglin published three books: Promoting Sustainable Local and Community Development, Katrina's Imprint: Race and Vulnerability in America (with colleagues), and Resilience and Opportunity (with colleagues). Anglin received his doctorate from the University of Chicago, a master's degree from Northwestern, and a bachelor's degree from Brooklyn College (City University of New York). 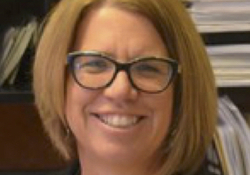 Melissa Cropper was elected President of the Ohio Federation of Teachers in February 2012. Cropper hails from Georgetown in southwest Ohio, east of Cincinnati, where she served as a library media specialist in the Georgetown Exempted Village Schools for 14 years.

She brings a strong history of leadership to OFT having served as president of the Georgetown Federation of Teachers, as a member of the OFT Executive Committee, and as chair of the OFT Retirement Committee. She was also an active leader in the Ohio Appalachian Collaborative, a comprehensive approach for transformational change in rural education.

At the state level, Cropper serves on the Ohio AFL-CIO's Executive Board and chairs its Political Committee. She is Secretary-Treasurer of We Are Ohio, a state coalition of community and labor groups formed to preserve workers' rights, a member of the Board for UHCAN (United Healthcare Action Network), Progress Ohio and Policy Matters Ohio. At the national level, Cropper is an AFT Vice President, a member of the AFT Human Rights and Community Relations committee, and chair of AFT's State Federation President’s Advisory Committee.

As President of the Ohio Federation of Teachers, Cropper continues to develop collaborative relationships with leaders and organizations across the state to fulfill the OFT mission of advocating for issues that affect not only OFT members but also the children, families and communities that our members serve.

Cropper believes that public employees are the fabric of our communities. OFT members, ranging from teachers to bus drivers to college professors to children services employees, and many others, make a difference in the lives of the children and families they serve every day. As president, her focus is on supporting and empowering OFT members by carrying out their vision and placing an important emphasis on increasing member voice. 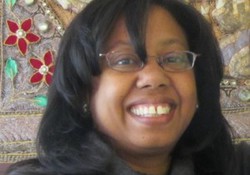 Kamla Lewis has worked for the city of Shaker Heights since 2001. She has also worked for the Cleveland Regional Transit Authority, for the Cuyahoga County Board of Commissioners, for a city and food bank in California, and for the United Nations, working in Jamaica where she grew up. Kamla serves as co-chair of the First Suburbs Consortium housing committee and as a member of the vacant and abandoned properties action committee. She has a BA from Princeton and a graduate diploma from Cambridge University in England. 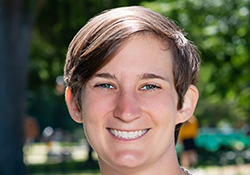 Sarah Lowry is a Mahoning Valley native and lifelong learner, nature-lover, and questioner.

Starting with learning: She earned a BA in English and Linguistics and a MA in American Studies with concentrations in Professional and Technical Writing and Teaching English as a Foreign Language from Youngstown State University. Between her undergraduate and graduate education, she completed a semester abroad in Taiwan, R.O.C., where she had the opportunity to work directly with top administrators at Lunghwa University of Science and Technology as a consultant on written and oral presentations to multiple professional audiences. In 2022, she completed coursework to become an Ohio Volunteer Certified Naturalist.

True learning always leads to questioning—Ms. Lowry has always had a curiosity for how and why things work (or don’t work). This has led her down a professional path towards understanding how systems are built, how they function, and how they can be improved.

After graduation, she worked for US Senator Sherrod Brown from 2012-2018 as the office’s Northeast Ohio representative serving constituents across a seven county district in the region. In this position, Ms. Lowry worked with community leaders at multiple levels to engage with Senator Brown’s policy priorities, to connect individuals with constituent services, and to identify solutions to complex challenges. In early 2018, she accepted a position as the Director of the Healthy Community Partnership at the Community Foundation of the Mahoning Valley. The mission and vision of the Healthy Community Partnership is to improve health, wellbeing, and health equity for residents in Mahoning and Trumbull Counties by improving environmental and social conditions that impact quality of life.

Leading a life guided by learning and questioning has also resulted in a desire to volunteer and be an active member in her local community. Ms. Lowry has been active at her church, the Unitarian Universalist Church of Youngstown and has served on the boards for community-focused organizations such as the YWCA of the Mahoning Valley, the League of Women Voters of Greater Youngstown, and most recently Friends of Fellows Riverside Gardens and Policy Matters Ohio.

Ms. Lowry tries to balance professional and volunteer activities with outdoor recreational activities: she regularly walks, hikes, bikes, and bird watches in Ohio’s First Park District, Mill Creek MetroParks in Youngstown. She also enjoys reading and writing and is a Community Columnist with Mahoning Matters, contributing a monthly column titled, “For the Health of It.” 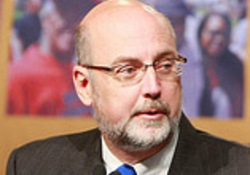 Jeff Rechenbach is the retired Secretary-Treasurer Emeritus of the Communications Workers of America (CWA), Jeff was responsible for managing the finances and physical facilities of 750,000 member CWA. He served on the union’s three-member executive committee and chaired the strategic planning and budget committee, which allocated CWA’s resources and set program goals.

Jeff has been a leader in the union since 1973, when he was elected president of the 2,000 member Local 4309 in Cleveland at age 19. He joined the CWA staff in 1981, and in 1994 became vice president of CWA for District 4 – Ohio, Indiana, Illinois, Michigan and Wisconsin. As vice president, Jeff coordinated all bargaining within the district, which included contracts covering workers in telecommunications, manufacturing, higher education, health care, media, airlines and other sectors. He served as vice president for the Midwest district until his election as CWA executive vice president in 2005 and then Secretary Treasurer in 2008.

Jeff served on Federal Communications Commission Consumer Advisory Council, and on the boards of the United Way of America, the Faith & Politics Institute and the International Labor Rights Fund, which works for humane workplaces around the world and to end child labor, forced labor and other abusive practices. He is currently the chairman of the board of the North Coast Credit Union. Jeff is a native of Cleveland, Ohio. 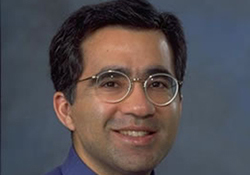 Dr. Ashwini Sehgal is the Duncan Neuhauser Professor of Community Health Improvement and co-director of the Center for Reducing Health Disparities at Case Western Reserve University in Cleveland, Ohio. He is also professor of medicine, biomedical ethics, and epidemiology and biostatistics at Case Western Reserve University. In addition, he is a nephrologist at MetroHealth Medical Center. Dr. Sehgal is the principal investigator of several grants funded by the National Institutes of Health to understand and address health disparities related to hypertension, kidney disease, and organ transplantation. He has published over 120 journal articles. Dr. Sehgal also developed an innovative course on medical activism for which he received a national teaching award from the American Medical Student Association. From 2006-2012, he was co-medical director of the City of Cleveland Department of Public Health. Dr. Sehgal received his bachelor’s degree in mathematics, summa cum laude, from the University of Rochester, and his M.D. degree from Harvard Medical School. He then completed an internship and residency in internal medicine at Massachusetts General Hospital and a nephrology fellowship while participating in the Robert Wood Johnson Clinical Scholars Program at the University of California, San Francisco. 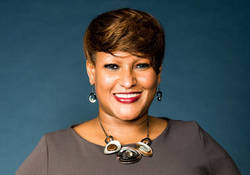 Before joining JumpStart, Teleangé was the Director of the Foundation Center Midwest, deepening the organization’s impact in thirteen Midwestern states through comprehensive data, training and insights on the social sector to help non-profit professionals, grant seekers and the philanthropic organizations that fund them be the catalyst for change in their communities.

Prior, Teleangé Thomas served for 7-years as the Program Director, Health for the Sisters of Charity Foundation of Cleveland; overseeing strategies to reduce health disparities among vulnerable populations through strategic grant-making, systems and policy change.

Thomas earned a bachelor’s of business management and entrepreneurial studies from Case Western Reserve University. She is a board of director for Health Policy Institute of Ohio, Green City Growers, The Conservancy of Cuyahoga Valley National Park and the Cleveland Public Library Foundation. She is a Fellow of the Robert Wood Johnson Foundation, a Community Impact Volunteer of the United Way of Greater Cleveland, is a member of Zeta-Phi-Beta Sorority Inc., (Inactive) is published in numerous professional journals and academic publications and has earned a host of awards and honors. 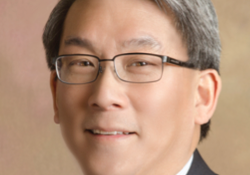 Doug Wang is a member of the Cuyahoga County Board of Health; a partner of Cleveland Social Venture Partners and a member of the Rainey Institute and Judson boards. He serves as a trustee of the Shaker Schools Foundation. Doug was previously chairman of the board of the Saint Luke’s Foundation, which supports programs to improve health and well-being in Greater Cleveland.

Doug’s professional background is in banking and finance. In addition to strong credentials in business and the non-profit sector, Doug is an advocate for working families, health care, public education and social services.

Doug retired in 2011 as a Senior Vice President of Northern Trust Bank. He was a founder of Lakepoint Investment Partners, where he served as a portfolio manager and partner for 12 years before the sale of the firm to Northern Trust in 2008. He also held top finance positions at Stein Roe & Farnham, American Asset Management and First Boston Corporation.