Since 2000, Policy Matters Ohio has provided an essential voice in Ohio's legislative debate. The case for good jobs, strong neighborhoods and smart solutions to complex problems, that support communities and help working families get ahead, is advanced each and every day by this committed team. 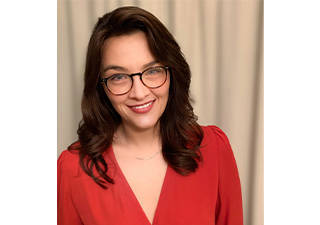 Hannah Halbert is our Executive Director. She joined Policy Matters in 2010 as a policy liaison. She had previously spent nearly four years with the Equal Justice Foundation and the Legal Aid Society of Columbus where she protected homeowners from foreclosures during the housing crisis. Halbert was named project director in 2018, overseeing work and wages research. Under her leadership, Policy Matters articulated a clear vision for working people with “A New Way Forward: 10 Ways to Support Ohio’s Working People.” Halbert has documented the growing prevalence of low-wage jobs in Ohio and promoted smart policies to ensure all Ohioans share in the economic growth their work produces. Her research and advocacy prevented Ohio workers from losing crucial unemployment compensation benefits and led to increased state support to protect working people from having their wages stolen. Halbert also serves on the board of the Central Ohio Worker Center and the Ohio Association of Nonprofit Organizations.

Halbert has a master’s in nonprofit management, a law degree from Hamline University and a bachelor’s degree from Transylvania University. Her life experiences shape her dedication to Policy Matters’ mission of building an Ohio where everyone thrives. She grew up in rural Kentucky, raised by her mother and stepdad, who worked as coa­­l miner. 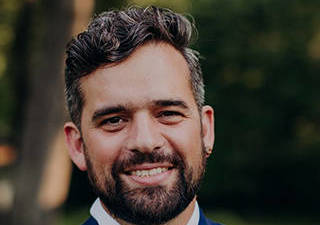 Originally from Uruguay, Guille (Gee-sh-eh), has a Ph.D. in economic geography and bachelor’s in economics from The Ohio State University as well as a master's in geography at the University of British Columbia in Vancouver. He has studied antitrust economics, trade between China and Latin America, the geopolitics of global soy markets, and the academic publishing industry. Guille also has a long-standing commitment to community organizing in Ohio and professional experience in Washington, DC. He was a founding member, organizer, and researcher for our partner, the Ohio Student Association. In Washington DC, Guille was an economic policy intern at the Center for American Progress and an economic research analyst at the Antitrust Division of the U.S. Department of Justice. 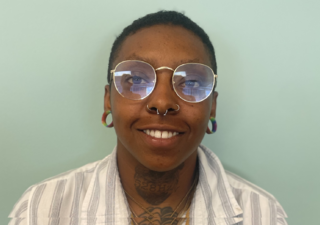 Clevelander Bree Easterling is Policy Matters’ Public Safety Fellow. They are helping develop a non-police care response for people in crisis due to mental health issues, substance abuse, being neurodivergent, or unhoused. Bree has a rich background in social justice reform, community engagement, and grassroots activism. While working for the ACLU of Ohio, they served as a lead organizer for the Cuyahoga County Action Team's bail reform campaign. A disabled Air Force veteran, Bree worked as a Veterans Service Officer and Outreach Coordinator for Cuyahoga County Veterans Service Commission prior to joining Policy Matters. Policy Matters is thrilled to have Bree join our crew and look forward to growing with them in this work. 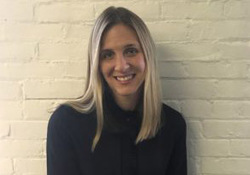 Caitlin Johnson is our director of communications. Previously, she led environmental justice campaigns for the Ohio Organizing Collaborative (OOC). At OOC, Johnson formed Communities United for Responsible Energy and Clevelanders for Public Transit. Johnson also worked as a journalist for ABCNews.com, CBSNews.com, WCPN/ideastream and NOW on PBS. At NOW, she belonged to a team that produced “Taxing the Poor,” which won the 2008 Emmy Award for outstanding analysis of a business news story. She served as the 2011-2013 fellow at the George Gund Foundation. Johnson has an undergraduate degree in government and English from Cornell University, a master’s of science in journalism from Columbia University and a master’s of public administration from Cleveland State University. 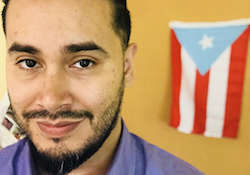 Daniel Ortiz is the outreach director for Policy Matters Ohio. A native of Lorain, Ohio and graduate of Oberlin College, Ortiz joined Policy Matters in 2016 and brings 13 years’ experience in organizing, campaign strategy and education. Before his work with Policy Matters Daniel worked at the local, state and national level leading campaigns and managing key partnerships. He draws from experience as a teacher, work as a campaign data professional and experience organizing programs with a community of leaders across the Midwest and the South to best connect Policy Matters research with the community.

Since returning to Northeast Ohio, Daniel can be seen advocating for policies that increase equity, promote good government and help vulnerable communities. As a member of the Policy Matters team, Daniel embraces new methods and technology to expand the community that encounters our research. His commitment to grow the policy conversation in Ohio focuses on changing how we talk about social justice movements and puts the role of engaged citizens front and center. For Daniel a successful day includes helping to write a new chapter in the story of how policy affects people’s lives and celebrating the local heroes who shape policy outcomes and make change happen. 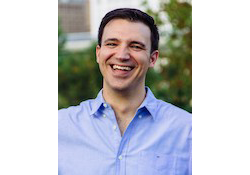 View research by Will

Will Petrik joined Policy Matters Ohio because of his commitment to making concrete improvements in people’s lives. He believes that all people have the right to safety, security and quality education. He wants an Ohio where all residents have access to affordable, stable housing and good jobs with benefits.

Will has a track record of making a positive difference for families. As State Director of Advocates for Ohio’s Future, he (along with hundreds of other organizations, including Policy Matters) helped expand Medicaid in Ohio. Because of this work, over 650,000 people now have access to healthcare coverage.

Today, Will continues to support the well-being of children and families in his role as Budget Researcher with Policy Matters in the Columbus office. 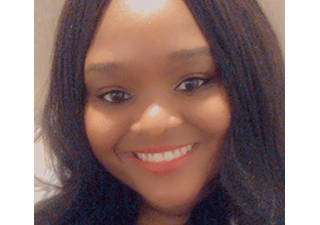 Originally from Pickerington, Tanisha earned her doctorate in Public policy and urban affairs from Southern University and A & M College in Baton Rouge, Louisiana. As a member of the inaugural class of the Louisiana Governor Fellowship program, she analyzed the expansion of career and technical education programs across the state. Tanisha also has also held previous fellowship positions with Educational Testing Services (ETS) and The Borgen Project. Her past research has focused on the impact school disciplinary policies have on contact with the criminal justice system among Black and brown students as well as how to close racial achievement gaps. She received her bachelor’s degree in sociology from Miami University of Ohio and a master’s in applied behavioral science from Wright State University. Tanisha also currently serves as a fellow in the 2022-2023 New American Leadership Academy through the City of Columbus Department of Neighborhoods and the office of the mayor working on civic engagement and community development initiatives. 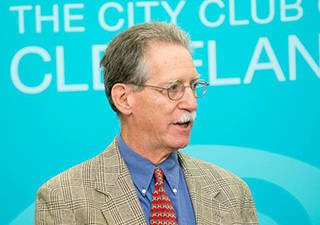 Zach Schiller is our research director. Prior to coming to Policy Matters in 2001, Zach worked for more than two decades researching and writing about the Ohio economy as a business reporter for The Plain Dealer and Business Week. His education includes a master’s degree in journalism from Columbia University and a bachelor’s degree from the University of Michigan. For Policy Matters, Zach has written about foreclosures, economic development, job growth, unemployment insurance, tax policy and other issues. He is a member of the board of managers of the Ohio Poverty Law Center. 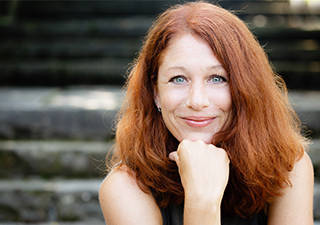 Sybille Schomerus is our administrative director. She previously served as our office manager. She has a master’s degree from the University of Freiburg, Germany, where she studied law and worked as an attorney in labor law and family law until 2008 when she moved to Cleveland. Sybille is also head of the International Women’s Group of Cleveland and serves on the board of the Shaker Historical Society. She is also a member of the Human Relations Task Force for the city of Shaker Heights. Michael Shields is a researcher focused on fair wages and job quality. Mike writes about the Ohio labor market, the minimum wage, wage theft, and unemployment. He is a founding board member of the Northeast Ohio Worker Center and serves on the steering committee of Cleveland Jobs With Justice. Mike holds a bachelor’s degree in economics and history from the University of Akron and a master’s degree in economics from Cleveland State. 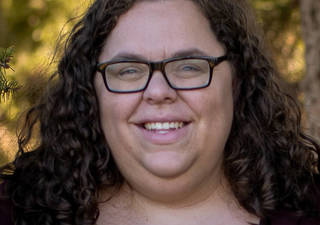 Ali Smith coordinates work among Ohio's developing network of worker centers in Cincinnati, Columbus and Cleveland. Ali was born and raised in Stark County, to a family supported and empowered by union steelwork. She now lives with in the Hocking Hills area and is passionate about building power for all workers, particularly marginalized groups, including those in the Appalachian region and other rural communities. Ali has been the communications coordinator for the Central Ohio Worker Center since 2016, and a board member there since 2019. Her work has included social media strategy, immigrant rights campaigns, project management, development, and helping get a Wage Theft Ordinance passed in Columbus in 2020. 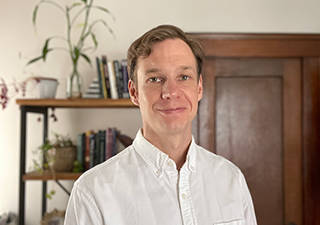 Ben Stein serves as digital communications manager. Before coming to Policy Matters, Ben worked as an educator for 12 years, teaching high school English in Massachusetts and college writing in West Virginia, New England and Cleveland. A proud product of public schools, Ben holds a BA from the State University of New York, an MFA from West Virginia University, and a master's degree in education from the University of Massachusetts. 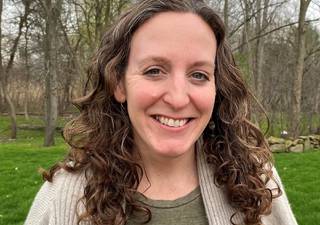 Michelle Unangst is our development director. Michelle brings 15 years’ experience as a nonprofit consultant where she specialized in grant writing, organizational storytelling, budgeting, donor management, program development and coordination, and community-based practice. She has worked closely with our partners at NOBLE (Northern Ohioans for Budget Legislation Equality), and with neighborhood centers including West Side Community House and Merrick House.

Michelle began her career as a classroom teacher and then social worker building community-based literacy programs. In her development and consulting roles, she has worked to build capacity and stability for mission-driven nonprofits that share her values. Michelle has a master’s of science in social administration from Case Western Reserve University and an undergraduate degree in Spanish and elementary education.

Piet van Lier is a Senior Researcher focused on justice reform and education. Piet originally joined the staff in 2007 as an education policy researcher and became Policy Matters’ first communications director in 2011. He left the staff in 2014 to work with the Cleveland Transformation Alliance, which he served as executive director from 2016 to 2019.

Piet began his career as a journalist, covering a broad array of social justice issues including education. He has worked abroad as a peace and human rights activist and speaks Spanish fluently. Piet grew up in the Old Brooklyn neighborhood of Cleveland, and now lives on the near west side with his wife and two children.

Amanda Woodrum is a Senior Researcher focusing on issues found at the intersection of health, equity and the economy. After living in New York City and experiencing 9/11, she returned to Ohio determined to make the state the kind of place she wanted to live. She joined Policy Matters Ohio in 2007 after receiving a master’s degree in economics and a law degree from the University of Akron. She conducts research on the role transportation, energy, health and anti-poverty policy can play to promote a more sustainable and equitable economy in Ohio. 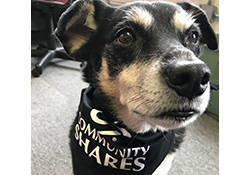 Gizmo Schomerus is our office dog. He specializes in begging for snacks. Gizmo is not on email.