A recent announcement from the Center for Medicare and Medicaid Services (CMS) has paved the way for states to restrict their state Medicaid programs. CMS now allows states to make changes to certain aspects of the health care system using what is called a demonstration waiver. Waivers were initially meant to expand eligibility and improve service delivery. In November, CMS indicated it will prioritize waivers that focus on efficiency, innovation, and aligning Medicaid with private insurance, paving the way for waivers that can harm patients. 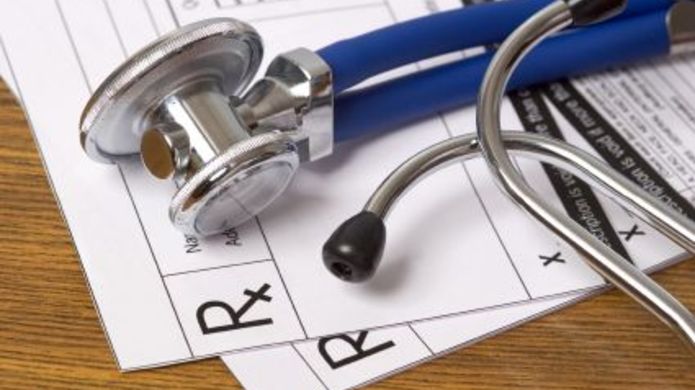 As a result, many states, including Wisconsin, Kentucky, Indiana and Maine, have proposed waivers that place limits or restrictions on coverage that could result in limited access to care and worse health outcomes. For example, some states have requested waivers that would impose work requirements on “able-bodied adult” Medicaid beneficiaries as a condition of receiving coverage. Other waivers being requested include, placing limits on how long people may receive Medicaid, imposing premiums or co-pays from beneficiaries and restricting coverage from enrollees for procedural errors.

There is little data to support the idea that these proposals will reduce costs or increase personal responsibility as proponents claim. Rather, research studies suggest that these waivers would erect barriers to accessing care, reduce coverage (Kentucky, for example, estimates that 95,000 fewer people will be on Medicaid if the waivers pass), and ultimately lead to costlier care in the long-term. This is particularly true in Ohio, where an aging population and high chronic disease and addiction drive up health care costs.

Because waivers are implemented at the state level, they generally get less scrutiny from the press and public. This allows unpopular and untested ideas to become policy. Yet waivers have serious ramifications. Waivers affect beneficiaries and can lead to broader policy changes. The limit on months families can receive Temporary Assistance for Needy Families, for example, developed out of an 1115 waiver in Iowa.

Rather than imposing these restrictions, Ohio should consider alternative policies that actually control costs and increase efficiency. Rather than kicking people off Medicaid, which is likely to lead to less efficiency and self-sufficiency, these alternatives provide cost-savings, better health management, and more self-sufficiency for beneficiaries.

1. Implement voluntary referral to job-search, education, and training for those looking for work, instead of imposing ineffective work requirements. Most able-bodied adults enrolled in Medicaid are already working or looking for work. A majority of the jobs held by Medicaid beneficiaries are in small or low-wage employment, which do not provide health care. Transitioning into the private health care system is not an option for these individuals.

Those who are not working are caring for a family member (29 percent), unable to work due to a disability (33 percent), or going to school (17 percent). Less than 5 percent are voluntarily not working. Work requirements penalize those who are out of work for reasons such as care-giving or addiction treatment. In Ohio, with one of the nation’s worst opioid crises, work requirements could punish people as they get treatment or search for work. Work requirements do not decrease poverty, or increase work over time.

2. Implement care coordination to support the appropriate use of care instead of requiring premiums for Medicaid or charging co-pays for care that drive down enrollment.

Research studies have found that adding even modest costs to health care creates substantial barriers to accessing care and reduces coverage, particularly for the lowest income. As a result, while use of services may decline, these restrictions are unlikely to be cost-effective or healthy in the long-term. Maintaining continuous coverage is important for managing chronic illness and age-related health concerns. With more people unable to pay for care, health costs will rise for individuals and hospitals.

Care coordination involves a team of health care professionals working together to ensure the patient’s health needs are being met. Coordination of services can improve health outcomes and minimize unnecessary health expenditures. Past Medicaid demonstration waivers have focused on care coordination, finding this type of approach leads to cost savings and improved disease management.

3. Better target eligible populations and cross-enroll people from different services instead of limiting or restricting eligibility.

Limitations on eligibility and access through time caps or procedural restrictions will reduce the number of individuals enrolled in health insurance. Kentucky estimates that about 95,000 fewer people will be enrolled if their waivers go into effect, in part due to the lock-out for failure to report timely changes. The resulting loss of health coverage could make it harder for them to secure and retain jobs.

As discussed earlier, removing individuals from health insurance will likely exacerbate health problems, increase long-term costs, and hurt those who are most vulnerable.

To increase efficiency and decrease costs, rather than removing individuals from Medicaid, consider better targeting those who could enroll in Medicaid and other programs. Studies find that simplifying enrollment across many work supports, including Medicaid, CHIP, SNAP, and child-care, is possible and eases the ability of people to enroll and maintain coverage. Enrollment in multiple programs, such as SNAP and Medicaid, has been shown to help lower health care costs related to hospital admittance and stays in the hospital.

Demonstration waivers are intended to try out new approaches to health care. Whether the goals are to increase enrollment for vulnerable families, increase efficiency or decrease costs, simply reducing the number of people covered by Medicaid is not the solution. It is simply another way of reviving tired, old ideas that did not work before the Affordable Care Act and Medicaid expansion and won’t work again now.