In 2015, the state of Ohio purged hundreds of thousands of registered voters from the rolls. The move disenfranchised people who had no idea they had done anything wrong – especially low-income Ohioans, people of color and the elderly. But all Ohioans who miss a few elections can find their fundamental right to vote taken away by this practice. 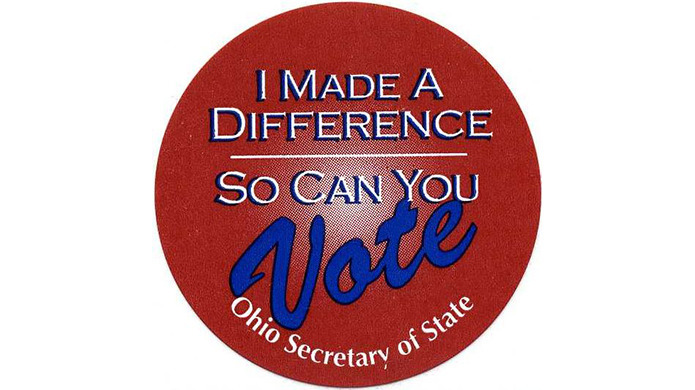 These voters were ensnared by a policy called the “Supplemental Process,” which began in 1994. If a registered voter doesn’t vote for two years, the state sends them a notice. To stay registered, the voter has to respond to the notice or vote during the subsequent four-year period. Otherwise, they are erased from the voter rolls.

In 2016, the A. Philip Randolph Institute (APRI), which works with African-American union members, challenged the practice of purging voters who miss a few elections. A federal appeals court in Cincinnati ruled that the process violated the National Voter Registration Act (NVRA), which prohibits removal of registered voters because of inactivity. The court then entered an injunction covering the 2016 election that allowed over 7,500 votes to be counted that otherwise would have been discarded. The state of Ohio challenged the ruling, and the Supreme Court agreed to hear the case.

This Ohio challenge is now being watched by the whole country with a ruling expected in June.

On behalf of APRI, Demos and the ACLU argue that Ohio is violating the 1993 NVRA by disenfranchising minority voters, especially those, like the elderly or homeless, who have a difficult time getting to the polls. The act seeks to “establish procedures that will increase the number of eligible citizens who register to vote in elections for Federal office.” It prohibits states from purging eligible voters solely based on not voting and requires a positive identification of a change of address in order to remove a voter from the rolls. These restrictions are integral to the law’s goal and to expanding the number of Americans exercising their right to the franchise.

Ohio’s “use it or lose it” voting policy is a critical test of policies towards voter rights around the country and in Ohio. Citizens and lawmakers nationwide are taking notice and adding their voices to the conversation; so far 12 majority-Democratic states have filed a brief in support of APRI, and 17 Republican-led states filed in support of Husted.

The Court’s decision in Husted v. A. Philip Randolph Institute will have far-reaching consequences for the future of voting rights in America. If the Court sides with the state of Ohio, it approves the “use it or lose it” stance on voter rights, spurring other states to adopt similar practices that disenfranchise many voters. If it rules in favor of APRI, several states may have to do more to allow voting. More people will be able to exercise their right without unwittingly finding their names removed from the voter rolls.

Justice for all: continued funding for Legal Aid preserves a bedrock of democracy
August 3, 2017