Posted on 07/25/18 by Intern Writer in Local Sustainability 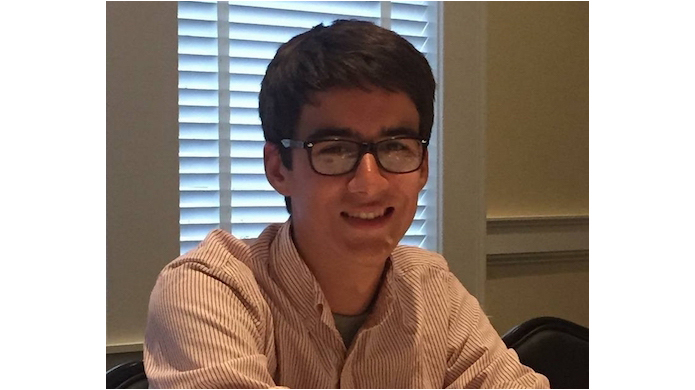 I'm an undergraduate at Ohio State, but when I'm not in school, I live in my parent's home in Avon Lake, a town on Cleveland's west side where I went to grade school. We’re only a few blocks away from the Lake Erie coast. My girlfriend and I enjoy sunsets at the beaches in Avon Lake and Bay Village; I fish with my grandpa off the Lake Erie Islands, and when the water is calm, I sometimes go kayaking off Avon Point. Thankfully, my family lives by a region of the lake where harmful algae blooms are less prevalent and less severe than in other parts of Ohio. We don’t have to check the water quality every day before we turn the sink on, and we can spend weekends at beaches that are free of algae and safe for swimming. However, far too many Ohioans do interact with dangerous algae blooms, and face the health and economic consequences that come with them.

In 2014, half a million Toledo residents faced a three-day water advisory. Residents were warned not to drink, cook, or brush their teeth with the tap water. The advisory was put in place after dangerous levels of microcystin, a liver toxin, were found at a water treatment facility. Microcystin is produced by pea soup-looking cyanobacteria, commonly referred to as blue-green algae, which is fed by phosphorous, nearly 90% of which comes from fertilizer runoff from farmland, into bodies of fresh water, creating the Harmful Algae Blooms (HABs) that have drawn international attention to Lake Erie over the past decade.

The Kasich Administration has taken modest steps to combat algae blooms by reducing the flow of runoff into Lake Erie. In July 2015, in response to the 2014 water crisis in Toledo, the state legislature passed a bill to prohibit use of phosphorous fertilizers in the western basin of Lake Erie during winter months, when it is easier to spread but also easier for rain to wash into nearby streams and rivers.

Aside from the frozen ground ban, the Kasich Administration heavily relies on voluntary action from agricultural firms to reduce phosphorus runoff, offering incentives in the form of grants and tax breaks for farms, allowing them to decrease their phosphorous runoff at their own convenience. In June, the Ohio legislature passed Senate Bill 299, which will allocate $36 million for research and loan programs aimed at reducing harmful algae blooms.

Since then, the Kasich Administration has said, phosphorous levels have improved in Lake Erie’s western basin, but are not on pace to reach the goal of 40% reduction by 2025. In July, Governor Kasich ramped up efforts when he signed an executive order designating eight areas as "watersheds in destress," allowing the Ohio Department of Agriculture to set requirements on nutrients and manure management and requiring individual farms to create and enforce their own nutrient management plans. If approved by the Ohio Soil and Water Conservation Commission, the rules would likely go into effect in 2020. That is, unless they are blocked by the Joint Committee on Agency Rule Review--a strong possibility, given the agriculture industry's vocal opposition, citing the potentially high costs of creating and enforcing nutrient management plans.

Achieving a 40% reduction in phosphorous by 2025 is possible, and it is a great start to a cleaner lake and a healthier environment. However, the Kasich Administration has taken small steps that have yielded small reductions in phosphorous runoff. Ohio needs to do more to reduce phosphorous entering the lake, especially if the state intends to reach its goal by 2025. Agricultural businesses will take part in voluntary programs only if they see value in upgrading their equipment and environmental practices. A tax on phosphorous would further pivot the responsibility to the agricultural industry, without relying on Ohio's farms to police their own phosphorous output. A phosphorous tax of only a few dollars per acre would discourage the over-application of fertilizer while also generating tens of millions in revenue for the state. That revenue could be reinvested in further efforts to reduce the effects of HABs in Lake Erie and lakes throughout Ohio. The fate of Lake Erie could be altered this November. Ohio's next governor will determine whether and how we will protect our natural resources.

Brett Litzler is Communications Director of the College Democrats at The Ohio State University, as well as a member of the Politics, Society, and Law Scholars program. He will soon begin his third year at Ohio State, where he studies Political Science and Public Policy.