To drive or not to drive, that is the conundrum

To drive or not to drive, that is the conundrum

I live in the tiny, picturesque village of Bratenahl. Besides Lake Erie to its north, Bratenahl is completely surrounded by the city of Cleveland. The community is perhaps best known for its sprawling lakefront estates and for being the home of semi-famous Clevelanders, like the owners of the Browns, Jimmy and Dee Haslam. It’s also known as a place where you should not break traffic laws – but as I’ve found – even that might not save you from getting a ticket.

The ACLU of Ohio report on mayor’s courts found that 10% of Bratenahl’s gross revenue is generated by the mayor’s court, a peculiar institution only found in small municipalities in Ohio and Louisiana. The mayor presides as judge over people accused of traffic and municipal ordinance violations. I observed the court and noticed two main things: Most of the people who came before it were black and many of them were cited for driving under suspension. 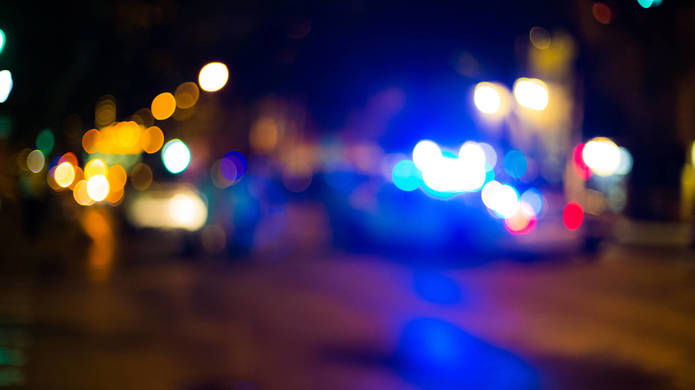 About 1 million Ohioans have suspended drivers’ licenses, according to the Ohio Poverty Law Center. In most cases, people make a calculated choice to drive under suspension. They know they risk another citation if they get pulled over but have no other way to get to work. It’s such a widespread problem that a Republican and a Democrat in the General Assembly came together to address it by introducing House Bill 285, which passed in the House just last week.

In order to get a suspended license back, people must pay a fee ranging from $15 to $650. Most people don’t get their license suspended for unsafe driving, but for a financial problem like inability to pay child support, insurance or court fees. At the Bratenahl mayor’s court, the mayor often waives some of the fees and drops driving under suspension charges to ‘failure to display’. But he’s still piling on more fees, making it even harder for a person who’s already stretched thin to get right with the law.

In 2017, Cleveland.com reporters analyzed license suspensions in Ohio. They found there are 99 license suspensions for every 1,000 residents in zip codes where at least 50% of people have household incomes below 200 percent of poverty level, or about $48,600 for a family of four. The lower the poverty rates in a community, the fewer people driving under suspension.

In 2016, Bratenahl Police made 109 citations for driving under suspension that resulted in appearances before the mayor’s court. About half had no accompanying moving violation like speeding or driving under the influence. Eighty-seven percent were given to black drivers, many who live in the high-poverty Cleveland neighborhoods that immediately surround the village. When drivers are issued citations for driving under suspension with no moving violation, it raises questions about why they were pulled over in the first place: are police singling out black drivers?

At Policy Matters, we’ve documented the inadequacy of Ohio’s public transit system, especially in Greater Cleveland. With service cuts, many people with suspended licenses face a conundrum: They have to work to pay off their fines and fees, but they have to drive to get to work.

There are solutions. The Ohio General Assembly created the Reinstatement Fee Amnesty Initiative, a six-month pilot program from January to July 2019. Under the program, the Ohio Bureau of Motor Vehicles (BMV) could waive eligible driver’s license reinstatement fees for people who receive federal food assistance, the Supplemental Nutrition Assistance Program (SNAP). People who don’t get SNAP can apply to have their fees reduced as long as 18 months have passed since their offense and they’ve completed all other requirements. Court officials, BMV workers, Legal Aid attorneys and volunteers held amnesty clinics in counties and cities across Ohio. Nearly 77,000 people participated in the program; together they saved more than $63 million. By forgiving all or part of people’s reinstatement fees, the program made it less daunting for people to pay back other traffic fees they owed. The state of Ohio collected $3.6 million in fees they likely otherwise would not have collected. It worked so well, legislators extended it another six months.

The driving under suspension conundrum is just another example of the mounting barriers that people who live in poverty – and especially people of color – face every day. On average, Ohio employers pay black workers less than they pay white worker. If the economy takes a downturn, black workers are more likely to lose their job. Black families are also more likely to live in a community that’s far from employment centers, which aren’t easily accessible via transit. So if someone gets a ticket and can’t afford to pay it or loses a job and falls behind on child support, they could lose their license. HB 285 won’t fix all the structural barriers that hold people back, but it will chip away at them. When more people can fully participate in society – that’s good for every community – even my neighbors who live in those big fancy houses on the lake.

Make your voice heard: Let your state senator know you want them to support HB 285.

The Fresh Start Act: A Second Chance for Ohioans with a record
September 6, 2019
Honor MLK with sentencing reform
January 21, 2019