Despite campaign promises made by President Donald Trump to bring back manufacturing, construction, and mining and logging jobs, Ohio still has not seen robust job growth in these sectors. Rather, the state had 2,400 fewer blue collar jobs in September than it did at the end of January 2017.

Between June and September, Ohio saw very little change in these sectors. Just 100 jobs were gained in mining and logging, and fewer than 1,000 were added in manufacturing. The construction sector performed best, adding 1,300 jobs. The first nine months of 2017 did little to reverse the harm workers in these jobs sustained during the last recession.

In Ohio and nationally, these sectors had fewer jobs in September than when the 2007 recession began. Jobs in manufacturing, the largest of the three sectors, are still down 9.6 percent in Ohio, and 9.4 percent nationally. Mining and logging, which only accounts for about 11,000 jobs in Ohio, is down more than 4 percent, about double the rate of loss nationally. Construction, which has fared better than the other sectors in Ohio and the state’s only blue-collar sector that has outperformed the national average, is still down 3.5 percent. The monthly data is preliminary and could be subject to substantial revision in February, but 2017 has not brought the blue-collar job resurgence Trump promised during the 2016 presidential campaign. 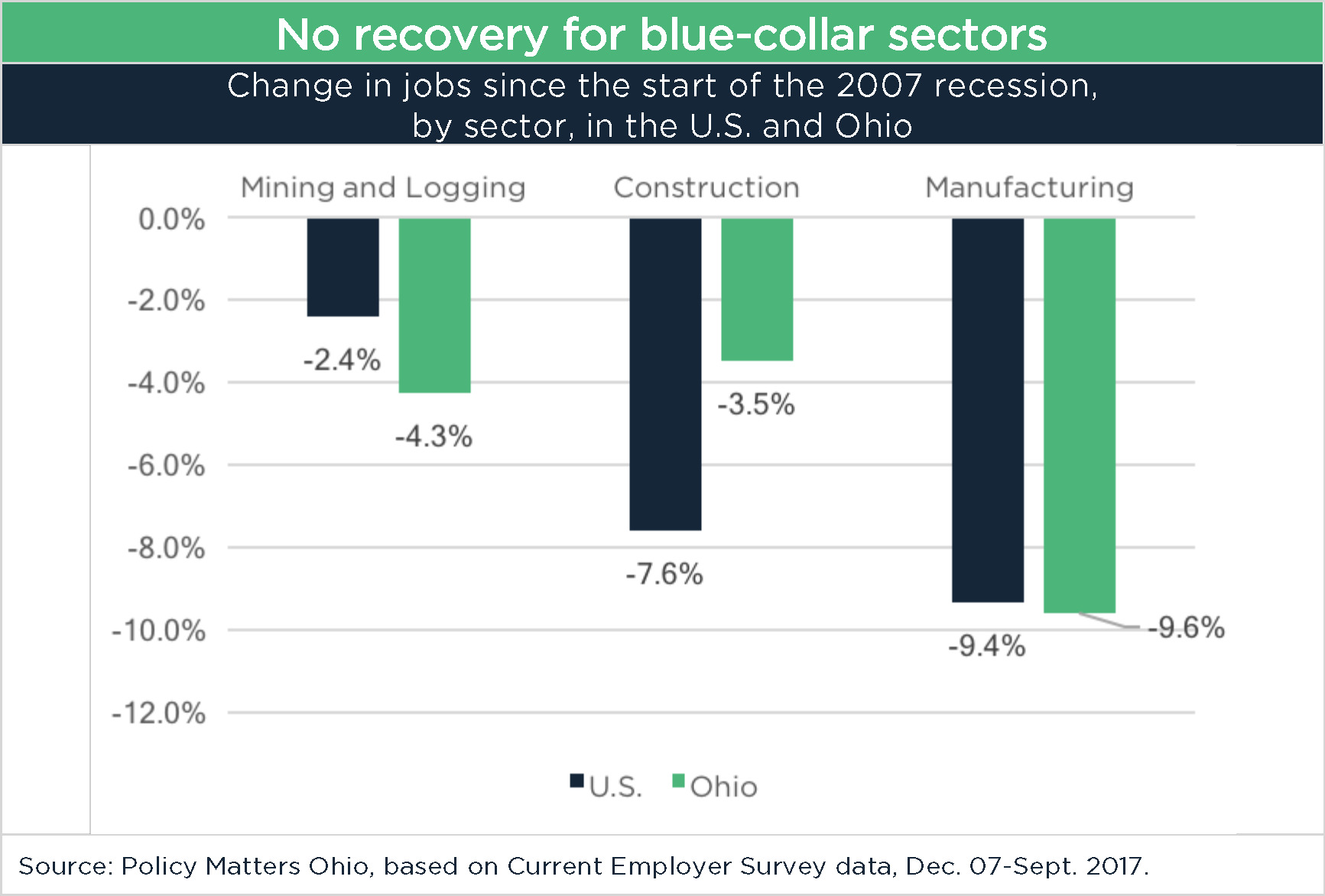