We send too many people to prison in Ohio. Many should not be there. Issue 1 will free up resources for addiction treatment, crime prevention and crime victim services, making Ohio safer.

In Ohio, many people are in prison either for violating probation in ways that are not themselves a crime, or for possessing or using drugs. Keeping them in prison is expensive and drains resources for other needs like education, health care or job training. It is also extremely costly to Ohio families, Ohio communities, and the Ohio economy.

Ohio kept nearly 50,000 people in prison in 2018[i] at a cost of more than $1.8 billion. At least 95 percent of them will eventually be released.[ii] Even then, they, their families, and their communities continue to suffer because being in prison makes it permanently harder to build a new life. 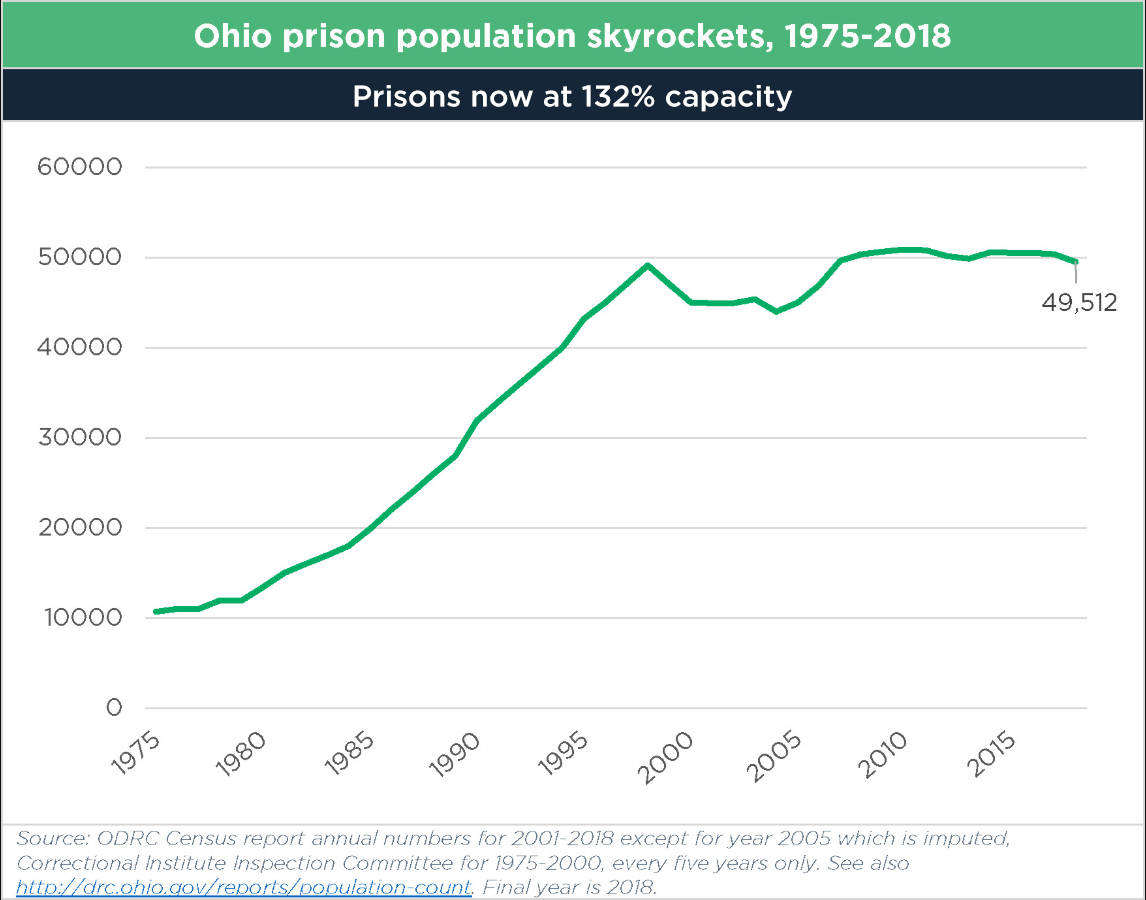 Serving time in prison makes it harder to find employment, gain education, stay married or in a committed relationship, or fulfill parental obligations. Those who’ve been in prison are more likely to be in poverty, to need public assistance, and to be in poor health. Their neighborhoods are less functional. Even their children are more likely to be unhealthy and to struggle in school.

Ohio Issue 1, on the November 2018 ballot, will redirect an estimated 10,000 Ohioans from prison to community treatment. By diverting people from prison in the first place and by shortening prison terms, Issue 1 will free up resources.

Our analysis shows that Issue 1 will redirect over $136 million a year to be used to treat addiction, prevent crime, and assist crime victims. Issue 1 reclassifies some drug possession charges as misdemeanors, prevents reincarceration when the only new charge is a probation violation, and allows more earned credits for good behavior.

Issue 1 will send some people into community treatment instead of prison, when their only offense is either a minor probation violation that is not in itself a crime, or possessing or using drugs. By treating these people in the community, Ohio will prevent some of the harm that comes from spending time in prison. These Ohioans will be healthier, more employable, and more able to avoid committing new crimes or needing public assistance. They will be better able to be good parents and family members. We estimate that nearly 10,000 Ohioans will be treated in the community instead of prison in the first full year of implementation under Issue 1. This will redirect money from prisons to crime prevention, addiction treatment and assisting crime victims. But even aside from this smarter use of resources, Issue 1 will reduce individual, family and community problems in Ohio. 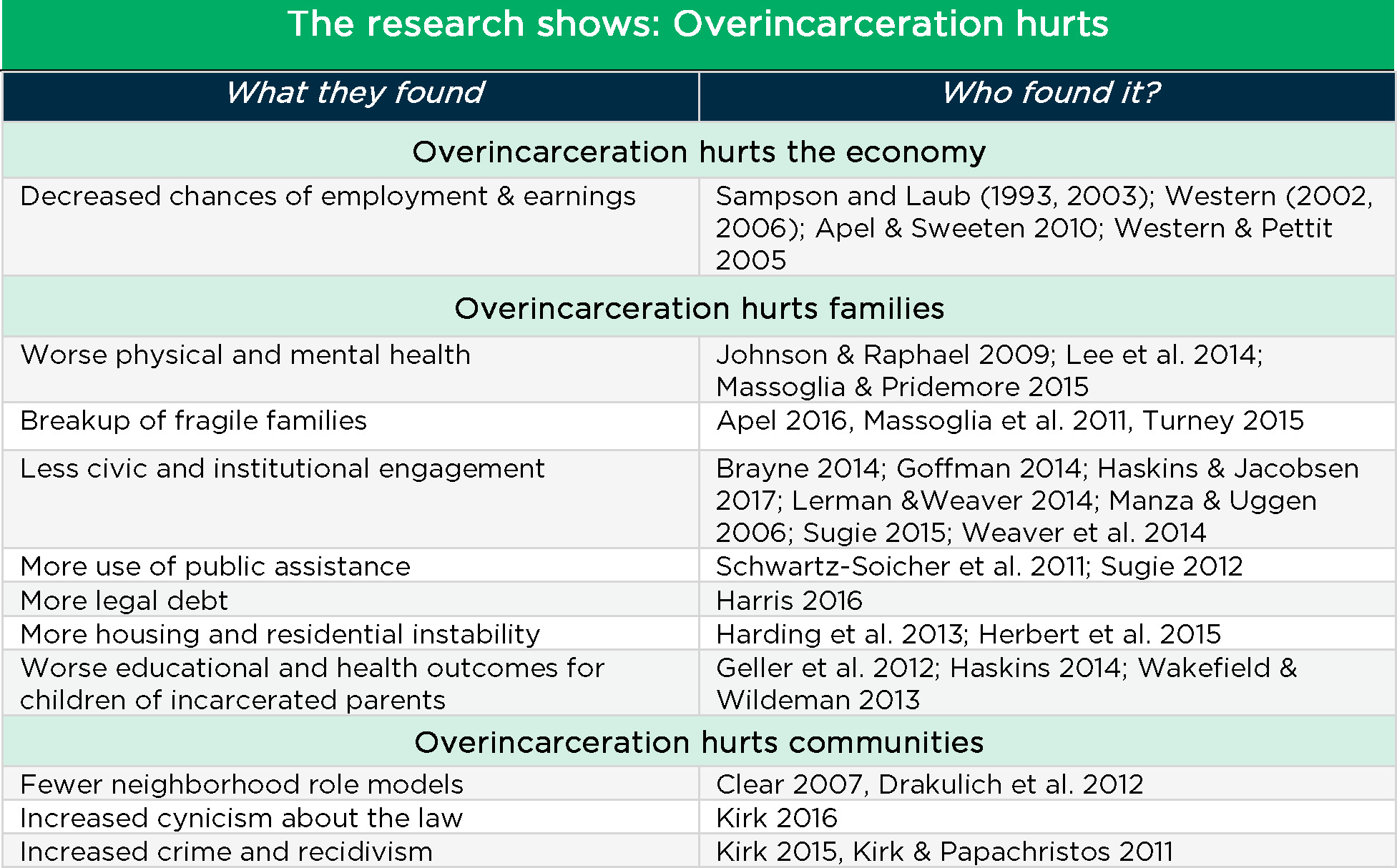 [i] Bennie, Craig R. 2018. January 2018 Census. The Ohio Department of Rehabilitation and Correction.