More than 35,000 foreclosure cases were filed in Ohio county courts in 2017. This remains well over twice the rate we saw in the mid-1990s, specifically from 1993 to 1995, when predatory home loans became an enormous factor in Ohio’s economy. Last year’s foreclosure level was nonetheless an improvement over 2016 and every other year since 2000. The new filing total—35,169—was about 10 percent fewer (3,794) than in 2016 and is the smallest number since 2000.[1] It equates to one foreclosure filing for every 146 housing units in the state[2] and is down by about 60 percent since its peak of 89,053 in 2009.[3] This follows a general trend of declining foreclosure filing rates since the devastating rates in 2009. However, 27 Ohio counties still experienced an increase in foreclosure filing rates from the previous year.[4] Figure 1 shows annual foreclosure filings over the past 27 years. Although filings are well below the peak, they remain close to 2.2 times above the 1995 level of 15,975. 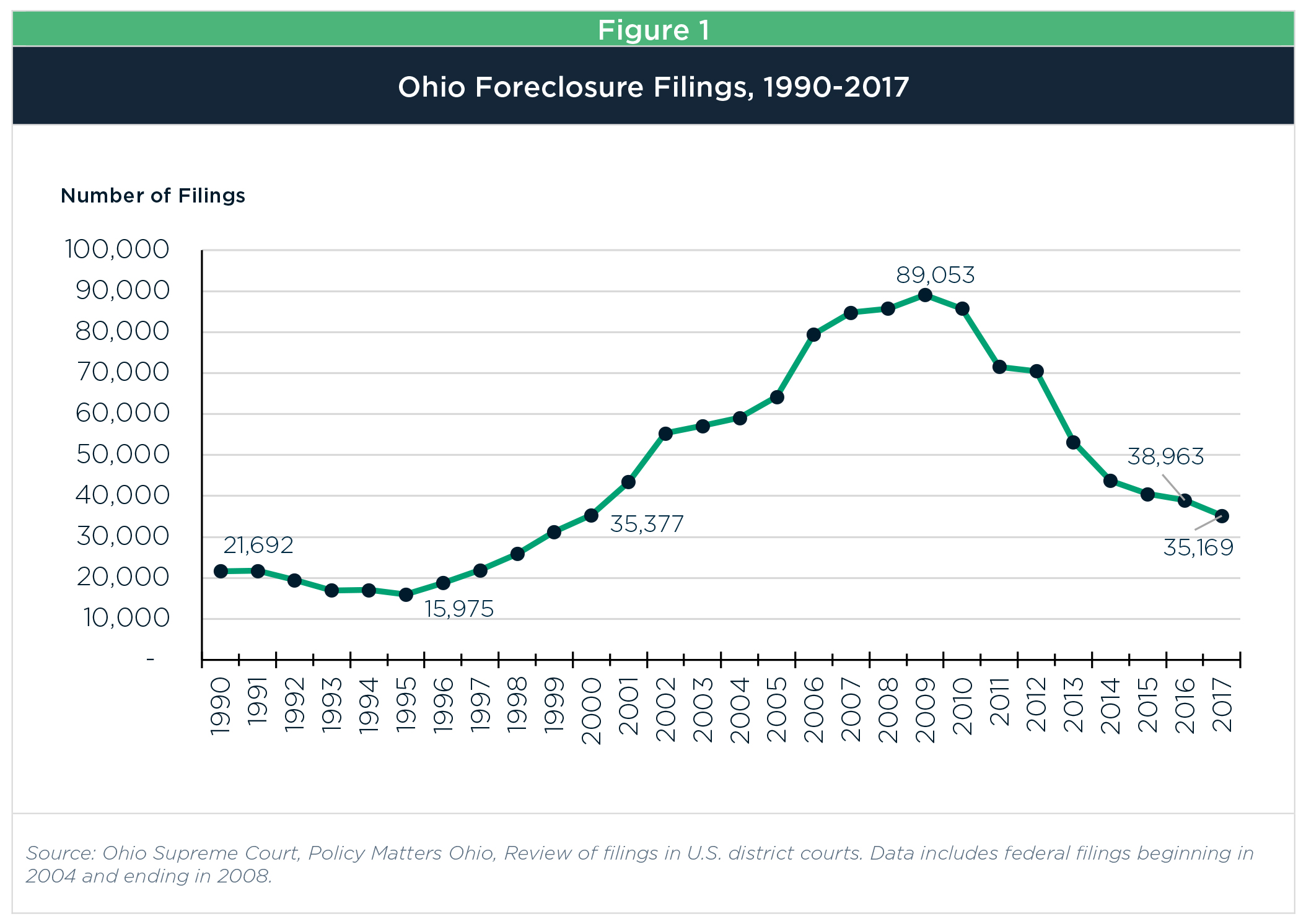 The ten most populous counties in Ohio accounted for about 58 percent (20,315) of the state’s 35,169 filings in 2017. As Table 1 shows, all but one of these experienced a decrease in foreclosure filings, with Montgomery and Summit Counties leading the pack with a decrease of 17 percent each. Declines in other counties ranged from 7 percent to 16 percent. Butler County saw an increase of 4 percent. In 2016, only four of the most populous counties (Summit, Butler, Cuyahoga, and Montgomery Counties) experienced a decrease in filings.

Table 3 illustrates changes in the ten hardest-hit counties between 2016 and 2017, and the relatively sharp increase between these years in the highest foreclosure filing rate (from 5.6 in 2016 to 7.57 in 2017). Hocking and Guernsey counties saw by far the largest relative increase in filings last year from the year before. Six of the ten hardest-hit counties from the 2016 list were also on the 2017 list.