Thank you for the opportunity to submit comments to the Finance Committee on the proposed Graham-Cassidy-Heller-Johnson bill. Policy Matters Ohio is an Ohio-based policy research institute that closely examines budgetary and health implications of state and federal policy decisions and we’re grateful to be able to summarize some of our findings here.

All Americans want to be healthy and receive the care they need when they are sick. We are very discouraged that instead of taking bipartisan steps to improve the strength and stability of America’s health insurance system, this legislation threatens the health and financial security of millions of Americans.

The Affordable Care Act (ACA) has helped more Ohioans achieve access to health care and protection from financial ruin due to sickness or injury. Through the ACA, Ohio was also able to enroll about 200,000 people in a marketplace plan, more than 700,000 through Medicaid expansion, and drop the uninsured rate to 6.5 percent in 2015. As a result, now more Ohioans receive care, fewer Ohioans struggle to pay medical bills, and hundreds of deaths are avoided each year.[1]

The Graham-Cassidy-Heller-Johnson (CGHJ) bill would reverse gains made by the ACA, leave millions uninsured, and create new financial risks for states that threaten health care for all. The bill falters on coverage, process and equity, and will have disastrous impacts on Ohio and our families.

CGHJ eliminates the ACA’s marketplace subsidies and tax credits, which help Ohioans afford coverage. The bill also places per capita caps on the Medicaid program, and ends the flexible federal-state fiscal partnership that allows Medicaid to meet demand in times of recession, natural disaster, and epidemics. Like the previous bills, which Senators McCain, Murkowski, Collins, Portman, Heller, and countless others raised objections to, the cuts and caps will force states to make hard choices about who gets served, and what services can be afforded. Over time, millions will lose coverage as out-of-pocket costs soar and consumer protections, which ensure coverage regardless of gender and health status, are reduced. Estimates suggest that by 2027, upwards of 32 million Americans would lose coverage.

The expansion of health insurance through Medicaid and the marketplace has helped provide coverage to hard working lower-income Ohioans. The vast majority of people who would lose insurance are working families. Under the ACA, the uninsured rate among working Ohioans declined 39 percent. Many of these working Ohioans gained coverage through Medicaid expansion, which covered people a family of three making $27,800 a year or less. Many do not have health benefits through their jobs, despite working full time. These are the workers that make up the backbone of the state’s economy. Repeal will leave these hard-working Ohioans out in the cold. 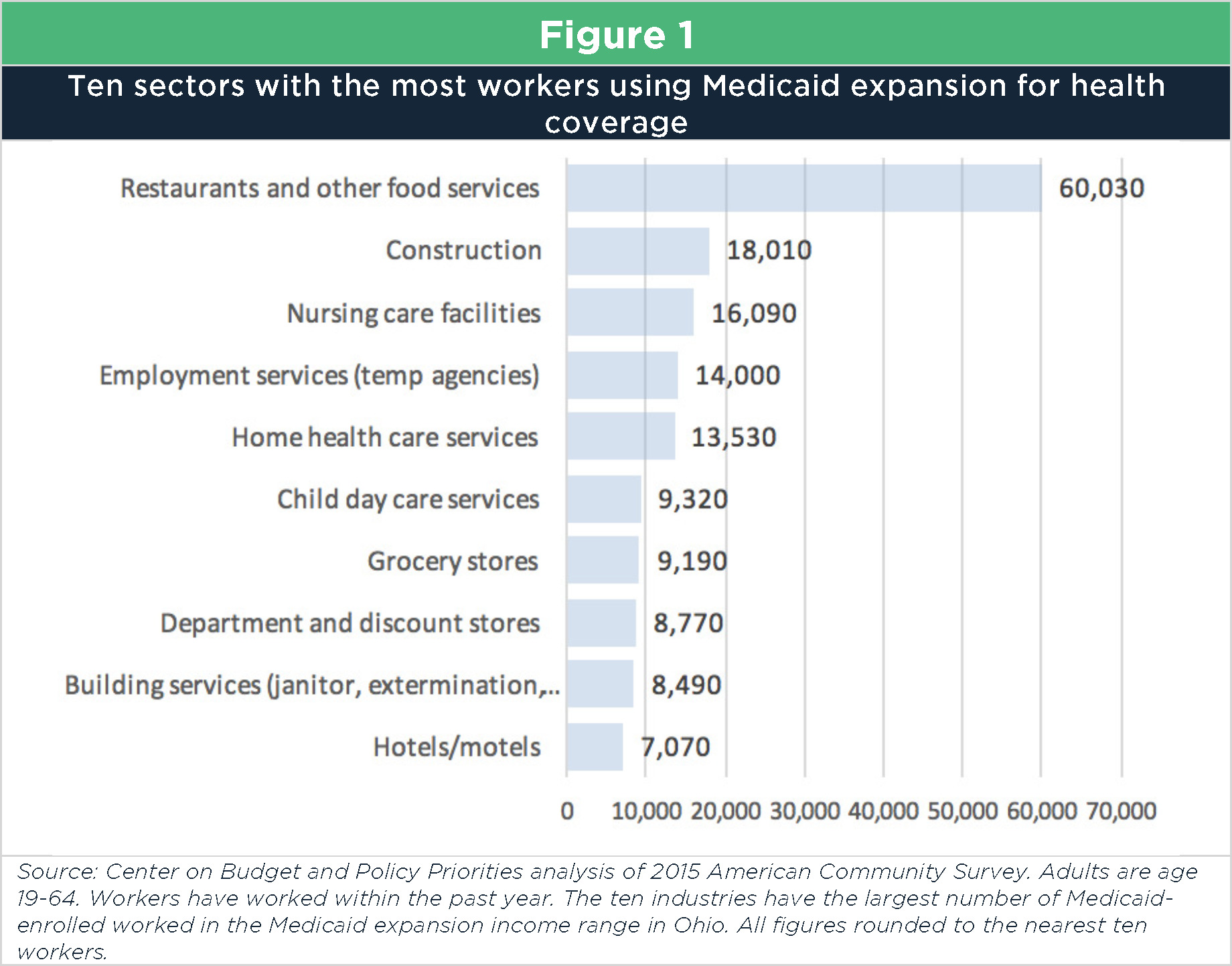 Children also benefitted from the ACA and more than 1 million of Ohio’s children get health care through Medicaid. The expansion of CHIP and Medicaid under the ACA has driven Ohio’s uninsured rate among children down to 4 percent; in 2015, 1.2 million Ohio children were enrolled in CHIP/Medicaid and 29,000 were enrolled in marketplace coverage.

This is not unique to Ohio: Children in states with Medicaid expansion gained insurance at the highest rates, according to recent study by Dr. Hudson and Moriya (2018). If every state had expanded Medicaid, 200,000 more kids would likely have gained coverage from 2013-2015. Making sure our children are healthy and well-cared for requires maintaining the gains made in health insurance enrollment for families and adults. Children cannot possibly be protected if cuts of this type and magnitude are enacted.

The health care industry has been pivotal for Ohio’s job creation and growth. Funding cuts in the GCHJ bill will ripple throughout the state economy, affecting hospitals, other health care providers, laboratory services, doctor’s offices, and even the local restaurants where health care workers get lunch. This plan doubles that risk by increasing the number of uninsured hospital visits, putting new costs onto hospitals and care providers. In 2015, researchers with the Kellogg School of Management at Northwestern University found that each uninsured person costs U.S. hospitals $900 a year. Hospitals on average need to cover about two-thirds of these costs. With such drastic cuts in funding and insurance coverage, Ohio’s hospitals stand to lose billions. 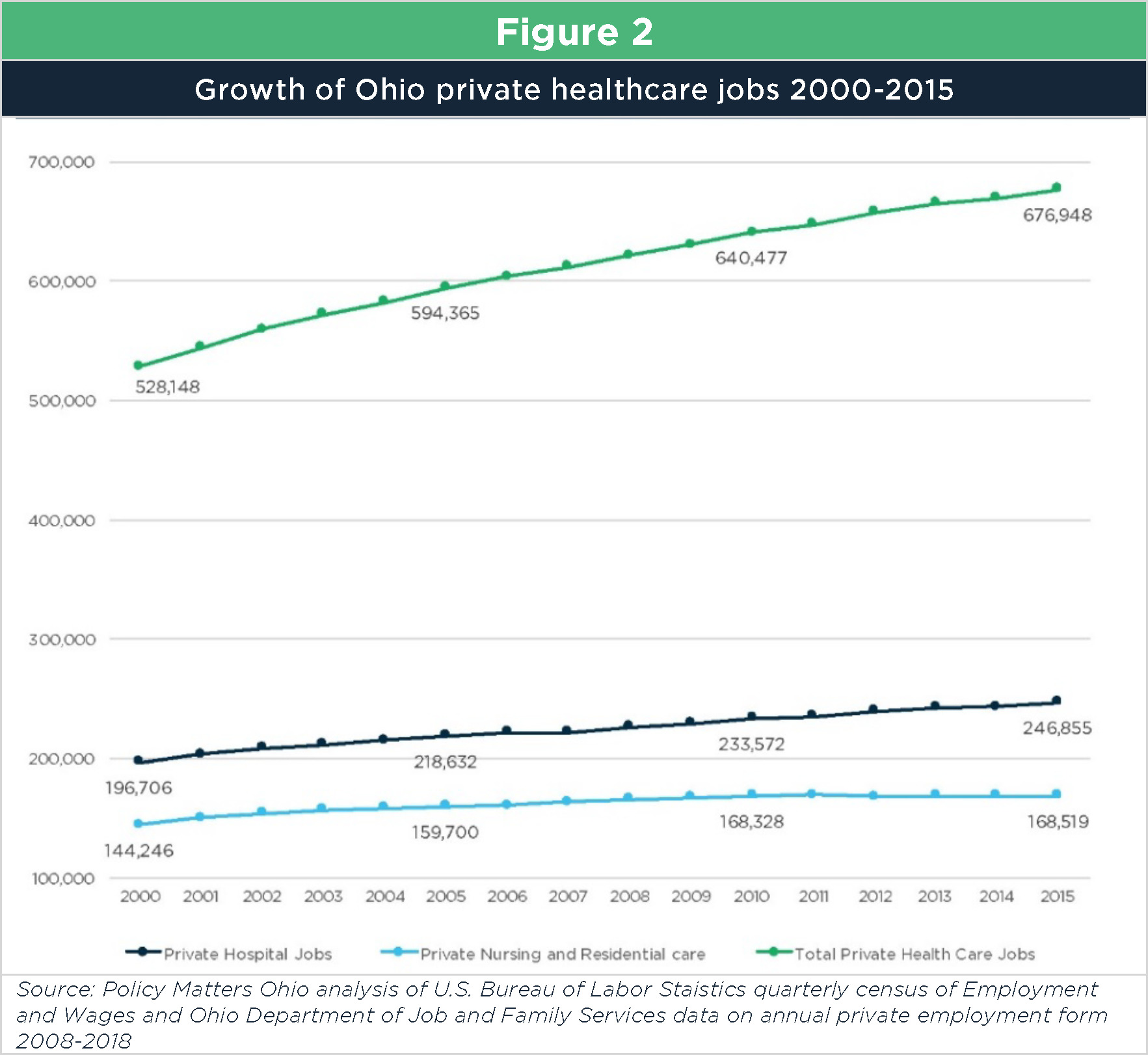 Under the GCHJ plan, Ohio takes on new risks and costs. GCHJ replaces ACA funding with block grants that disappear in 2026. This will cut Ohio’s federal funding for health coverage by $2.6 billion by 2027. Similarly, this proposal ends federal matching funds for the Medicaid expansion in 2020 and converts the Medicaid program into a per capita cap. The per capita cap alone would reduce federal Medicaid spending by 12 percent ($1.1 billion) by 2036. Additionally, the funding shift in 2021 will redistribute funding from Ohio to other states.

The proposed block grants and per-capita caps provide insufficient funding to Ohio to continue coverage of its insured population. The capped payments would grow more slowly than actual Medicaid expenditures, leaving Ohio without sufficient funding to meet its current obligations. The block grant is inadequate overall, the formula favors non-expansion states, and it ends entirely in 2026, leaving Ohio without funding to replace the lost expansion funds. This punishes Ohio for working hard to successfully insure hard-working Americans.

The combined changes in financing leave Ohio in a particularly precarious financial position. These funding changes leave states with little flexibility to weather downturns or crises that may push their costs up. Ohio will be in a uniquely problematic position because of our aging population and mounting challenges associated with the drug epidemic. This proposal puts Ohio, and all of our health partners in the state--safety net providers, hospitals, doctors—in a challenging and risky position.

Endangers those with pre-existing conditions

The lack of protections gives insurers the option to charge an exorbitant price for coverage, hitting many of Ohio’s most vulnerable residents the hardest. According to the Center for American Progress, those addicted to opioids –as well as those with chronic illness such as rheumatoid arthritis—would face surcharges of more than $20,000 a year in addition to regular premiums. This could lead to discrimination against segments of the population (e.g., older adults, LGBT community) or consumers with specific chronic conditions (e.g. mental health or substance use disorders).

Reduces services to those with substance abuse problems, and mental health concerns

The combination of cuts to Medicaid and waiving rules on pre-existing conditions would also leave Ohio without options to treat citizens with substance use disorders or mental health concerns. Cuts to Medicaid cut access to treatments and life-saving overdose medicine for those with drug addiction.

Additionally, this proposal allows states to waive the requirement that insurers cover essential health benefits including mental health services, substance abuse treatments and maternity care. This could return us to a time when insurers only covered short-term, minimal treatment for mental health or substance use disorders, if they covered it at all. Before the ACA, almost half of plans in the individual market excluded addiction treatment. 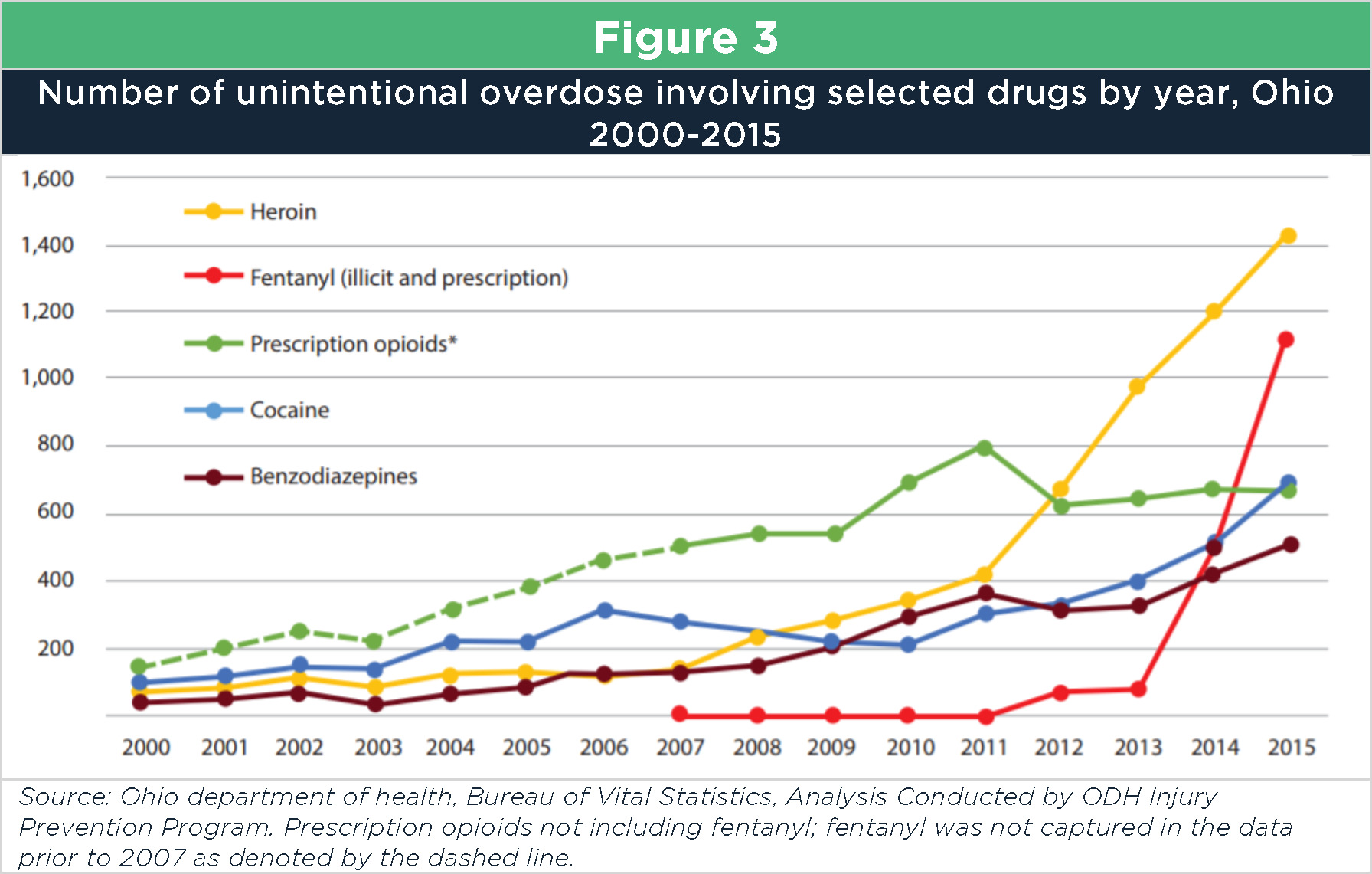 Unlike past bills, where no alternative was on the table, today we have two viable, promising, and bi-partisan solutions to consider: Kasich-Hickenlooper and Alexander-Murray. These plans offer a promising, realistic option for stabilizing health insurance markets and improving an already effective system, rather than replacing it with a cruel, rushed bill that will hurt a majority of American states and leave millions without access to affordable coverage.

Health care is needed to create a sustainable, healthy and thriving America. We cannot support a bill that allows hard working Americans and their children to live without access to equitable, affordable health insurance. Passing Cassidy-Graham would roll back the achievements of past five years, and leave states scrambling to insure their children, aged, and hard-working families that deserve the opportunity to access health care.

[1] Department of Health and Human services, compilation of State Data on the Affordable Care Act 2016 (https://aspe.hhs.gov/compilation-state-data-affordable-care-act)

[2] Policy Matters Ohio analysis of U.S. Bureau of Labor Statistics (BLS) Quarterly Census of Employment and Wages (QCEW) and Ohio Department of Job and Family Services data on annual private employment from 2008-2015. Employment Codes included are 620 (Ambulatory Care), 622 (Hospitals) and 623 (Nursing and Residential Care). Note: BLS confidentiality standards sometimes preclude reporting QCEW data where a single firm dominates an area or industry. Only 19 counties reported hospital employment figures. This means that total state employment calculated by adding together the individual county totals is different than the statewide employment figure. The gap between the total health care employment calculated from the counties and the total generated from the statewide data is about 54,000 jobs, or about 8 percent of the statewide sector total. Data for Vinton County was unavailable from the ODJFS QCEW retrieval tool. The Vinton County 2012-2015 numbers were pulled from the Department of Labor. This data reflects only private employment in the health care sector, though public entities play a large role in health care. These job numbers, therefore, are quite conservative. Much data on jobs in public entities like ambulatory centers, hospitals, nursing facilities and in public health administration is not reported due to confidentiality standards, which is why this report focuses on the private sector.