Posted on 12/19/17 by Victoria Jackson in Education & Training

The GOP federal tax overhaul slashes taxes for the wealthy and corporations at the expense of our country’s future. The bill increases the deficit by $1.5 trillion, paid for in part by siphoning resources from public schools and higher education. The bill will damage the nation for decades to come and the repercussions will be felt in classrooms across Ohio. 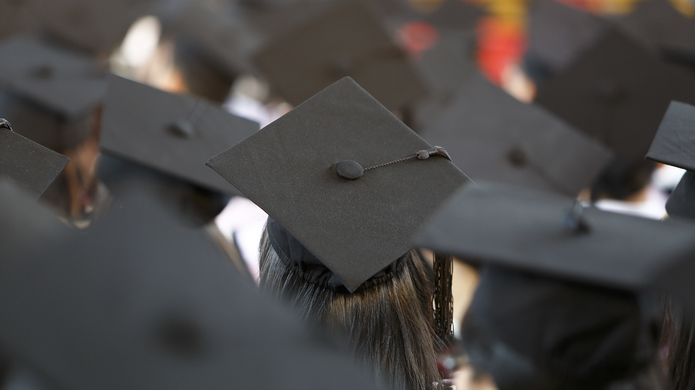 Trump’s budget blueprint from earlier this year gives us a sense of how the Republicans plan to pay for the wildly expensive upward distribution of wealth that was spelled out in the tax plan. Both that Trump budget and House appropriations bill call for draconian cuts to K-12 and higher education. Both cut the U.S. Department of Education budget annually – the Trump budget slashes it by $9.2 billion (13 percent), the tax plan slices $2.4 billion (3 percent). Cuts of that size could significantly reduce the $5.7 billion in grants Ohio received from the U.S. Department of Education in 2016. This would lead to deep cuts in programs that prepare teachers, help students learn, and make college affordable.

Public schools are primarily funded at the state and local level, but federal funding is still important. Both the tax bill and the Trump budget especially hammer teacher training and after school programing. They propose eliminating the Supporting Effective Instruction State Grant program (also known as Title II, Part A), which supports preparation for teachers, class size reduction, and professional development. Ohio received an estimated $84.5 million from this grant in 2016. Its elimination could force schools to lay off teachers and reduce teacher training which is essential for student success.

After-school enrichment programs are also on the chopping block in both proposals. The 21st Century Community Learning Center grant provides after school and summer academic and enrichment programs for 1.6 million students nationally, 70 percent are students of color. Of the $1 billion spent nationally, Ohio received $43.2 million in 2016. Over 43,000 children participate in these programs across Ohio. Research shows that these programs improve attendance, attitude towards school, suspension rates and academic performance. As a state with poor childcare access, Ohio can’t afford to lose a critical funding source for after-school enrichment. Eliminating these grants would rip important educational programing away from our children.

The GOP attack on education goes beyond high school. Many professions that make our communities vibrant, our country innovative, and our economy strong require the additional skills and technical knowledge gained from higher education. Teachers, engineers, social workers, medical professionals, HVAC technicians and computer scientists all need college degrees or certificates. The GOP tax bill makes it harder for Ohioans to pursue these careers by making college more expensive. To fund tax cuts for corporations and the wealthy, Trump and GOP lawmakers propose deep cuts to essential college affordability programs.

Pell Grants are the main way that low-income students afford college. Subsidized loans are the second key source of help – these are need-based loans that don’t accrue interest while a student is in school. Both are on the chopping block. During the 2015-16 academic year, 221,494 students at Ohio colleges received $800.8 million in Pell Grants and 242,240 students received $900.9 million in subsidized loans. If lawmakers cut the mandatory portion of Pell Grant funding over the next 10 years, the maximum award could be reduced from $5,920 to $4,860 or the grant could be eliminated for 2 million students, more than 25 percent of recipients. If subsidized loans are eliminated, interest owed could increase up to $6,600 over the life of a loan. The tax plan will gut college affordability. It makes college more expensive and less accessible for all but especially for moderate-income people and people of color. These students will be harder hit because, with much lower family wealth, they borrow more for their education and have a harder time paying back their debt.

Congress should go back to the drawing board and produce a tax plan that creates opportunity for working class kids to get a good education and a shot at college. This plan does the opposite. The dangerous bill that is coming before Congress adds $1.5 trillion to the deficit, dramatically slashes taxes for the wealthy and corporations, and eliminates pathways to opportunity that were carefully cultivated over the course of the 20thcentury to make our communities more educated and stronger. The House and Senate should vote against any tax plan that enriches the 1 percent at the expense of education. If we want strong communities and a vibrant economy we should invest in education – not throw money away on tax cuts for the privileged few.