The Ohio Civil Rights Commission (OCRC) is the state-level agency responsible for the enforcement of civil rights laws in Ohio. The OCRC handles claims of discrimination in employment, housing, public accommodation and credit. It also addresses cases of disability discrimination in higher education. Cases are handled through mediation or by conducting an investigation. Earlier this year my colleague Wendy Patton examined its enforcement capacity and funding. She found that inflation-adjusted state funding has dropped since 2000. Staffing has plunged from 199 people at its peak to just 80 people today. It cut regional offices and is doing less education and outreach, even though harassment cases filed at the agency jumped by 41 percent since 2016. Harassment complaints have risen nationally as well. At the national level, the Equal Employment Opportunities Commission had one staffer for every 32,000 American workers in 1980 – that has plunged to just one staffer for every 77,000 workers today and most cases are closed without the EEOC issuing a conclusion. 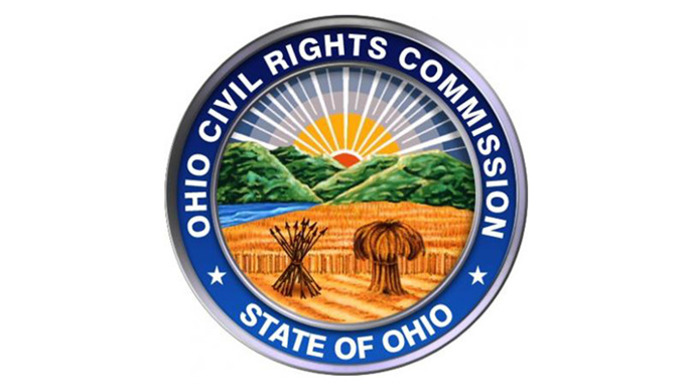 Across the 33 states from which at least some claims data was found, Ohio had more claims per year than any other state except California. There is strong correlation between state population and number of claims, but with large variation. For example, Florida, which has nearly double the population of Ohio, receives less than half as many claims than Ohio every year and Wisconsin receives nearly twice as many complaints as Colorado despite their populations being almost equal. Although it may seem troubling that Ohio receives so many complaints, it may be a good sign. The fact that there are so many people complaining could mean that more Ohioans feel empowered to push back when faced with discrimination and are aware of the mechanisms in place for them to address the problem.

This rate of complaints is interesting given that Ohio does not have a particularly large number of protected classes. Beyond those which are protected federally, Ohio covers pregnancy, ancestry, military status and familial status (only applicable in housing cases), but other states protect more groups. Notably missing are protections for the LGBTQ community. While over 20 other states have made it illegal to discriminate on the basis of sexual orientation and/or gender identity, Ohio does not have laws regarding either. State Senator Nickie Antonio and others have a bill to fix this. Some other states, but not Ohio, protect people from discrimination because they’ve experienced domestic violence, because of genetic information, or because of an arrest record.

Over the past decade the OCRC has done a good job managing the large number of complaints. It processed more complaints than it has received in 9 of the last 10 years, something that none of the 11 states with sufficient data to compare were able to do. It has also managed a rate of 94 completed investigation per investigator in 2018, better than all but 5 of the 20 other states analyzed and an increase over 2017.

Funding in Ohio is inconsistent and less than in the past, but Ohio seems to compare well in terms of funding to states like Idaho and South Carolina, which do not provide any funding at all to their state civil rights agencies. Ohio allots just 75 cents a year for each resident – other states for which we could find data provide similarly modest funding – 67 cents per person per year on average. Other states allot more funding for each complaint filed however: Ohio allotted a little over $2,400 per complaint filed in 2018, while some states provided over $4,000 per complaint filed. And most states are dropping their support – Colin Gordon of the University of Iowa found, in not-yet-published data, that all nine Midwestern states he examined slashed their funding over the past decade.

Overall, this demonstrates that Wendy’s findings about civil rights enforcement in Ohio are deeply concerning. We have always provided a miniscule amount per capita to make sure that Ohioans are protected from harassment and discrimination at work and in housing, lending, universities and public spaces. Our commitment has been dropping, at a time when the federal commitment is dropping as well. This leaves Ohioans less protected than they should be. But as upsetting as this is for Ohio, my examination of other states reveals that many places do even less to protect their citizens from discrimination.