1: We are losing one great executive director. Amy Hanauer will leave Policy Matters in January to take the helm of Institute on Taxation and Economic Policy. If you’re interested helping us make Ohio work for everyone, apply here.

1,000: Ohio employers cut 1,000 jobs last month, according to Hannah Halbert’s JobWatch. That's been the story in five of the last 10 months. Sure sounds like a downturn to us! Ohio’s sluggish economy makes a strong case for state lawmakers to protect Ohioans from a recession by doing things like extending unemployment insurance to low-wage workers.

$27,729: To initially qualify for help affording child care, an Ohio family of three can’t make more than $27,729 a year. That’s worse than in 47 other states. In his new report, Will Petrik shows how state lawmakers could set kids up for success and support working families by properly funding early childhood programs.

$48.8 billion: Ohio lawmakers appropriated $48.8 billion in state dollars for the 2020-21 state budget’s General Revenue Fund. That’s an increase of $3.7 billion over the previous two-year budget, according to analysis by Wendy Patton. Lawmakers increased support for programs that help Ohio’s kids – especially those most at risk – but overall, they passed another budget that rewards the wealthy while underfunding schools, transit and other vital programs.

1 million: That’s how many Ohioans have suspended licenses – many due to financial problems like being unable to afford insurance or falling behind on child support payments. Without a robust transit system, people with suspended licenses who need to get to work face a tough choice: Drive and break the law, or risk losing their jobs. Caitlin Johnson wrote about how legislation that recently passed the Ohio House could help break people free from the driving under suspension conundrum.

1,452: That’s how many Ohio lives have been saved thanks to Medicaid expansion, according to a report from the Center on Budget and Policy Priorities. In total, the report shows that Medicaid expansion under the Affordable Care Act prevented over 19,000 premature deaths. On the other hand, 15,600 older adults died prematurely because their state leaders decided not to expand Medicaid. 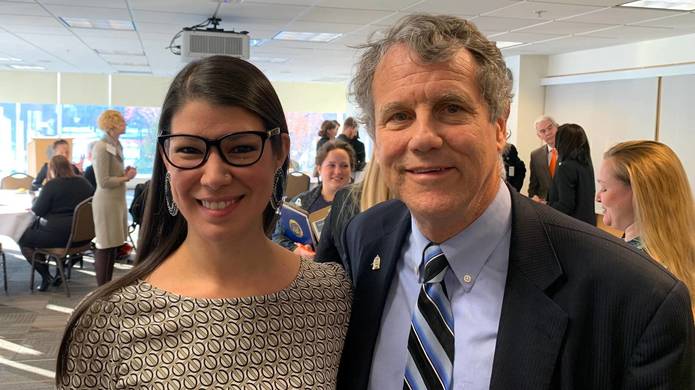 Amanda Woodrum will speak at the Health and Environmental Funders Network convening in California next week. She will talk about what it means to re-imagine an economy that isn’t reliant on fossil fuels and extractive industries.

Former New York Times labor reporter Steven Greenhouse will discuss the future of labor at the City Club of Cleveland on Thursday, November 21st at 12 p.m.

The United Labor Agency and the North Shore Federation of Labor are cosponsoring a screening of “Union Maids” at the Cleveland Museum of Art on Friday, November 22 from 7-8:30 p.m. Watch the documentary and stay for a Q&A with one of the filmmakers.

This Sunday, Amy will appear on the State of Ohio with Karen Kasler. Check local listings.